Omar Cites ‘The Onion’ As Support In Her Battle With Trump

Rep. Ilhan Omar (D-MN) cited ‘The Onion’ as support in her battle with President Trump.

No self-awareness… zero. The Democrats continue to overdose on stupid on an hourly basis.

She doesn’t seem to understand that it’s a parody site. 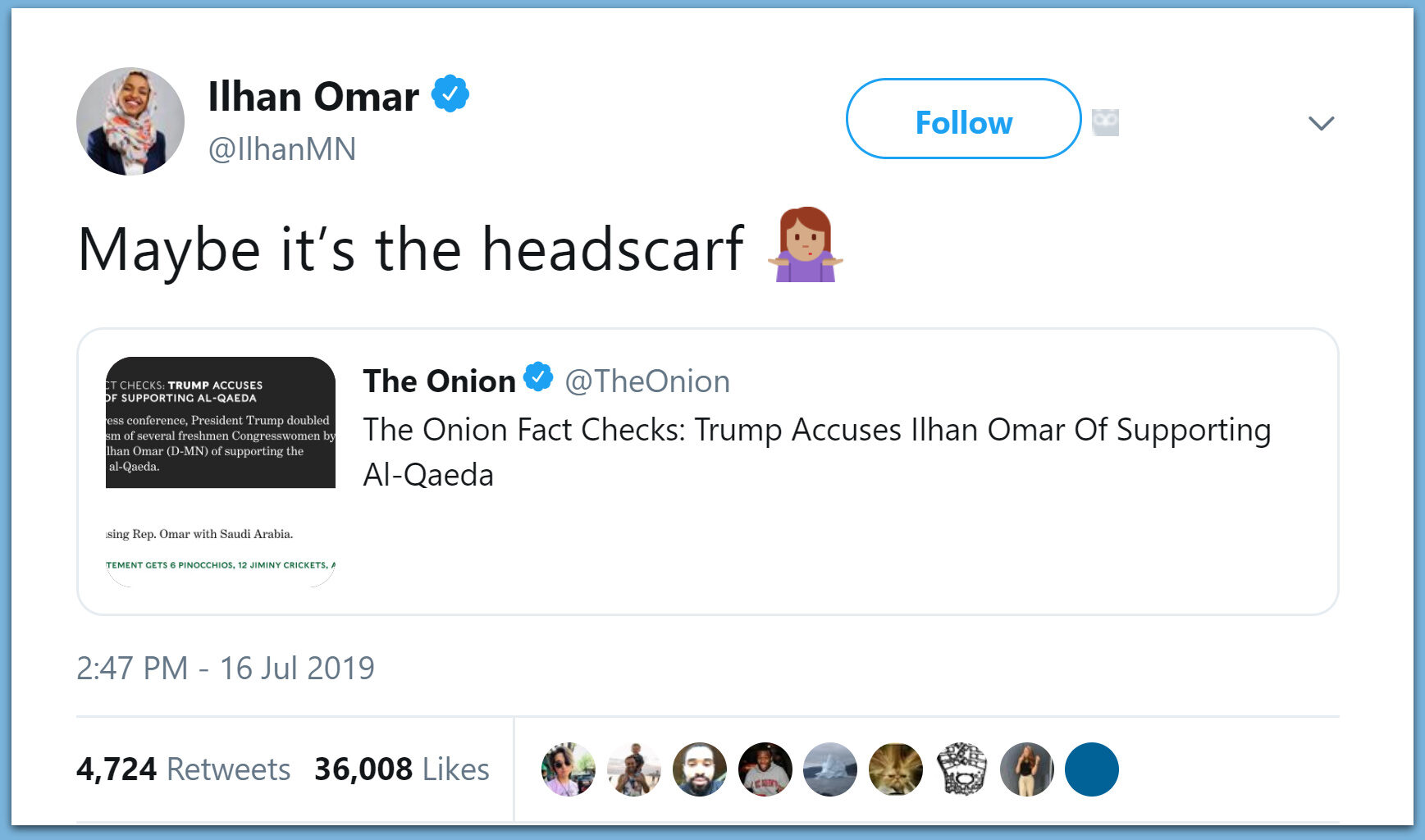 • giggling on camera about al-Qaeda

• drawing moral equivalence between the U.S. and al-Qaeda

• claiming to be ashamed of the US

• “some people did something”

Since the media refuses to provide any context, a thread of statements made by the socialist “squad” in the House:

Ilhan Omar laughing about al Qaeda, wondering why we don’t speak of America in the same tonespic.twitter.com/56rsf5dwoo

Nah, it’s cause you condemn our POTUS, but refuse to condemn Al-Qaeda.

1) The Onion is a parody site and 2) video of you @ilhan all giddy over #AlQaeda. I think the latter nailed ur coffin. #NeverForget911 It wasn’t just “some people” #Terrorists

Or maybe it’s the Benjamins remark…or the Israel is hypnotizing the world remark.

Someone needs to peel back the layers.

Does she realize that the Onion is satire?

Only in America do we have Congress using the Onion to fact check something.????

You personal inability to denounce them was enough.

Nah it’s because of this

Nobody says America, Army with that intensity! ???? pic.twitter.com/hXyPsZFvuv

If you don’t LOVE my Country LEAVE pic.twitter.com/ocGAOseiuF