Paramilitary Police in America: How Did It Happen?

It is clear that things have changed in America and much of it is due to two wars: the War on Drugs and the War on Terror. These ongoing conflicts have brought about major changes in the way law enforcement does business with Americans every day.

Because of the so-called war on drugs, SWAT teams began springing up across the land, tactically armed and ready to do whatever became necessary to overcome the drug problem that this country faces. The fight against terrorism has also been added to the picture and because of it, the same SWAT teams can be seen herding people out of their homes (without warrants), searching them (illegally), and then the homes they just vacated (also illegally), as was done recently in the aftermath of the Boston Marathon bombing. Amazingly, nearly 90% of people polled believed that the police did a great job. This of course, is in spite of the use of force and restriction of rights. 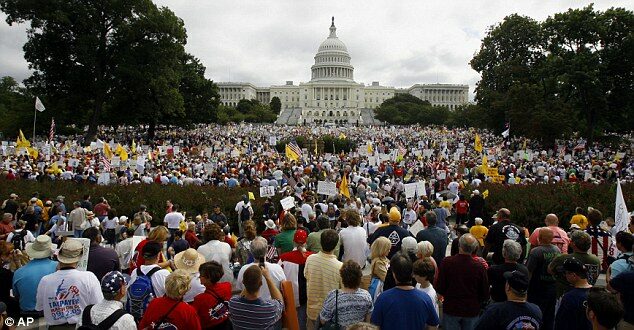 Even today – May 21, 2013 – with Tea Party protests against the IRS occurring throughout America, DHS Police have been stationed at IRS facilities as a means of protecting those facilities and employees. This is in spite of the fact that there has not been a case of Tea Party-related violence with any person officially connected to the Tea Party movement, unlike the Occupy Movement.

The fact that Obama has used the DHS to create his own national police force is likely meant to be intimidating. Frankly, I’m not sure how such a force is Constitutional, but lawyers are probably better equipped to respond to that question than I am. 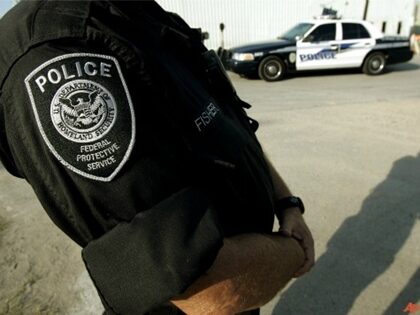 In the meantime, we have members of the DHS police force who are very likely not hampered by state boundaries. This is reminiscent of the FBI, but on a different scale. Sadly, as time moves on, we can assume that the DHS police force will likely be given greater authority by the Obama administration.

In the meantime, Radley Balko has written several white papers and books on the subject of the militarization of America’s police. The problems associated with this are often chilling.

“On August 5, 2005, at 6:15 a.m., a SWAT team converged around the Sunrise, Florida, home of Anthony Diotaiuto. They came to serve a search warrant based on an anonymous tip and an informant’s purchase of a single ounce of marijuana from the 23-year-old bartender and part-time student.”

Forty-five minutes later, Diotaiuto was dead from ten bullets to his head and body. How did that happen?

It should be noted that Diotaiuto legally owned guns and also had a permit to carry concealed weapons. Police say they announced themselves prior to breaking down his front door, though neighbors say they heard no such announcement before the raid began. The police also claim that because Diotaiuto had a concealed weapons permit, that made him dangerous. How? For someone to obtain a concealed carry permit in Florida (as in most states), paperwork needs to completed, fingerprints need to be checked and a background check finished. Surely, if Diotaiuto had been dangerous, that information would have come out? Obviously, in spite of his potential possession of marijuana, he had never been in trouble with the law before, or he would not have been granted a concealed weapons permit.

Police say Diotaiuto pointed a gun at police leaving them no choice but to fire on him. They modified that later on and to date, no one really knows exactly what happened. It’s the word of the police against a dead suspect.

In Hawaii, tactically-armed police broke into a home occupied by an elderly couple who had their grandchildren staying with them. The police were searching for a box that was said to contain marijuana.  They never found it, though they roughly manhandled the couple, throwing them face down on the floor, holding guns to their heads. Turns out the police had the wrong address. They made the same mistake again with another residence before they finally got it right.

This type of mistake happens too often because many of these raids take place based on the word of some street informant. The militarized demeanor of our police forces have become the norm. If one stops to consider the fact that in many cases, the police are going after minor drug offenses, the question of why such force is used becomes even more important to answer.

Radley Balko points out that until the 1980s, SWAT “were used sparingly, only in volatile, high-risk situations such as bank robberies or hostage situations.” Obviously, in situations where lives are at risk by the criminal element, a response provided by a highly trained SWAT team makes sense. But when the person(s) being tracked down is being sought because of marijuana usage, we are left wondering why that type of force was necessary?

SWAT changed during the administration of Ronald Reagan. More money became available, allowing better tactical equipment to be purchased. More training became the norm. Under Reagan, the War on Drugs became official and the services of many SWAT teams began to play a large and normal part in how this war was fought.

Under Reagan’s administration and “During the next 10 years, with prodding from the White House, Congress paved the way to widespread military-style policing by carving yawning drug war exceptions to the Posse Comitatus Act, the Civil War–era law prohibiting the use of the military for civilian policing. These new exceptions allowed nearly unlimited sharing of drug interdiction intelligence, training, tactics, technology, and weaponry between the Pentagon and federal, state, and local police departments.”

We have since seen the Posse Comitatus Act – the act that protects American people from military being used as police within America’s borders – all but set aside. Bush signed the Patriot Act into law (2001) that reduced restrictions on law enforcement and Congress passed a Defense Appropriations Act (2006) allowing the president to use federal troops within the US whenever thought necessary. Both whittled away at the Posse Comitatus Act.

This introduces how law enforcement in the United States started to become militarized. We will be back with more detail about what our government has created and how they created it in our next installment. We’ll then look at problems associated with paramilitary raids, as well as what we can expect in the future since it appears as though Obama is deliberately building his national police force that may ultimately have powers equal to the military on foreign soil.

The U.S. Is One Gigantic Bubble Economy