Minneapolis Somali-Muslim cop Mohamed Noor shot unarmed, pajama-clad Justine Damond to death at point-blank range. He is described by neighbors as “jumpy,” “ill-tempered,” “strict” and “disrespectful of women and blacks.” What was he still doing on the force?

In his short time with the Minneapolis Police, Mohamed Noor has had three complaints filed against him – two that are still open. The other was closed and Noor wasn’t disciplined. 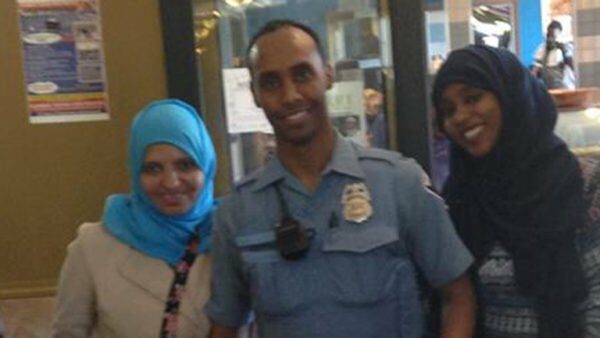 Hijab-wearing Mayor Betsy Hodges instituted hiring policies in the police department to prioritize the hiring of Somali Muslims. This at a time when more than 22 young men from the community had left the state to join al-Shabab in Somalia, and roughly a dozen people have left in recent years to join the jihad in Syria, including the Islamic State group. The area in Minneapolis where Muslim killer-cop was recruited and fast-tracked for police work is a notorious hot spot for jihad recruitment.

Typical of jihad operatives, the lawyer of the Muslim police officer who shot dead Justine Damond in cold blood is smeared and defamed the victim. Exactly what they do to us for opposing jihad terror. Police officer’s Mohamed Noor lawyer caused controversy for reportedly asking for a review into Justine Damond’s autopsy report to see if she had taken sleeping pills. “It was absolutely sickening, and that’s the game these lawyers play, to try to attack the victim,” family spokesman Tom Hyder said. 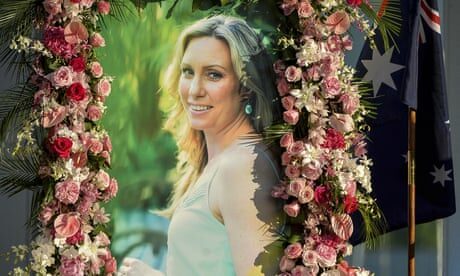 Ms Ruszczyk, 40, formerly of Sydney, was shot dead as she approached Noor’s police vehicle in an alley behind her Minneapolis home just before midnight on July 15 last year.

“There is probable cause to believe the defendant committed second degree intentional murder and the State respectfully requests that the court grant the State’s motion to amend the complaint,” prosecutors wrote in Thursday’s filing.

Ms Ruszczyk had called police after hearing a woman’s screams near the alley.

Prosecutors alleged Noor “knew exactly what he was doing and that he intended to do it” when he shot from the passenger seat of his police vehicle, across his partner in the driver’s seat and out the car window hitting Ms Ruszczyk in the stomach.

“That is probable cause for second degree murder,” prosecutors wrote.

“The circumstances surrounding the crime show that the defendant acted with the intent to kill.

“He fired at Ms Ruszczyk from no more than six feet (1.8 metres) away.

“He fired with tragic accuracy, managing to send a 9 millimetre bullet across his partner’s body and through the narrow space of the open driver’s side window.

“His bullet struck Ms Ruszczyk in her torso, five inches above her waistline, and caused nearly immediate death.

“As a trained police officer, the defendant was fully aware that such a shot would kill Ms Ruszczyk, a result he clearly intended.”

Noor, no longer a police officer, is scheduled to face a jury on April 1 in Minneapolis.

Just Say It! The Problem is Socialism!

The Ten Commandments – Still Applicable to the World Today

The Ten Commandments - Still Applicable to the World Today