US-984XN, or as it is best known PRISM, which is an electronic surveillance program used by the United States National Security Agency (NSA) to manage foreign intelligence collected from Internet and other electronic service providers has been in the news of late as it has come to light that it has been used to spy on American citizens. Senator Rand Paul (R-KY), who opposed the use of drones to bypass the Constitution’s provision of due process for people on United States soil who were not an immediate threat was very vocal about this gross invasion of privacy and violation of the Constitution. In fact, he said Sunday that he would challenge PRISM and other surveillance programs that monitor content passing through or on nine major internet providers all the way to the Supreme Court.

Paul appears on Fox News Sunday and vowed to challenge such violations of the Constitution. “I’m going to be seeing if I can challenge this at the Supreme Court level,” he said.

“I’m going to be asking all the internet providers and all of the phone companies: Ask your customers to join me in a class action lawsuit. If we get 10 million Americans saying we don’t want our phone records looked at then maybe someone will wake up and something will change in Washington,” he continued.

On Thursday, The Guardian laid out just how PRISM works from a 41 slide PowerPoint presentation:

The National Security Agency has obtained direct access to the systems of Google, Facebook, Apple and other US internet giants, according to a top secret document obtained by the Guardian.

The NSA access is part of a previously undisclosed program called Prism, which allows officials to collect material including search history, the content of emails, file transfers and live chats, the document says.

The Guardian has verified the authenticity of the document, a 41-slide PowerPoint presentation – classified as top secret with no distribution to foreign allies – which was apparently used to train intelligence operatives on the capabilities of the program. The document claims “collection directly from the servers” of major US service providers.

Although the presentation claims the program is run with the assistance of the companies, all those who responded to a Guardian request for comment on Thursday denied knowledge of any such program.

They then provide the following slides: 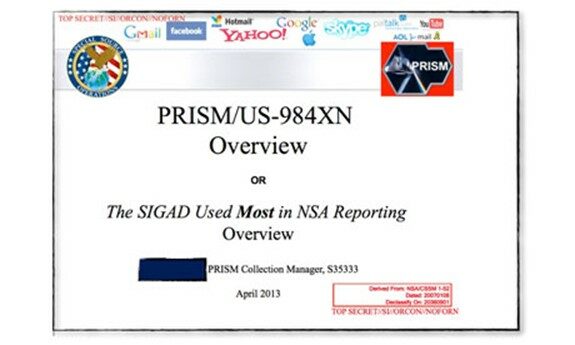 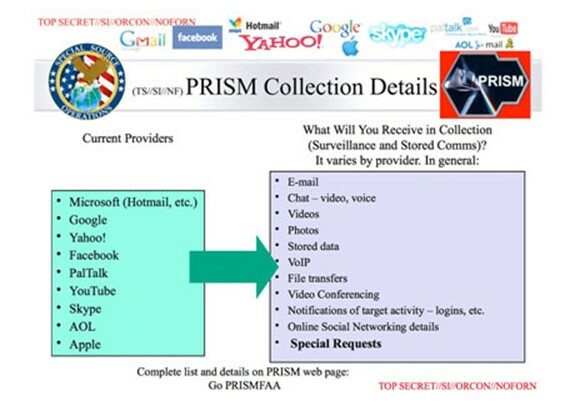 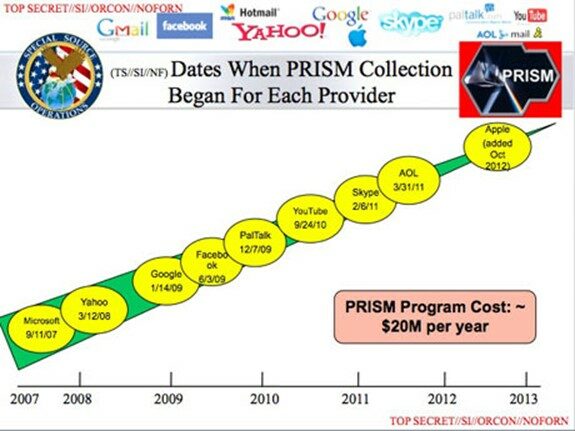 Yesterday, they released this slide: 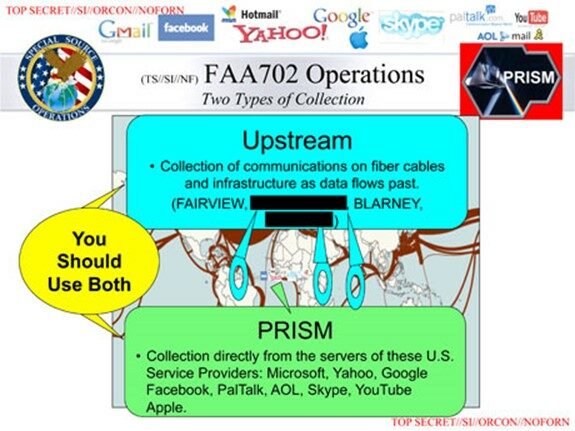 They posted this slide stating:

In the interests of aiding the debate over how Prism works, the Guardian is publishing an additional slide from the 41-slide presentation which details Prism and its operation. We have redacted some program names.

Essentially, the slide suggests that the NSA also collects some information under FAA702 from cable intercepts, but that process is distinct from Prism.

Analysts are encouraged to use both techniques of data gathering.

The disclosures unleashed a firestorm of criticism at the Obama administration’s record on civil liberties, coming weeks after news that the Justice Department had seized reporter records in leak investigations and after the Internal Revenue Service admitted targeting Tea Party groups.

The administration has defended the programs, with Director of National Intelligence James Clapper on Saturday saying that Internet companies only provided user data to the National Security Agency after an order from the secret FISA court, and only for information requests tied to a “foreign intelligence purpose.”

Administration officials said Saturday that Congress had been briefed 13 times on efforts to obtain electronic data for national security, as the White House sought to push back against claims from many lawmakers that they were not properly briefed on the measures.

Senator Paul said that he was concerned about the scope of the NSA’s surveillance. “They are looking at a billion phone calls a day, is what I read in the press and that doesn’t sound to me like a modest invasion of primary, it sounds like an extraordinary invasion of privacy,” he said.

He added that such spying was “partly what our founding fathers fought the revolution over.”

Ed Morrissey comments on Paul’s lawsuit writing, “First, that would require that the ISPs themselves oppose the NSA surveillance programs.  The only one to refuse cooperation, so far as we know, is Twitter.  If Google, Microsoft, Facebook, and others opposed this in any significant manner, they would simply stop cooperating and force the NSA to get court orders on specific targets.”

“That’s another curiosity, too,” he adds.  “Both the NSA and the ISPs claim that they are only providing data demanded under court order.  Wouldn’t Twitter be subject to that as well?  If so, why are they somehow separated from Google et al when it comes to PRISM? Do FISA court orders have no weight when it comes to Twitter?  There seems to be at least some choice when it comes to participating in this program, which renders the “court-ordered cooperation” cover at least a little questionable.”

Perhaps Paul will help to not only clear up the issues here, but maybe even push for criminal charges in the matter. After all, this seems to be a clear violation of the law of the land and violation of the Fourth Amendment. Will we see criminal charges brought to bear? We haven’t seen any yet against the administration, but perhaps that is because we have not held our representatives feet to the fire and demanded justice.