Is this going to be the Final Act to our morality play? I guess that depends on how seriously you have taken to heart the information included in Acts I and II, doesn’t it? 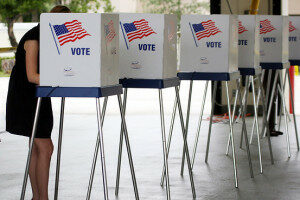 In Act I we learned that the tampering of elections has progressed from the outmoded inefficiency of buying a single vote through the offering of a Mason jar of bootleg whiskey or the dispensing of a little “walking around money,” to the current practice of influencing entire elections. Why? Because, as Joseph Stalin so accurately observed many years ago, “It’s not the people who vote that counts. It’s the people who count the votes.”

Act II showed how control of the entire voting process became possible through the outlawing of the paper ballot, and its inconvenient trail of truth, and replacing it with the Direct Recording Electronic (DRE) voting machine — capable of manipulating the votes of many, in order to benefit the few.

Act III now opens to show that sinister plots were already at play in the presidential election of 2012, even before the ballots were cast. Return with us now to those golden days of yesteryear; to the mystical, magical land of Camelot; to the days of the Kennedy administration; to the enactment of the National Voter Registration Act of 1993, also known as the Motor Voter Act. This legislation requires states to accept voter-registration applications for federal (i.e., House, Senate, and Presidential) elections by three principal means:

Obviously, this has vastly expanded the opportunities for ballot fraud.

So how has that been working out for you? Motor Voter opened the door to a massive increase in fraudulent registrations. For example, the number of registered voters in Philadelphia increased by 24% from 1995 to 2004, even as the city’s population declined by 13%. By 2009, an independent study estimated that America’s voter registration rolls included more than 16 million invalid voters.  In St. Louis, the Postal Service says it cannot locate 28% of all registered voters. This provides fertile ground for ACORN and other groups that seek to turn phony registrations into votes.

In July 2010, a newly-formed voter registration group, Houston Votes, investigated a sampling of registered voters, and brought their results to the local paper, the Harris County Registrar. Of 25,640 new registration applications submitted, only 7,193 were actually new voters, the remainder being a deliberate effort to over-burden the processing system with thousands of duplicate and incomplete voter registration applications, in keeping with the Cloward-Piven strategy of governmental overthrow by clogging legitimate government function with overwhelming public demands.

So how is all this possible? Easy. As an example, a call to the State Department of Transportation (DOT) driver’s license bureau revealed that although they do require an applicant to submit a Social Security number (SS#), and although the DOT does have access to a Federal database for SS# verification, they seldom do so since the legitimacy of a valid SS# is not of concern to the issuer of drivers’ licenses.

If the applicant indicates a willingness to be registered to vote, which the wording of the form encourages the applicant to do, a copy of the applicant’s personal information is transmitted directly to the appropriate county Election Commission Office, where the application is processed, and a voter registration card issued.

However, although a valid SS# is required for voter registration, the Election Commission Office has no means of checking its authenticity, but assumes the information provided was verified by the originating government agency.

So the government agency with the capacity to verify the citizen’s ID, often doesn’t; and the government agency with the need to verify the citizen’s ID, can’t. The loophole is obvious. This is one reason why the Motor Voter Act, the brainchild of the same NYC Columbia University professors Richard Cloward and Frances Fox Piven mentioned previously, has been termed the nation’s primary source of voter irregularities; and it’s all perfectly legal.

So there you have it. Is this going to be the final act? I would like to think an Act IV might have a happy ending, but if so, we had better get to work on it. Time is running out, and the final curtain on legitimate elections is fast closing.