Schools Insist on Forced Medical Exams for Kids or Else

What would you do if you received a threatening letter from your child’s school, demanding that you take your youngster to a medical doctor and dentist at the whims of the school administrators, or risk being reported to the child welfare authorities?

Under the auspices of keeping children healthy, the government has usurped the role of “parent” away from actual parents. The state — not legal guardians — is determining when and how children should be subjected to outside business influences. 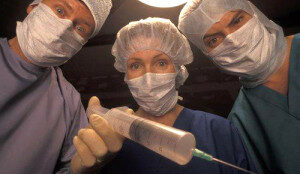 The provisions establish that the state has taken the final say in parenting matters, undermining parents’ natural role in the child’s life as protector and final decision maker. The provision invades the privacy of the family by giving the government access to private medical results.

Then there is the inherent problem of forcing people into unwanted business contracts, with parties they may not agree with, for services that may not be needed or wanted. The law states that the health certificates may only be signed by medical staff authorized by the state; meaning that parents’ alternatives to fulfill this mandate are limited down to allopathic, pro-pharmaceutical doctors. Families who favor natural and holistic caregivers are undermined by virtue of exclusionary state licensing. (source)

First, the letter from New York: 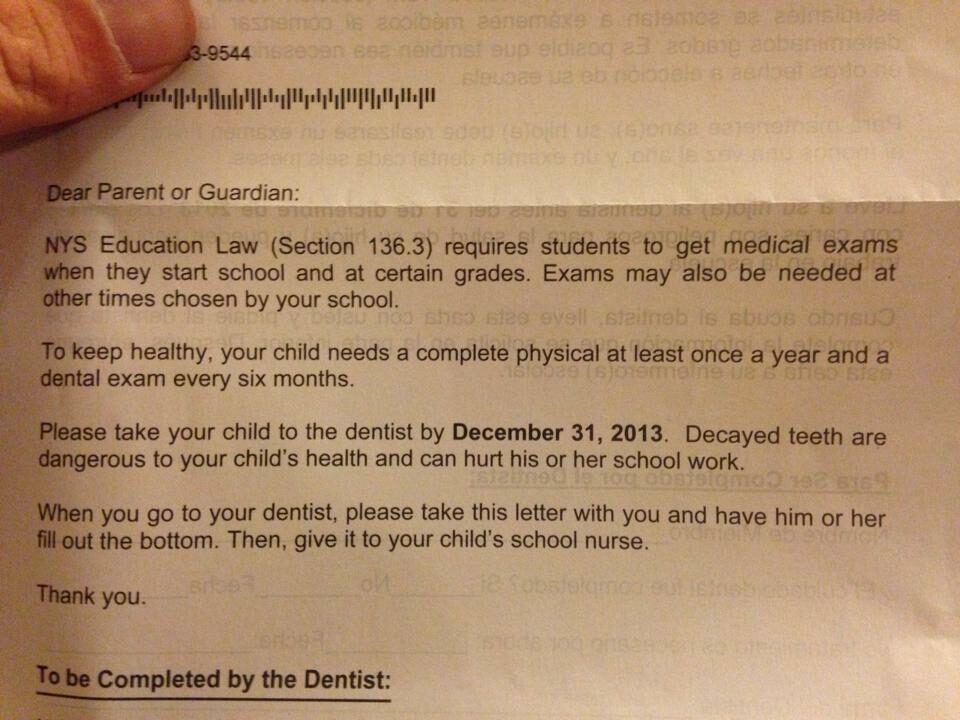 Then the one from Michigan… 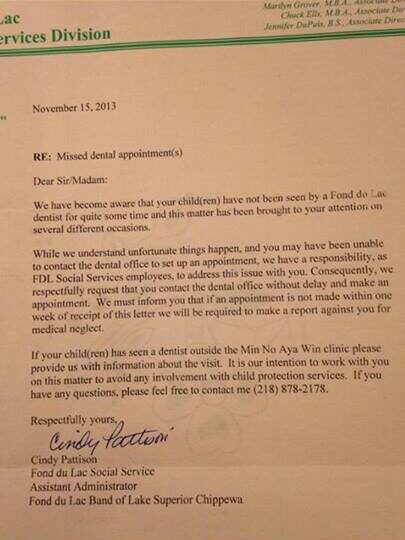 Let me emphasize the most important and terrifying line in this letter:

It is our intention to work with you in this matter to avoid any involvement with child protection services.

This letter is threatening the parents of this youngster with child welfare agencies if they do not comply with the demands of the school. So, potentially, at the very least, the welfare agency could investigate the family, and at the worst, take steps to remove the child from the household, all because a parent might have different ideas about healthcare than those of the school system.

This brings us to some very important questions about privacy and the right to make decisions for your own children.

The US government seems more and more convinced that THEY own YOUR kids. Just this week, a Tennessee dad was arrested for picking up his young children after school instead of allowing them to cross into traffic as the school’s policy demanded. Some schools won’t allow lunches to be sent from home, and if they are, the school insists on supplementing those lunches at extortionistic rates in order to control the situation regardless of parental wishes. This doesn’t even take into account the dumbed down Common Core curriculum, the absurd attempts to be politically correct, and the zero-tolerance insanity that causes kids to be charged with felonies for having loaded fishing tackle boxes in their vehicles or cutlery in their lunch boxes.

If you’re wondering why so many people homeschool, add this to the ever-growing list of reasons.

Omen for Americans: Malnutrition Doubles in the UK as the Economy Collapses

Omen for Americans: Malnutrition Doubles in the UK as the Economy Collapses