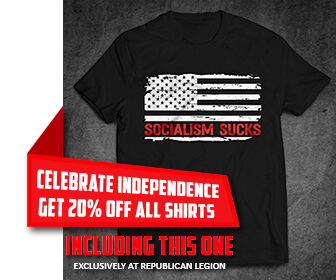 It can’t be said enough, “stupid is as stupid does.”  And, the epitome of stupid lies with “Mad Max”ine Waters (D-CA) and Rep. Sheila Jackson Lee (D-TX).  While each has a differing expression of “stupid”, both show their stupidity in their actions – Waters, through calling for violence against those whose opinion differ from her own and the Democrats, and Jackson Lee through taking up sponsorship of the HR 40 bill after Rep. John Conyers (D-MI) resigned from Congress.

Rep. Sheila Jackson Lee (D-Texas) told PJM that the federal government should conduct a study of reparations for descendants of slaves to be able to determine the best way to “repair some of the damage” that slavery has caused to the African-American community.

The legislation seeks to “address the fundamental injustice, cruelty, brutality, and inhumanity of slavery in the United States and the 13 American colonies between 1619 and 1865 and to establish a commission to study and consider a national apology and proposal for reparations for the institution of slavery, its subsequent de jure and de facto racial and economic discrimination against African-Americans, and the impact of these forces on living African-Americans, to make recommendations to the Congress on appropriate remedies, and for other purposes.”

“It’s a commission to study the issue of what was the economic impact of the work of slaves and how does it translate in the 21st century. And what we want to do is to build a narrative, a story of the facts and out of that be able to access how we repair some of the damage,” Jackson Lee said during a recent interview after her speech at the annual Legislative and Policy Conference organized by Rev. Al Sharpton’s National Action Network.

“When you look at urban blight, when you look at schools in inner cities and rural communities that are not at the level of excellence that they should be, when you look at support for [historically black colleges and universities], all of that will be part of understanding that whole journey and that whole economic journey,” she added. “And it is interesting that these magnificent buildings were built by slaves, obviously with no compensation. That is not what we are asking for; this bill is to have a commission to hear from people all over the nation.”

After 153 years, the bloodiest war in American history, countless pieces of legislation designed to elevate one particular group above others, and the opposition against racism of any kind permeating this republic, it isn’t enough for those who continually look so far backward they can’t be “present” much less look forward.  Throwing money, obtained by legalized theft, at some contrived issue does not solve anything.  In fact, it creates more injustice.

Looking at the timeframe this legislation seeks to examine and the commission is slotted “to hear from people all over the nation”, who is alive to testify to injustice, cruelty, brutality and the inhumanity of slavery in the British colonies and the newly formed republic after the American Revolution, much less up through the War to Enslave the States?  Everyone should know that any form of slavery is unjust, cruel, brutal and inhumane;  and, the institution of slavery did not end in America, nor around the world, with the War to Enslave the States.  It is very much alive and well in human trafficking, child labor, and forced sex and work.

The “urban blight” and “inner city school” problems have been directly correlated to failed Democratic government policies.  Again, when looking at the plight of some rural communities and support for “historically black colleges and universities”, there is no correlation between slavery and a subjective “level of excellence”;  but, there is with Democratic government policies.  Moreover, one cannot force individuals to donate money or support institutions when many are struggling to survive day to day.  It has nothing to do with the past institution of slavery.

According to Jackson Lee, the commission is to “study the issue of what was the economic impact of the work of slaves and how it translates into the 21st century”.  Then, the commission will “build a narrative, a story of facts and out of that be able to access how we repair some of the damage”.  Again, who is alive today that can relay that type of narrative and convey facts?  No one.

Jackson Lee called the reparations legislation “a beginning process and an educational process for the nation in a non-controversial manner, and not in a manner of pitting one group of people against another.”

Actor Danny Glover called for reparations for African descendants during his speech before the Permanent Council of the Organization of American States (OAS) in 2016. Jackson Lee was asked if she agreed with Glover.

“Danny Glover has been a strong supporter of H.R. 40 and we would love to have him as a witness providing his point of view – that’s why this is such a great initiative and legislation,” she replied.

During an interview with PJM, Sharpton said that criminal justice reform and voting rights topped his agenda during meetings with lawmakers on Capitol Hill. On Dec. 21 President Trump signed the First Step Act, which White House Senior Adviser Jared Kushner worked on with a bipartisan group of lawmakers.

“We are very concerned about mass incarceration and we are very concerned about police community relations. This bill does not cover sentencing that they’re talking about and it does not cover ‘ban the box’ [asking job applicants if they have a criminal record]. We’re looking at whether we can see that as a first step,” Sharpton said after speaking at the conference.

This is another waste of taxpayer money.  It doesn’t matter who supports it.  Jackson Lee said it herself, “we would love to have him [Danny Glover] as a witness providing his point of view ….”  Points of view are subjective and not facts.  But, this is not about facts.  It is about fleecing Americans of money, aka legalized theft, to give to others who did not earn it.  Moreover, we know that the victors write the history or more to the point, the victors rewrite the history to bring accolades upon themselves, conveniently omitting plenty of facts unsavory to their narrative.

When it comes to “mass incarceration” and concern over police community relations, there is a simple solution – don’t commit crimes and show a bit of courtesy toward law enforcement.  The black community was approximately 13-14% of the population, yet committed over 50% of the homicide crimes between 1980 and 2008.  If you don’t want to do the time, don’t commit the crime.  And, why should employers be prohibited from asking about a criminal record?  Business owners have the right to freedom of association in customers as well as employees.

As far as “voting rights” are concerned, since when are black Americans barred from voting or have obstacles like a poll tax that prevent them from voting?  The old stand-by argument of identification required to vote is a ruse since almost everything in this republic requires one to have identification.  The only time someone does not ask for identification is when making a cash purchase that does not involve an age requirement.

Jackson Lee is looking at this piece of legislation to “gain a national apology and proposal for reparations for the institution of slavery.” A thousand apologies could be issued and trillions of dollars stolen from citizens to make “reparations for the institution of slavery” but it will never be enough in the eyes of some.  So, what does a nation do about a past that involved an abomination such as slavery?

How about good old-fashioned Christian forgiveness?  God forgives a multitude of sin and those who follow Jesus Christ know all about the healing power of forgiveness.  Forgiveness allows us to move forward in the grace of Jesus Christ, recognizing our transgressions and those who transgress against us, but refusing to commit the same transgressions as we live in the image of Christ.  To not forgive those who have transgressed against us leaves our hands tied by Satan, to continually wallow in misery that prevents us from fully coming to God and Christ.

Not only should we forgive those who have transgressed against us, we should forgive ourselves, as God has, for our transgressions when we ask for His forgiveness.  It is only when we do not forgive that we give power to the transgressions and Satan.  But, here comes the rub.  One cannot ask forgiveness for one sin while continuing to commit a multitude of others along the same line.

One cannot ask for forgiveness or give forgiveness for pre-civil war slavery when turning a blind eye to modern day slavery that is alive and well in this republic.  Nor can one ask forgiveness or give forgiveness for pre-civil war slavery when supporting or tolerating the murder of innocent babies in the womb – the worst form of injustice, cruelty, brutality and inhumanity.  And, many in the black community do not want to exercise that forgiveness, leaving the past where it belongs and work in the present while looking toward the future.  It would leave one less club with which to batter the innocent citizens of society today who had nothing to do with that atrocious inhumane institution.  Moreover, it would remove a status of victimhood for individuals who have never been subjected to the institution of slavery, but seek to blame slavery for their shortcomings instead of themselves.

What is just and righteous about forcing individuals who never participated in the institution of slavery to pay money to those who have never been victims of slavery?  Nothing.  In fact, it is unjust and unrighteous to steal from others, particularly when by government force.  It is a form of tyranny.

God bestowed upon man “free will.”  We are free to choose Him or not.  However,  God does let us suffer the consequences for our choices.  And, with the choices this republic has made against God and each other, the consequences are coming faster than we can imagine.  As my good friend and pastor, Pastor Ruth, told me, “If God can forgive transgressions against Him, so can you forgive transgressions against you by others.  To not forgive is not following Christ and God.”

Maybe Sheila Jackson Lee, Al Sharpton, Jeremiah Wright, Danny Glover and the host of reparations supporters should start with their own redemption before assuming the place of God in determining what is redemption for others.

Who Is Behind All These Fake ‘Interceptor’ Cell Phone Towers Being Found All Over the U.S.?