Should Obama & Congress Be Arrested Under The NDAA?

Let’s ask the question here: Should Barack Obama and the Congress be arrested and sent to Gitmo for violating the National Defense Authorization Act (NDAA). After all the Congress passed it and Barack Obama signed it. I’m sure much of you believe that more than that should happen and it wouldn’t just be dependent upon the NDAA, but does what happened last week indicate that such persons as Barack Obama, Lindsey Graham, and John McCain should be wearing and orange jump suit an some leg irons soon?

Understand something, Congress passes some 55,000 pages a year in new laws! Yet, for the most part they never read one page of them. They passed the NDAA into law. What’s worse is that GOP presumptive nominee Mitt Romney said that he supported NDAA as written, thus withholding the rights of citizens to due process, under the Constitution, because he says so.

The NDAA text affirms the President’s authority to detain, via the Armed Forces, any person,

The text also authorizes trial by military tribunal, or

An amendment to the Act that would have explicitly forbidden the indefinite detention without trial of American citizens was rejected by the Senate.

According to a Reuters story from Wednesday, August 1, 2012, Barack Obama and the Congress authorized support, specifically $25 million of taxpayer money, to help Syrian rebels,

Obama’s order, approved earlier this year and known as an intelligence “finding,” broadly permits the CIA and other U.S. agencies to provide support that could help the rebels oust Assad.

This and other developments signal a shift toward growing, albeit still circumscribed, support for Assad’s armed opponents – a shift that intensified following last month’s failure of the U.N. Security Council to agree on tougher sanctions against the Damascus government.

The White House is for now apparently stopping short of giving the rebels lethal weapons, even as some U.S. allies do just that.

What most people aren’t asking is, just who are these rebels? Well the answer lies buried at the bottom of the article:

Recent news reports from the region have suggested that the influence and numbers of Islamist militants, some of them connected to al Qaeda or its affiliates, have been growing among Assad’s opponents.

U.S. and European officials say that, so far, intelligence agencies do not believe the militants’ role in the anti-Assad opposition is dominant.

While U.S. and allied government experts believe that the Syrian rebels have been making some progress against Assad’s forces lately, most believe the conflict is nowhere near resolution, and could go on for years.

Does anyone else sense an Eurasia, Eastasia flavor to any of this? For those no familiar, those are the alleged allies, then enemies of Oceania in George Orwell’s 1984. The people never know if they are at war with one or if they are its allies.

Well America has courted Al-Qaeda in Libya to overthrow Gaddafi and now they are doing it in Syria to remove Assad!

If providing material assistance to al-Qaeda is illegal under the National Defence Authorization Act (2012), and Obama and Congress are sending $25 million of aid to al-Qaeda-affiliated Syrian opposition, aren’t Congress and President Obama violating their own law? Should Obama (or at least the Justice Department) not be using “all necessary and appropriate force” including “the power to indefinitely detain” to prevent Obama and Congress from assisting al-Qaeda? Did anyone in Congress or the Obama administration even bother to read the law that they were signing? Do Federal laws no longer apply to lawmakers?

John is not the only one asking such a question. Fox News’ Ben Swann is also asking simliar questions as to whether Al-Qaeda is an enemy or not? I think those are good questions for sure, but even more pressing and the more dangerous question is have our elected representatives and the current occupant of the White House become domestic enemies against our Constitution? I would say that a majority of them, with very few exceptions have become just that. 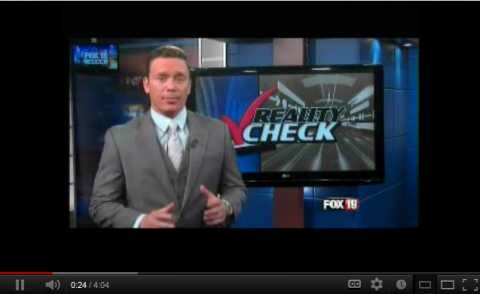 Is Obama Allowing Illegals to Cross Our Southern Border an Encouragement of Domestic Attacks to Facilitate a Government Takeover?

Stacking the Deck: Iowa Governor Terry Branstad circumvents the process and the People

Stacking the Deck: Iowa Governor Terry Branstad circumvents the process and the People