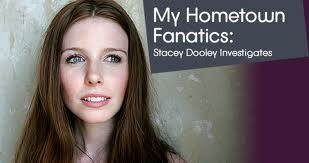 Stacey Dooley investigates what is going on in her hometown of Luton and finds out why it is known as the Islamic capital of Britain.

Stacey has spent her whole life in Luton. Media commentators all have their theories about what is happening there, but Stacey is uniquely placed to tell the story through the generation she grew up with – the people who are now shaping one of the most controversial towns in Britain. 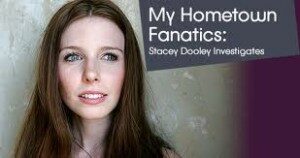 Stacey meets friends – some wearing veils and others who are fully fledged English Defence League supporters. She goes to the heart of the Muslim community, dominated by one of the country’s most extreme Muslim groups, meeting both self-proclaimed radicals and those trying to counter them.

Is it all hype? Or is ‘L-town’ such a pick-and-mix of culture that extremists are attracted to Luton like no other town in Britain?

Stacey comes across a group of Muslims in Luton who are protesting against the arrest of a local woman and wife of the Stokholm bomber, Mona Thorney. Whilst following the protest, Stacey is confronted by a Muslim woman and experiences first-hand the views held by these jihadist groups.

Stacey Dooley (born 9 March 1987) is a British television personality. She rose to fame in 2009 after appearing in a number of BBC Three documentaries highlighting child labor issues in developing countries.

Here’s the complete hour long episode. It’s well worth your time, especially her interview with Tommy Robinson. Additionally, it seems to me that Stacey Dooley was easily swayed to believe Islam is a religion of peace, and that “talking” will solve the problem of the growth of Mohammed’s death cult. It won’t, and sadly one day, she may discover that truth in the midst of a gang rape or as she is being decapitated.

Clerk to Armed Robbers: My Gun is Bigger than your Gun | Freedom Outpost

Clerk to Armed Robbers: My Gun is Bigger than your Gun | Freedom Outpost