Islam and Homosexuality go together like peanut butter and chocolate, and wherever you have one, you will find the other. Shoebat.com is one of the only website talking about Islam to make this statement because there is so much fear about offending homosexuals in the West, and yet this is in spite of the consistent and continual documentation that we have to the contrary, including this most recent murder:

Pictured in a pink wig at a music festival this is the ISIS fanatic who went on an axe rampage on a German train and may have lied about being an Afghan refugee in order to secure asylum status after claims he is Pakistani.

The terror group released a video yesterday featuring the attacker, who is claimed to be 17, who was shot dead by police after the attack, which left four people critically injured near the city of Wurzburg.

He was also pictured on his Facebook account wearing a pink wig for a festival at Ochsenfurt near to where he lived.

It was snapped at the Fasching Carnival in February, where events such as concerts, comedy sketches, parades and feasts took place over a four day period

Carnival was months ago…why would you continually leave up a picture of yourself like this unless there (clearly) was more that was not being said?

Understanding the connection between Islam and sodomy is easy. Both are forms of evil, and in particular, when practiced for a long time and with a lot of devotion, because they are both so heinous, they will naturally cross over. St. Paul in the Bible says that homosexuality is the manifestation of the complete destruction of a man through the debasement of his mind and body, as it is a sin which even the demons are disgusted at. At the same time, the saints maintain that Islam is a form of heresy in its most perfected form, and since all heresy affects the mind and soul, the greater the heresy, the greater the affect. If one is astray enough to embrace and carry one of such errors for a long time, it is natural that the other should follow, along with a host of other evils.

Mohammed Riyadh was dressing up like a woman in a public place. But this picture, which was taken from his social media, was specifically taken from Fasching, or the German celebration of Carnival that is particular to southern Germany. A little bit of research about Fasching reveals that not only is there a lot of homosexuality and homosexual behavior which happens there, but in modern German, it is actually catered to homosexuals. As one tourist guide points out:

Like many German cities, Munich celebrates its Fasching (Carnival) with a crazy season in early January/ February, running through Shrove Tuesday (Faschingsdienstag). During this time there are Fasching galas to be found throughout the city, many of which are attended by the LGBT community.

In other guides, Carnival in Germany (specifically Cologne) is mentioned as an “LGBT friendly” event. There are even gay travel guides, which recommend Carnival to gay men looking to ‘have a good time,” and how interesting are the clothes which one guide recommends: 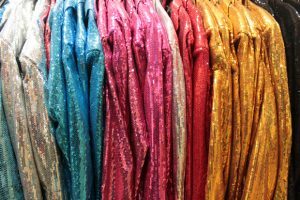 In addition, the young man claimed he was from Afghanistan when he really was from Pakistan. Location is less important here, but both of these nations are notorious for having extremely high rates of homosexual pedophilia. To these people, raping little boys and sodomizing them is literally as normal as picking up a bag of chips for a snack from a vending machine.

All of this nonsense about Islam hating homosexuality is just that: nonsense. As we have said before, if anything, Islam is the gayest religion on the face of the earth and the more pious a Muslim man is, the more likely he is nothing more than a knife-wielding pedophile who dreams about sodomizing little boys.

Trump Fires Acting Attorney General Sally Yates For Failing To Do Her Job: She "Betrayed the Department of Justice"

Democrats Turn To Hollywood To Sell Gun Control To Conservatives

Democrats Turn To Hollywood To Sell Gun Control To Conservatives