Using our technology to destroy us. Now there is a sharia enforcement app.

If these terror-tied pretenders to “moderate” Islam were sincere, they would have created an “if you see something in the Muslim community, then say something,” app which would encourage Muslims to anonymously report jihad terror-related activity or punitive sharia abuses. But no, to the contrary, they created a sharia app – an application designed to encourage Muslims to report any kufar (filthy non-Muslims) for perceived sharia violations. Under Islamic law, criticizing or offending Islam is punishable by death.

Muslim Brotherhood terror-tied groups like CAIR worked furiously to stop any surveillance of jihad terror-linked mosques as they encourage Muslims to fabricate faked hate crimes so as to push sharia-based “hate crime” legislation and prosecution. 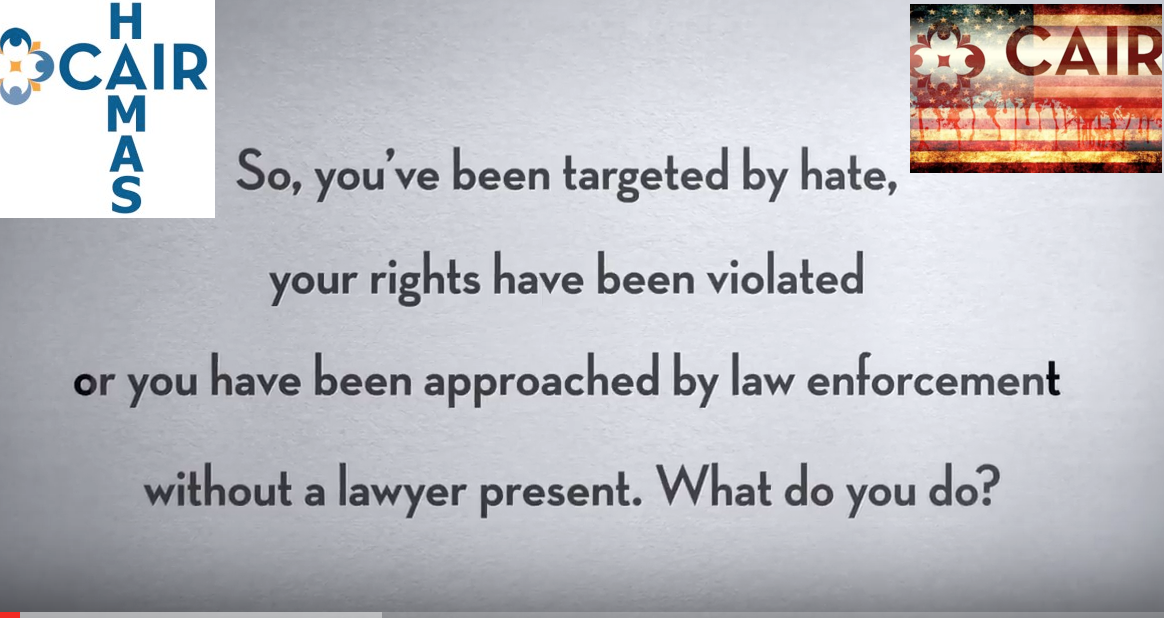 (WASHINGTON, DC, 6/23/2017) — The Council on American-Islamic Relations (CAIR) today launched a new civil rights app, called “Making Democracy Work for Everyone,” which gives users the ability to immediately report bias incidents they experience — an important feature during a period of increased hate incidents targeting American Muslims and other minority groups.The free CAIR app offers advice about an individual’s constitutional rights when contacted by law enforcement or the U.S. Department of Homeland Security (DHS), and when facing discrimination in the workplace or at school. It also offers contact information for CAIR’s national headquarters in Washington, D.C., and for chapters nationwide.

Other features include a donation function, a feed of news articles and alerts of relevance to the American Muslim community and polls on social and political issues of the day.

“We urge all American Muslims and their supporters to download CAIR’s app and to take advantage of its much-needed features, particularly the function allowing reporting of bias incidents,” said CAIR National Executive Director Nihad Awad.

He said CAIR has noted an unprecedented spike in hate incidents targeting Muslims and other minority groups since the November 8 election.

By what measure? A CAIR hate crime is a tweet they find offensive. They count tweets, we count bodies slaughtered in the cause of Islam.

Are MGM & Mandalay Bay Calling the Shots on what is Being Released to the Public and What Isn't?

Are MGM & Mandalay Bay Calling the Shots on what is Being Released to the Public and What Isn't?