They Love Globalism and I Know Why

I was seated recently at a table of educated Romanians, late twenties and early thirties, lawyers, businessmen, teachers, engineers, doctors, and lobbyists for various globalist non-profits in D.C.

We were celebrating the success of Romanian-Americans, a diaspora composed of individuals who belonged to my generation that escaped communism and others who were recent arrivals and successful entrepreneurs, people who won the citizenship lottery or remained in the U.S., following their education in Ivy League schools.

Romanians are generally very smart and make exceptional students – it is easy for them to get an education abroad, especially in the U.S., on full merit scholarships.

I watched and listened to my interlocutors speak with reverence about socialism, communism, and the need to have a communist global government and global citizenship in order to promote the rights and freedoms of all people, no matter where they live.

These young people have not experienced the tragedy of having to grow up under communism; they only knew what was taught to them by teachers and books written by academic socialists. By the time Ceausescu’s tyrannical regime was gone, they were small children, babies, or not yet born.

Their parents chose to shelter them from the horrors of communist life; they grew up in a relatively free and abundant life. Democracy to them was how to make a quick enterprise at the expense of generous grants and investors. Opportunity knocked very hard and they responded quickly – adaptation of the fittest.

Grandparents perhaps spoke with nostalgia about the times when they were paid so little and had no freedoms but a cement roof was assured over their heads and a stale loaf of bread on the table.

The new crony capitalism and politically-corrupt “free” society that ignored the elderly and their plight of continued poverty scared their grandparents so much that they wanted the welfare safety of socialism back.

“Yes, we are free now to say whatever we want but nobody listens, nobody pays attention to us,” said one eighty-something lady I interviewed on my last trip.

I listened to one teacher from California who was bemoaning the fact that she was going to miss her favorite CNN personality, Fareed Zacharias. I really had to bite my tongue into silence.

I can understand how these young people have been brainwashed into globalism by the western academia and by their lack of a reference point to the suffering that their families had to endure for decades under Soviet Marxism and the leadership of the “Maverick” Ceausescu who brought his people to the brink of disaster.

It is for this reason that Romania had such a hard time catching up with other nations that were former Soviet satellites under the Iron Curtain. Most of these countries had better living conditions for their people and amassed huge debts to the west that were eventually forgiven once communism “fell” in 1989.

Romania’s “Maverick” president, Ceausescu, paid back every cent to the west by stealing as much food that he could possibly steal before starving his people to death in the streets. When communism fell, Romania owed precious little to the west, there was a negligible debt to be forgiven. But the people’s standard of living was so low, and the infrastructure so poor, they had a much harder road to catch up to prosperity.

Young people, I learned, think that stories of starvation and man’s inhumanity to man are just stories, nobody in his right mind would mistreat their fellow man. Life is just a bowl of cherries, there are no pits inside. Besides, history and truth have been greatly sanitized.

My breakfast under communism, almost every day, was a piece of dark bread with prune jam made by grandma and the occasional butter, if we were lucky to find any in the perennially empty “laptaria,”(dairy shop) where we had to stand in line as early as we could, even though the store did not open until 6 a.m. The line would wind around the block and there was never enough milk, butter, or cheese delivered to satisfy all the customers waiting.

Socialism, like you see in the today’s starved Venezuela, is not very good at basic economics and planning based on supply and demand. Socialists are good at propaganda and lies and centralized control of the population.

Prunes were plentiful to make jam but sugar was a different story. Grandma, like any other shopper, was entitled to only so much sugar a month on rationing cards. We all pooled the rationed sugar and grandma was able to make prune or sour cherry jam for everybody.

The scene in the 2002 Polansky movie, The Pianist, is fascinating and highly emotional in many ways, not the least of which is the utter joy of tasting something again that seemed impossible to find. In some ways, it reminds me how I felt when I opened the first jar of prune marmalade or jam of the season. On my last visit, I actually brought back with me four sealed jars made by cousin Ana. 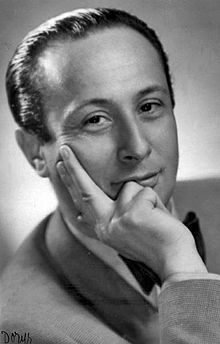 Wladyslaw Szpilman, the pianist in the movie, hiding from the Nazis in the attic of a bombed-out house, is discovered one day by an SS officer while he is desperately trying to open a can of pickles with a fireplace poker and a shovel.

Closing his eyes, knowing what his fate was going to be, Szpilman is surprised by the sympathetic SS officer who is interrogating him about his profession, asking him to play something on the piano in the room, instead of killing him.

The beautiful classical music reverberates in the dilapidated and frigid room, while his warm breath and flying fingers on the piano keys are the only evidence that he is still alive, transported on a realm of beauty, joy, and hope that touches all senses and does not need translation in any language. 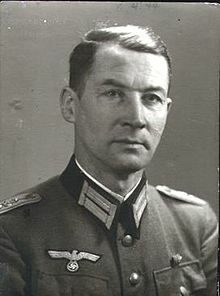 The officer is listening intently, mesmerized by this “Jude” as he calls him disrespectfully.He leaves and returns unexpectedly with a loaf of bread, a can opener, and a large serving of jam wrapped in waxed paper. As a last gesture of humanity, he hands the “Jude” his warm coat.

Szpilman licks his fingers of jam, with his eyes closed, in total culinary ecstasy. He is someone who barely survived, who had not eaten anything so delicious in many months; the officer wants to know his name so that he can listen to his music on Polish radio later. The Russians were approaching and the liberation of Poland was imminent.

In this true story, the real Wladyslaw Szpilman, pianist and composer, searched for the one enemy officer who found kindness in his heart and had spared him. Szpilman eventually learned in 1951 the SS officer’s name, Wilm Hosenfeld. Despite his efforts to rescue him, Hosenfeld died in a Stalingrad prison camp in 1952 after seven years of captivity.

I wonder how young people would feel if they were forced to suffer such deprivation of food and freedom in a war or in a tyrannical government like communism, theocracy, or fascism? Would they still be so willing to be multicultural globalists?