This would actually be great, and I’m sure there are many Democrats who count on votes from those on welfare, and some Republicans too, who would be really upset if President Trump actually goes through with what is being reported.  Of course, then it can also be used politically to talk about those above the poverty line in an attempt to bolster the claim that the economy is booming.

The Trump administration may alter the way it determines the national poverty threshold, putting Americans living on the margins at risk of losing access to welfare programs.

The possible move would involve changing how inflation is calculated in the “official poverty measure,” the White House Office of Management and Budget said in a regulatory filing on Monday. The formula has been used for decades to determine whether people qualify for certain federal programs and benefits.

The measure, first set in the 1960s, is calculated at three times the cost of a minimum food diet and adjusted every year as prices rise. In 2018, a family of four making no more than $25,900 was considered impoverished. The figure determines eligibility for a wide swath of federal, state, and non-profit programs, including Medicaid and food stamps. 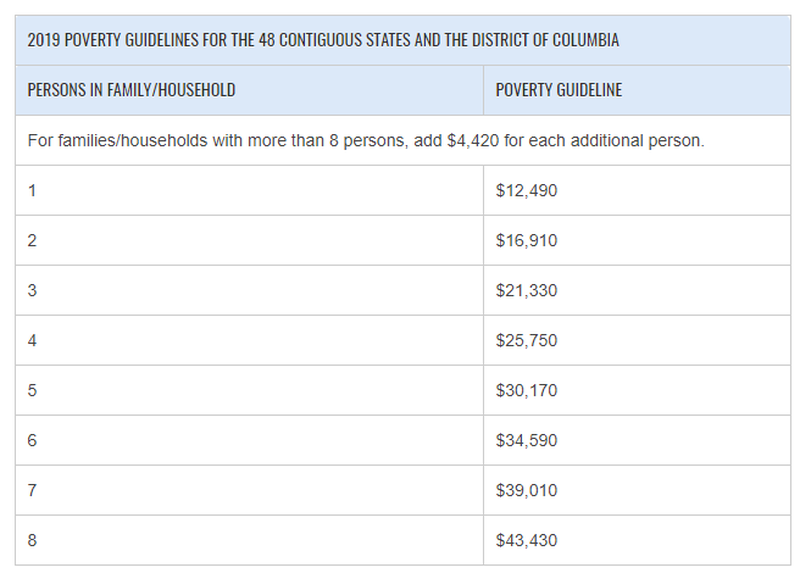 The report then goes on to explain what those changes would do.

By changing the index the government uses to calculate how much the cost of living rises or falls, the poverty level could rise at a slower rate.

One proposal the Office of Management and Budget suggested in the filing is to shift to so-called chained CPI, which regularly shows a slower pace of price gains than traditional measures. Chained CPI shows slower inflation growth because it assumes consumers will substitute less expensive items when prices for specific individual goods increase significantly.

“Because of this, changes to the poverty thresholds, including how they are updated for inflation over time, may affect eligibility for programs that use the poverty guidelines,” OMB said in a notice published to the federal register.

An administration official said the inflation measure was worth re-evaluating because it has remained unchanged for 40 years, and knowledge of how cost-of-living increases are calculated has increased substantially in that time. The official requested anonymity to describe the internal evaluation at OMB.

Tyler Durden points out the following:

The change is being reported as an effort by the Trump administration to make it more difficult to access welfare programs. Last year, the president signed an executive order calling on federal agencies to strictly enforce current work requirements for welfare recipients and propose new stricter requirements that could reduce eligibility.

Trump said in December: “Millions of able-bodied, working-age adults continue to collect food stamps without working or even looking for work. Our goal is to move these Americans from dependence to independence, and into a good-paying job and rewarding career.” 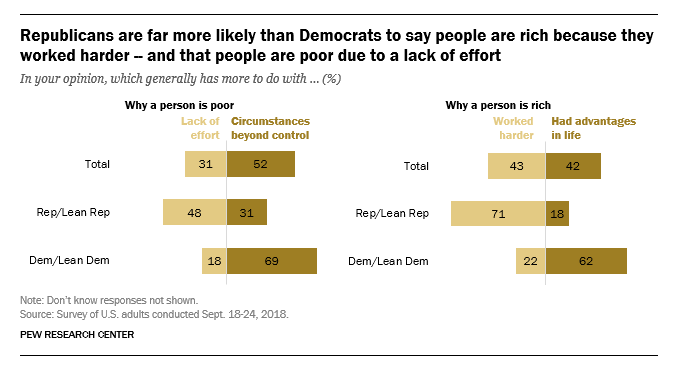 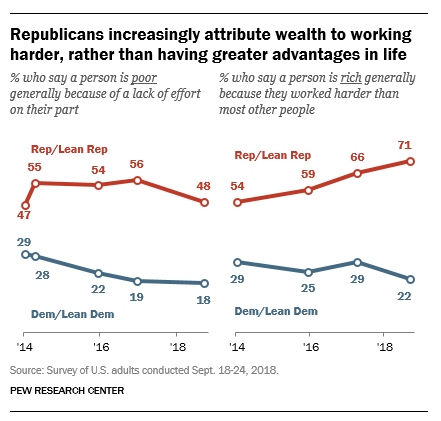 This isn’t the first time that the government has suggested using chained CPI to bring down the cost of government programs. While democrats won’t like to hear it, but President Barack Obama proposed switching cost-of-living adjustments in Social Security and other retirement programs to the index in 2014. Obama ultimately abandoned the proposal after outrage from congressional Democrats. Something tells us Trump may not fall victim to that same pressure, however.

The U.N. Special Rapporteur on extreme poverty warned the U.S. has one of the highest rates of income inequality among Western nations, while critiquing the Trump administration for the $1.5 trillion in debt-fueled tax cuts in December 2017 that overwhelmingly benefited the wealthy and worsened inequality among the middle class and poor.

The obvious question is, if it saves the government money in welfare programs, will the government be giving up all that money it was spending on welfare and send it back to the citizens they took it from?  Not on your life!