US General: Shariah Is Here Now

Retired Army Lt. General William Boykin is sounding the alarm the Islamic Shariah law is already inside the United States and presents a very real threat to the future of America.

The General even says that those Muslims who do not agree with the radical agenda of the Muslim Brotherhood suffer for it.

He said, “Muslims who are not pushing for Shariah in the United States are pushed aside and don’t have a voice. They’re often marginalized in their mosques and sometimes not allowed to participate.”

“People say that Shariah isn’t going to be a threat in the United States. Fifty-three cases in 28 states have been decided by Shariah law at the appellate level,” Boykin said.

“There are groups and websites in the United States pushing for Shariah law. They’re dedicated to spreading it and Mark Steyn has said that’s what’s happened in Europe.”

This is true. Americans and especially American Christians need to understand that Islam has a very optimistic view of the future in terms of their religion. They believe it will overtake the world. Western Christianity has basically claimed that the world is going to Hell in a handbasket, so why polish brass on a sinking ship. Polishing brass on a sinking ship is not the issue, following the Lord Jesus’ command to “teach all things” that He commanded us and to “make disciples” is.

Nevertheless, we see the persistence of Islam in Europe. Their birth rates are enormous and they will overtake eastern Europe within the next two decades. The only thing keeping them from overtaking North America and specifically America itself is the fact that illegals have come in to offset the demographics.

In addressing the issue of how Islam is taking over in Europe, WND reports that Boykin said,

“The Europeans didn’t take the threat seriously and now Steyn has said that it’s not going to be more than a generation before Europe is overcome.”

Boykin told the crowd of the Muslim Brotherhood’s master plan for the United States.

“The Muslim Brotherhood is working to control the dialogue in the United States, ensuring that people don’t talk about Shariah or its objectives for the country,” he said.

“It’s gone into the deepest halls of our government too. It was no less than FBI Director [Robert] Mueller that had a March meeting with the Muslim Brotherhood. The leader of the Brotherhood complained about the counterterrorism training manual,” Boykin said

I could not agree more and it is no more evident in the present administration dealing with the radicals of Islam more leniently than they have and also helping out alleged terrorists Al-Queda in places such as Libya and supporting the Muslim Brotherhood itself. Boykin is doing his best to warn the United States and yet time and again he is met with opposition, even to the point of not being allowed to speak at West Point due to the fact that he is an outspoken Christian.

It is time that America wake up and see the threat of radical Islam and the infection of Shariah in the American system and fight against it, our chief weapon being the Word of God and prayer. Yet we must be active, believing that the kingdoms of this world have become the kingdoms of our God and trusting that He might subdue His enemies and ours beneath the feet of His Son, the Lord Jesus Christ, by the power of His gospel.

WND took time with an interview with General Boykin for further follow up. You can view excerpts of the interview by clicking below. 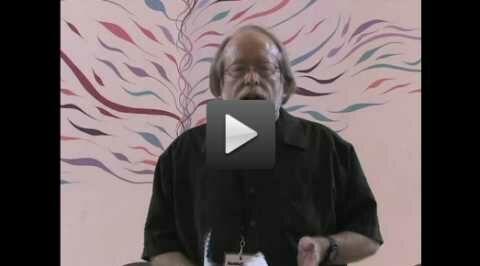 Germany Never Intended For Greece To Stay In The Euro

Is The Islamization Of Tampa Near?

Is The Islamization Of Tampa Near?