What Will Owners of AK-47's Do If They Are Outlawed?

While some have expressed surprise at Supreme Court Justice Antonin Scalia’s response to the issue of regulating arms, what he said should really be no surprise. In fact, he has said much the same thing in the past. In light of the response to the Aurora shooting and the current talk in the media over gun control, especially involving AK-47s, it makes me wonder what owners of such weapons would do if they were suddenly outlawed.

Scalia was on to speak about his new book Reading Law: The Interpretation of Legal Texts. In doing so, he took on several issues, including a two and a half minute segment to speak in regards to whether the U.S. Constitution will allow for regulations or gun control laws.

Chris Wallace had asked in regards to regulations such as high capacity magazine or other assault weapons whether they could be regulated Constitutionally. The National Journal reports,

“It will have to be decided in future cases,” Scalia said on Fox News Sunday. But there were legal precedents from the days of the Founding Fathers that banned frightening weapons which a constitutional originalist like himself must recognize. There were also “locational limitations” on where weapons could be carried, the justice noted.

When asked if that kind of precedent would apply to assault weapons, or 100-round ammunition magazines like those used in the recent Colorado movie theater massacre, Scalia declined to speculate. “We’ll see,” he said. ‘”It will have to be decided.”

As an originalist scholar, Scalia looks to the text of the Constitution—which confirms the right to bear arms—but also the context of 18th-century history. “They had some limitations on the nature of arms that could be borne,” he told host Chris Wallace.

Scalia was pretty sure that cannons were not considered in the Second Amendment, but was unsure about rocket launchers. “Obviously, the amendment does not apply to arms that cannot be hand-carried,” he said. “It’s ‘to keep and bear,’ so it doesn’t apply to cannons. But I suppose there are hand-held rocket launchers that can bring down airplanes, that will have to be decided.”

David Codrea of the Examiner writes why this should not have come as a shock to anyone who has been paying attention. He reports,

While treated as a breaking revelation to the point of garnering the headline position on The Drudge Report at this writing, in big red letters, no less, Scalia’s position is hardly news to those who pay attention to such things. The 2008 opinion he wrote for the majority in the landmark District of Columbia v Heller case made that clear, causing no small amount of consternation among gun rights advocates.

“Like most rights, the Second Amendment right is not unlimited,” Scalia asserted. “It is not a right to keep and carry any weapon whatsoever in any manner whatsoever and for whatever purpose: For example, con­cealed weapons prohibitions have been upheld under the Amendment or state analogues. The Court’s opinion should not be taken to cast doubt on longstanding prohibitions on the possession of firearms by felons and the mentally ill, or laws forbidding the carrying of fire­arms in sensitive places such as schools and government buildings, or laws imposing conditions and qualifications on the commercial sale of arms. Miller’s holding that the sorts of weapons protected are those ‘in common use at the time’ finds support in the historical tradition of prohibiting the carrying of dangerous and unusual weapons.”

Scalia’s opinion should have been no surprise even back then. In a footnote on page 137 for his 1997 book, “A Matter of Interpretation,” he wrote “”Of course, properly understood, [the Second Amendment] is no limitation upon arms control by the states.”

He goes on to make an attempt to argue against Scalia at this point,

For someone represented by the establishment as an “originalist,” Scalia’s views are anything but. In “A View of the Constitution,” which colleague Brian Puckett writes “was the standard constitutional law text at Harvard until 1845 and at Dartmouth until 1860,” William Rawle, “a contemporary of the Founders and the man to whom George Washington offered an appointment as the first U.S. Attorney General,” offered a vastly different opinion.

“Such a flagitious attempt could only be made under some general pretence by a state legislature,” Rawle continued. “But if in any blind pursuit of inordinate power, either should attempt it, this amendment may be appealed to as a restraint on both.”

While I agree with what is said here, I don’t know that is what Scalia was actually saying. He did point to things that were found to be misdemeanors during the time of the Founders such as carrying weapons that were considered “frightening weapons” and he referred to a kind of ax.

But here’s the real issue. I think most of us would agree that we don’t want to walk around with suitcase nukes or even have surface-to-air missiles and don’t think it a good idea for everyone to have them, the problem comes in what people want to refer to as “frightening weapons.” If an ax got attention, just imagine what would today.

Exhibit A would be the AK-47. It is being proclaimed in the media and by politicians as some fearsome weapon. Honestly it is not more fearsome than my AR-15. I mean if you are faced with a .22 pistol pulled on you or an AR-15 pointed at you tell me which one you are going to be fearful of. The truth is in a situation where a gun is pointed at you, it really doesn’t matter what it looks like does it?

I’ve said before that the Founders who formed the Constitution were involved in doing things that, at least in my opinion, clearly violated the document they signed. That doesn’t make it right. I can appreciate though that one would go back to the text and the history of those men to try and interpret the text and if that is all that is done then we would have to conceded that yes there can be regulations and what I mean by that is that a selection of weapons could be determined to be regulated and we’ve seen that in our history. For instance, the AK-47, along with other weapons, were banned by the U.S.

Before people go off on me, understand that I am simply putting forth what can be argued. As far as I’m concerned the Second Amendment had to do with protecting one’s self, family, and property. It was closely tied to militia as well. While a firearm can be used to hunting and other things, that was not the provision outlined in the Second Amendment. In addition I would say that firearms are key to fending off tyrannical government.

With that said, what are owners of AK-47’s going to do, should the government decide to outlaw all arms except for say the .22? Notice what they would be doing. They would allow you to keep and bear a firearm, they would just limit your selection of firearms to own legally. Let’s be honest, the Constitution does not state we can own any weapon we want. It does state that the federal government cannot take away our rights to own and carry a firearm.

Now, think further and many of you will already see this coming. If the population is left with only .22 caliber handguns and rifles and the tyrannical government we see growing now decides to turn on us completely including using outside forces such as Mexico, Canada or UN Forces, what match will that be?

The idea that types of firearms should be banned because they “appear” to some people as frightening is just silly to me. Unfortunately, Scalia has demonstrated here the open door that the Obama administration will, not may, try to push through should he get a second term.

It is my opinion that no firearm should be banned based on its appearance, nor more regulations be put into law because of a guns magazine capacity. The reasoning is very simple. Those laws only apply to law-abiding citizens. They do not deter criminals, or the “flagitious” among us, as William Rawle wrote. They will only serve to weaken the people of our nation who believe in the good that firearms provide. More regulations will never do what they are meant to do. They will only make innocent people more vulnerable to wicked people.

Firearms in the hands of patriots are a threat to tyranny, a fear to criminals, security to individuals, and the protector of all other rights we have been given by our Creator. If firearms are continually regulated by emotional uptight liberals and spineless “conservatives” then we may very well have to be considered outlaws because once guns are taken, they will never be returned.

View the interview here. The remarks from Scalia on gun regulation begins around the 7:00 mark. 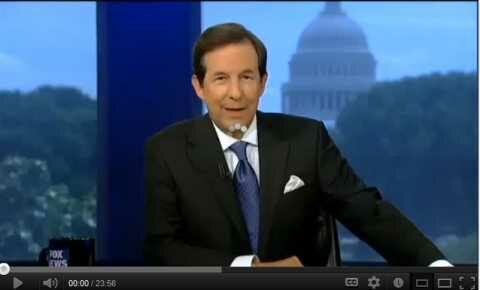 Barack Obama Is A Usurper, Not A 'Robin Hood'

Barack Obama Is A Usurper, Not A 'Robin Hood'