It Will Take 6.25 BILLION “Man Years” To Pay Off Federal Government Liabilities: “A Mathematical Impossibility”

Home » It Will Take 6.25 BILLION “Man Years” To Pay Off Federal Government Liabilities: “A Mathematical Impossibility”

We often hear government officials and mainstream financial pundits throwing around numbers like a billion or trillion. To most Americans these numbers are indiscernible. They are so incredibly enormous that we can’t even imagine what one billion dollars actually looks like, let alone what it takes to generate such capital. And a trillion, or better yet, the $17.9 Trillion that is our national debt? Forget about it! That’s so much money that we’re talking piles of cash the size of skyscrapers.

But even a visualization like this makes it difficult to understand how much money this actually is. 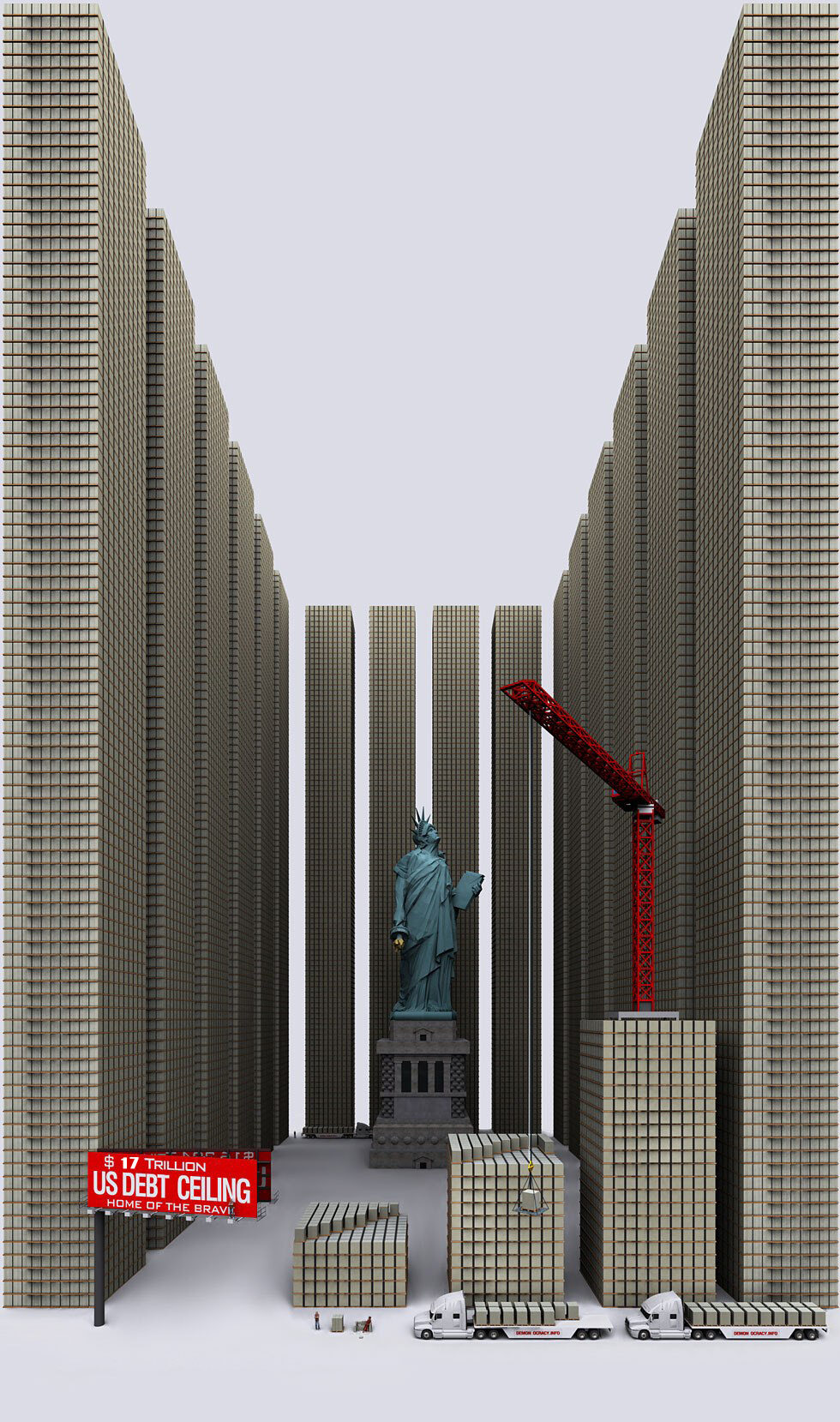 Ann Bardnhardt, who in 2011 shut the doors to her investment firm and urged her clients to withdraw their money from all markets because she says the entire system has been utterly destroyed, will blow your mind in her most recent blog post.

It turns out money the way we were taught to understand it in school isn’t really how we should be valuing economies or debt. Instead, we need to be looking at what that money represents.

How do we define the sizes of economies? In dollars? Nope. These systems should be measured in terms of a transcendent, invariant unit. Currencies are, by definition, variant, because they are constantly changing relative to one another. This includes the dollar, which is itself measured against a BASKET of other currencies. I propose that GDP should be measured in the unit of MAN HOURS or MAN YEARS. $20 per hour average wage. 2000 hour average work year. Because the buying power of an average man hour or man year shouldn’t change much at all. Think about it.

Puts a different spin on it, huh? Now, you really want your mind blown? Do that same calculation with the debt (now $18 trillion). Now do it with the unfunded liabilities of the FEDGOV (conservatively $250 trillion).

So, when we talk about trillions of tax dollars being spent on banks or infused into shadow investment houses around the globe, we’re actually not just talking about money being stolen from one group of people that’s being distributed to another. What we’re talking about is the literal theft of our lives – our time and energy.

The unfunded liabilities are estimated at $250 trillion, or as Barnhardt noted, 6.25 Billion man years.

To put that into perspective, it will take roughly 139 million Americans working non-stop for 45 years just to cover the government’s unfunded liabilities at their current levels.

Currently there are about 144 million working Americans with about 100 million not in the labor force for various reasons. So, just to pay off those liabilities, every single working American would have to spend the next 45 years of their lives sending 100% of their income to the government.

That’s how bad of a situation this is.

The arithmetic is clear: Repaying our national debt and unfunded liabilities is a mathematical impossibility. It will never happen.

Bardhardt understands the frustrations of many Americans who are fed up with having their livelihoods stolen on a wholesale basis by government, as well as business leaders who claim they are doing God’s work. She has a solution:

Since you’re probably sitting there thinking that people need to be executed for this mess, let me throw out an idea for how to go about meting out justice for these massive financial crimes after the war. I would simply say that the amount of a theft should be converted to man years, and if the man years-equivalent of what was stolen is in excess of the average working life of a man, say 50 years, then the offense would be a capital offense and execution would be on the table. For anything less than that, the man years conversion would inform the judge or jury as to incarceration terms.

So, just pulling a completely random number out of the sky, say $1.6 billion, and converting that to man years at an average wage of $40,000 per year, that is 40,000 man years, which equals exactly twelve feet of rope, which happily, can be reused an almost unlimited number of times.

Over $1.6 billion in shareholder deposits were vaporized at MF Global under the watchful eye of Former New Jersey Governor John Corzine (left). He served no prison time.

Over $1.6 billion in shareholder deposits were vaporized at MF Global under the watchful eye of Former New Jersey Governor John Corzine (left). He served no prison time.

We’re talking massive amounts of time and energy here that have been pillaged from the American people, as well as tens of millions of others in Europe and Asia.

As Ann Barnhardt notes in her post, the end result can only come in the form of widespread warfare and a total collapse of the system as we have come to know it.

We are on the tail end of a paradigm built upon debt and false promises. The numbers are now so incredibly large that the trajectory is irreversible.

Our banking system, monetary dominance and geo-political influence are at a breaking point and those who want to come out the other side of the coming disaster need to be making final preparations.

The U.S. government has war-gamed and simulated these very scenarios. They know a massive economic collapse is not only on the horizon – it’s happening right now. They also know that as more people lose their jobs, homes and ability to put food on the table they’re going to come looking for someone to blame. There will be panic and violence. There will be bloodshed and war.

This is the future that awaits.

After the Collapse: Six Likely Events That Will Follow an Economic Crash

Preparing for Economic Instability: Ways to Ready Yourself For the Inevitable

Warning: Get Your Money Out: “All Legal Bank Deposit Protections Are Now Officially Gone”