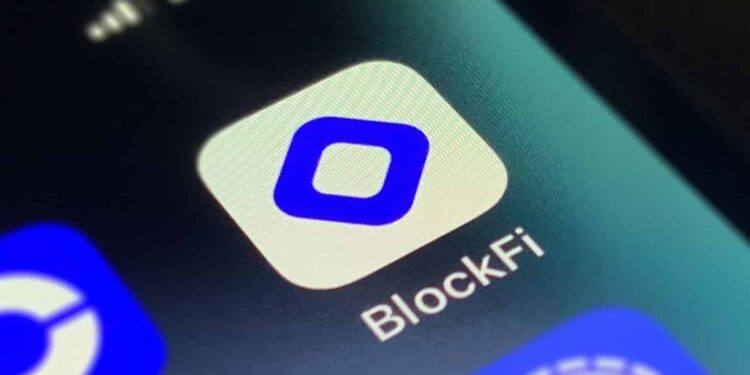 The downfall of the FTX platform is spreading across the crypto world. The latest company to be affected was cryptocurrency lending site BlockFi, which suspended payments late last week and filed for bankruptcy protection, it announced in a statement.

The platform, which claimed to have hundreds of thousands of customers, urged the process along with eight of its subsidiaries in a New Jersey court, where it filed the relevant documents.

The company had already suspended cash and cryptocurrency transactions for its customers following the bankruptcy of the company founded by Sam Bankman-Fried, with whom it had strong financial and business ties.

“With the collapse of FTX, BlockFi’s Management division and board of directors decided to take immediate action to protect customers and the company,” Mark Renzi, a member of Berkeley Research Group and a financial advisor to the company, said in the statement.

“Since its inception, BlockFi has worked to positively propel the cryptocurrency industry forward and grow the sector. The company looks forward to a transparent procedure that achieves the best outcome for both customers and other stakeholders,” he added.

BlockFi was founded in 2017 by Zack Prince and Flori Marquez, and had the backing of large investment companies.

Its function was to trade digital currencies as investment assets between private and institutional clients.

With its downfall, the platform adds to the list of other companies such as Lenders Celsius Network and Voyager Digital Holdings that, like FTX, also went bankrupt this 2022.

The bitcoin, the largest digital currency, lost about 65 percent of its value in 2022, reaching $16,000 and with the threat of continuing to fall.

BlockFi ran into difficulties with regulations for trading loans, accounts and financial products combined between digital currencies and conventional methods.

Earlier this year, it signed an agreement with the Securities and Exchange Commission to pay a fine in excess of $50 million to the regulator for its bad practices and another similar amount to 32 states, for the same reasons.

The SEC found that the company had been making misrepresentations over the past two years on its platform about the riskiness of its loan wallet and credit.

In the documents delivered to the court, the company states that it has in its possession almost $257 million in cash, which it will use to carry out the restructuring process.

“BlockFi will focus on recovering all debts owed to the company, including FTX and associated corporate entities. Because of the collapse of Bankman-Fried’s firm and its bankruptcy proceedings, which are ongoing, the company estimates that FTX’s recoveries will be delayed,” he warned.

BlockFi already had problems some time ago, but it was FTX that rescued it by providing it with a $400 million credit facility, through an agreement that gave the cryptocurrency exchange company a call option on the lending platform.

On the other hand, the company has a debt to FTX of $275 million.

According to the documentation it filed in court, it is the second largest creditor, behind Ankura Trust Company, to which it owes $730 million.

The company owes more than $1.2 billion to its 50 creditors, including the Securities and Exchange Commission, which is in 4th place with $30 million, most likely for the portion of the fine that has not yet been paid.

BlockFi submitted to the court a number of proposals to continue operating. Among these are requests to pay employee salaries and benefits and to determine an essential employee retention program.

The company is also undertaking a project to cut expenses, including labor costs.

The company believes this process will enable it to restructure comprehensively with the goal of maximizing value for all customers and other stakeholders.

At the same time, its Bermuda-based subsidiary BlockFi International filed a petition with the Bermuda Supreme Court to appoint provisional liquidators, although the company expects that the claims of that subsidiary’s customers will be pursued through the U.S. process.