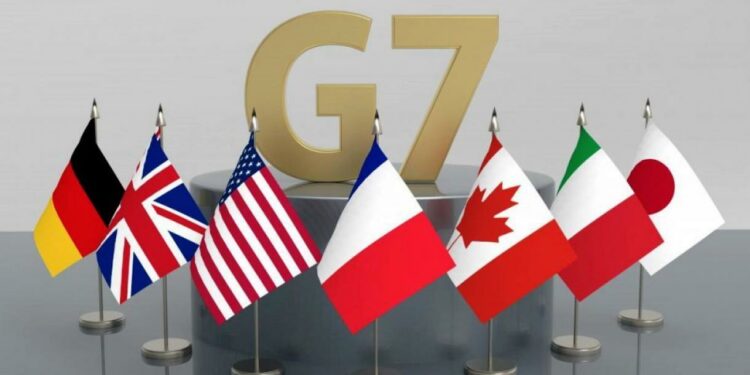 The dispute between the countries of the West and Russia is far from wanting to stop. In recent weeks Russia has been in the energy news for gradually restricting gas shipments to Europe, complicating future plans for the winter season. Today the G7 released a communiqué assessing that options are being studied to prevent Russia from benefiting from high energy prices. One of those options is to block the transport of Russian oil. Unless a fixed or lower price is set below it.

The statement was released by Britain. It considers “A complete ban on all services allowing the maritime transport of Russian crude oil and petroleum products globally, unless the oil is purchased at a price below or equal to that agreed in consultation with international bodies.”

The G7 countries as a whole and the EU High Representative for Common Foreign and Security Policy, Josep Borrell, condemned“Russia’s attempts to weaponize energy exports and use them as a tool of geopolitical coercion”. He also stated, “We will act in solidarity and close coordination to mitigate the impact of supply disruptions on the world’s economies and citizens.”

The G7 communiqué continued in the same vein:“In considering this and other options, we will also consider mitigation mechanisms alongside our restrictive measures to ensure that the most vulnerable and impacted countries maintain access to energy markets, including from Russia”.

The measure that could be implemented is a response to what some call “blackmail” by Russia in its handling of gas shipments to Europe. However, if implemented, it would lead to an open “energy war” between the two fronts.

The G7 of developed economies is composed of Canada, France, Germany, Italy, Japan, Great Britain and the United States. Energy prices have skyrocketed recently due to the war between Russia and Ukraine. The G7 countries are looking for alternatives to energy shortages while trying to respect their climate commitments, which is currently difficult in this context.

“As we remove Russian energy from our domestic markets, we will seek to develop solutions that reduce Russian hydrocarbon revenues and support global energy stability,” remarked Joseph Borrell.

Russia accuses the U.S. of taking an active part in the war with Ukraine

Russia today accused the United States of direct involvement in the conflict with Ukraine following statements made by Vadym Skibitsky, Ukraine’s deputy military intelligence chief, to the British newspaper Telegraph

Skibitsky said there were consultations between U.S. and Ukrainian intelligence officials prior to the attacks. He also acknowledged that Washington has an effective veto over war targets.

Russia’s Defense Ministry said that Ukrainian military intelligence statements prove that Washington is immersed in the conflict. Despite U.S. claims about only limiting itself to supplying arms to Ukraine so as not to confront Moscow.

“All this undeniably proves that Washington, contrary to what the White House and the Pentagon claim, is directly involved in the conflict in Ukraine,” the Russian Defense Ministry said in a statement.