The Russian giant informed Latvian company Latvijas Gaze that the gas cut-off would be carried out without delay due to "violations of gas selection conditions". 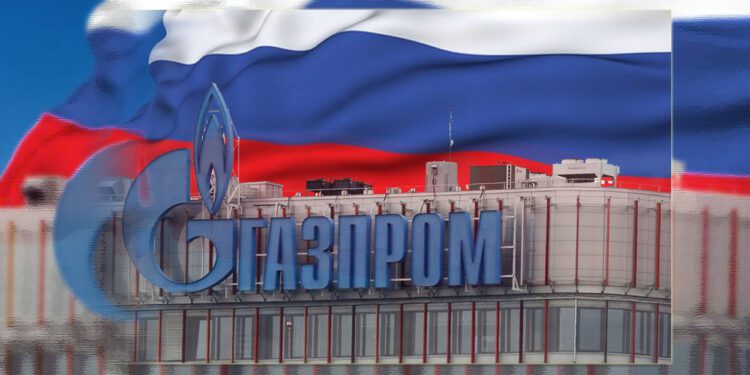 With the certainty of a promise kept, Russia’s Gazprom announces that it is suspending gas deliveries to neighboring Latvia. The move would have been motivated by the neighboring country’s refusal to pay for the resource in rubles. Along with Latvia, the other two Baltic nations refused to comply with the Kremlin’s request. In doing so, they took the risk of running out of gas.

However, the Riga authorities reported that they will have no problems with the measure, since they have sufficient gas reserves. Moreover, they have already secured a contract with another supplier in Russia. The authorities refused to give details of this new contract, arguing that the agreement between the parties so provided.

It should be noted that in mid-July, Latvia’s legislature banned imports of Russian gas by decree law. However, this measure would take effect from the first day of January 2023. For now, the alleged new Russian partner will supply the Baltic country to ensure supplies for the coming winter, which tends to be strong in these eastern nations.

Gazprom announces in categorical terms the end of gas supplies

Now that Gazprom is announcing the end of gas supplies, the Riga authorities don’t look too worried about a piece of news that was a long time coming. Since Moscow launched its invasion of Ukraine (also called special military operation), strong statements condemning the military enterprise between the two Slavic nations have been made from the Baltic countries.

The Baltic countries are aggressive in their tone against the Moscow authorities and, at the same time, they have taken the worst hit. Their irreverence in condemning Russia has earned them the status of “hostile countries” by Russia, which means that they enter the list of nations that will have to pay for the purchase of gas with rubles. Likewise, given their proximity to Russia, these countries are suffering a serious crisis.

Russian and Ukrainian products and resources that once flooded their markets are now scarce and inflation in all three nations ranges from 19% to 22%. According to the July EuropeanCPI report, inflation in Eastern European countries is getting worse the closer they are to Russia and Ukraine. For example, Poland has consumer prices of 12.4% and Moldova of 31.8%.

The rule is broken with Finland, Sweden and Norway, which does not mean that inflation in those nations is not far from double digits. In any case, the moment Gazprom announces the end of shipments to its neighbors can only foretell greater problems.

As already said, Latvian authorities assure that they will not have any kind of supply problems during the winter. In that sense, the Minister of Economy, Ilze Indriksone, assured that “gas will arrive” and that citizens have nothing to worry about. This is because the country has already discounted gas from Russia, specifically from Gazprom, from its supply calculations.

“Current calculations point to the fact that gas will come to Latvia. We will have enough gas for the heating season,” he assured. Also, the authorities claim to have a new supplier from Russia of which they declined to give further details. In short, Russian gas is flowing into the country, but not from Gazprom, according to local firm Latvijas Gaze.

“We have a different supplier,” they explain, adding that “this is business information that is not dealt with in a public way.” “We are buying gas right now, yes, but not from Gazprom because there is no way we can pay them, we have a different supplier,” they reaffirm. It is important to take into consideration that this company has large amounts of capital injected by Gazprom in participations. In fact, the Russian company would own 35% of Latvijas Gaze’s shares.

The prices of products in the country are increasing rapidly and the population is beginning to feel the pressure on its income. This is a drama that is widespread throughout the European Union due to the dependence on Russian resources.

Recently, Gazprom’s management announced a further cut in shipments to Europe due to “technical problems”. In addition to the turbine retained in Canada, which would be the origin of the first cuts, there is another turbine in need of identical repairs. This is an extremely uncomfortable issue for Western nations, since agreeing to this move by Russia means violating sanctions.

“Russian gas shipments to Europe were at a critical 40% and now down to 20% due to another allegedly broken turbine.”

The fact is that the turbines that enable Nord Stream 1 operations are manufactured by Germany’s Siemens Energy. At the same time, their preventive maintenance is carried out in Canada. The first of the Russian turbines was sent by the aforementioned German company and was retained by the Canadian authorities, which sparked a controversy with Berlin.

In the end, after much wrangling, Ottawa reluctantly agreed to return the turbine to Russia. But the turbine has not yet arrived in the former Soviet country when Gazprom announces that another turbine is also in need of maintenance. If the first was a major problem that caused the West to violate its own sanctions, the second is taken as a mockery.

Either way, the Russian authorities seem to know that the Europeans are desperate for alternatives. The new shipment cutback puts Germany on the brink of recession while the authorities are racing to find new sources of supply.

Meanwhile, the Russian government announces that its new pipeline to China, the Power of Siberia, is at an advanced stage.

“They don’t have gas because they don’t want it”

But Moscow seems to be digging deeper into the wound by proposing an unfeasible solution for the European Union. According to the Kremlin, the gas is there “at disposal” and is not being shipped because of sanctions. But the other alternative is to send it via Nord Stream 2, a project that would have been ready since last year, but which was definitively cancelled by the European authorities in the framework of the sanctions.

Russian media mock the European dilemma with a metaphor about a person who refuses to drink water from a “sanctioned glass” even though the water is from the same jug. In any case, the Kremlin implies that the Europeans “do not get the gas they need for the winter because they do not want it”.

Russian Foreign Minister Sergey Lavrov himself said that Nord Stream 2 could meet European gas needs. However, “for political reasons they do not allow it”.

Although this may seem illogical from Russia, there is certainly Western solidarity with Ukraine at stake, which implies being strict with sanctions. The latter, and probably for obvious reasons, will not be understood by Moscow. In any case, the Slavic country is pushing hard with the use of gas as a weapon to put the old continent on the ropes.

Russia’s treatment of its European partners varies in ranks, with some countries being considered “friendly” and others “hostile”. Among the former are Hungary, Serbia and probably others. The hostile countries include the Baltic nations, Poland and the United Kingdom. Regardless of the label attached to them, they are all heavily dependent on Russian gas and inflation and the dangers of recession are a constant reminder.

Mutual accusations between Gazprom and Siemens

Amidst all this tangled and complex chessboard, accusations between the parties go back and forth as the crisis deepens. Consequently, while Gazprom assures that they have not received the turbine “necessary to transport the gas”, Siemens, supplier of the turbine, points out that the Russian state-owned company has not sent the customs documents. Without these documents, Siemens Energy is unable to send the turbine.

“We had expected to receive the repaired turbine from Siemens since May, but to this day we do not have the turbine,” a spokesman for the Russian company said on local television and quoted on the portal Offshore. While Gazprom’s deputy CEO Vitaly Markelov announces that Siemens “does not provide work to resolve the issue,” the German company responds.

With a very different version of the facts, the German company expresses that the German authorities provided it with all the necessary documents for the export of the part to Russia. “What is missing, are the customs documents for import to Russia. Gazprom is obliged to provide them,” says Siemenes’ management.

The mentioned turbine must be arranged at the Portovaya compressor station, from where the resource is sent to Germany. On the other hand, the German company states that it has not received a report on the other turbine that Gazprom claims is also damaged. “Therefore, we must assume that this turbine is working normally,” they say. As reported above, the Russian company reduced gas deliveries to 20% due to another turbine requiring maintenance, they say.

Europe’s plan to save Russian gas

With a view to saving gas for the winter, EU authorities agreed to reduce consumption immediately. The specialized portal The Economist calls it a gas diet. “The situation is tense and nothing can be ruled out,” German authorities reportedly said in the face of the prospect of running out of gas.

With 20% of shipments being sent by Russia, the German authorities will be unable to reach the target of filling the storage facilities to 90% by November. The “Save Gas for a Safe Winter” plan calls for eurozone nations to cut consumption by up to 15%. That plan would come into effect from August 1 this year until March 31, 2023, according to the proposal.

Although Gazprom’s management announces that it is willing to serve as a supplier, the authorities take it for granted that there will be a total interruption. In this regard, they reiterate that the Russian Federation is deliberately using the supply of this resource as “a weapon to blackmail Europe”.

To avoid a humanitarian crisis due to the lack of gas, the continental authorities list a series of steps that the member states should take. These measures would be aimed at savings in the public and industrial sectors, as well as in households, the document states. The quick alternatives that the continent needs do not seem to be within reach and some members are already working on the reactivation of coal and nuclear plants.

This is the worst-case scenario expected by Europe, but in this case the nightmare has come to life.