Goldman Sachs has become the largest shareholder of Spanish banks Santander and BBVA. 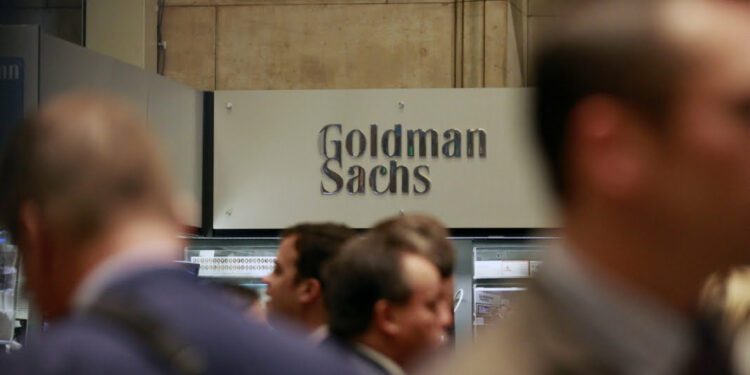 Investment bank Goldman Sachs became the largest shareholder of Banco Santander and BBVA through the use of financial derivatives (agreements to purchase future shares at a pre-fixed price in advance and call options), as reported in communications sent to Spain’s National Securities Market Commission (CNMV), published this week.

Goldman Sachs has the equivalent of 7.47 percent in these Santander products, thus surpassing other major shareholders, such as Blackrock (with 5.43 percent), Dodge & Cox (with 3.1 percent) and Norges Bank (with 3 percent).

On the other hand, the U.S. financial institution currently holds 7.5 percent of BBVA, a higher percentage than Blackrock’s 6 percent.

These combined values of the two positions would be close to 5,945 million euros and were reached at the beginning of this month.

Goldman Sachs and its investments in BBVA and Santander

The financial derivatives held by GS in Santander represent 1,254 million shares with a total value of €3,486 million, based on the current value of the Spanish bank of €2.781 per share.

This is the first time such a significant stake in the financial company has appeared.

In the case of BBVA, Goldman Sachs has already entered the bank’s capital at the beginning of the year, when it reached almost 6 percent of the capital, also on that occasion through financial instruments, although it has quickly reduced the level to 0.75 percent.

From there, it remained in that position until now, when it notified a 7.41 percent stake, for a price of 2.454 million euros, based on BBVA’s stock market price, which is 5.496 euros.

A little more than 7 percent of the holding in Santander is held through financial instruments, including options, futures and call options, about 0.3 percent of which give Goldman Sachs voting rights.

Along the same lines, the U.S. investment bank holds 6.9 percent of BBVA’s capital through derivatives, and the remaining 0.5 percent offer it the possibility of voting rights.

The call option, another type of contract that Goldman Sachs opted for when acquiring positions in both financial institutions, together with the forward contracts, which is the agreement of a purchase value at a certain time, gives it flexibility because instead of giving the obligation, it gives it the right to buy previously agreed share lots.

Thus, Goldman Sachs could reserve the right not to purchase the shares.

If the right is not exercised, the financial company that has subscribed the call option, which would be Goldman Sachs, would lose the extra it had to pay to secure this derivative.

Concretely, these financial products show that the Goldman Group, at the time of underwriting, was confident that the bonds of the two Spanish banks would rise within the term of the agreement, the willingness to pay a premium and to guarantee itself the power to acquire them at a pre-fixed price afterwards.

The communication about the positions of the New York finance company to the Comisión Nacional del Mercado de Valores shows very similar operations for the two Spanish banking giants.

Actually, the most important derivative agreements are almost the same in both cases. In both banks, the largest contract gives the right to acquire 1.49 percent of the total shares and expires in mid-December of this year.

Almost 50 percent of the derivative agreements terminate on these same dates if their value is used as a reference.

For example, at BBVA, financial derivatives worth around 3.43 percent of the company’s capital expire on Friday, December 16.

A percentage that for contracts that use Santander securities as underlying are around 3.41 percent, close to half of the positions acquired by Goldman Sachs.

From the time the derivatives were purchased in early December, Santander shares fell 1.54 percent through this week. BBVA shares were down 1.38 percent.