The decline in sales of computers and related products affects almost all companies in this area. 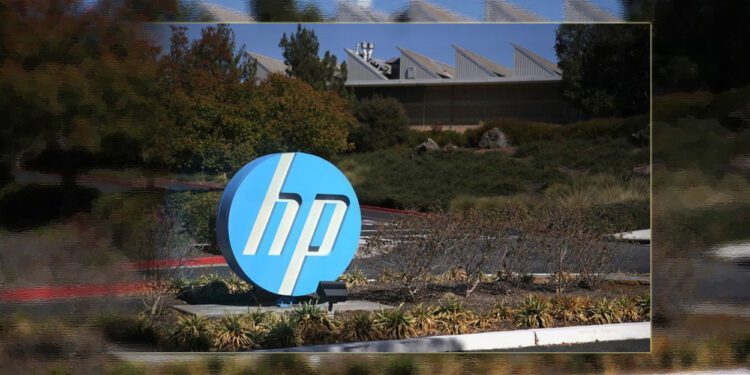 The computer market sales peaks reached during the pandemic seem to be a distant memory. The boom in remote work during much of the confinements made computers, both desktops and laptops, the most coveted equipment. With the return to offices and a shift to hybrid and face-to-face work, that market began to cool rapidly.

The main companies in the sector are having a difficult time reconciling their revenues with the capital needed to stay afloat. Among these companies is the mighty HP, which announced a major advance of massive layoffs in its workforce. Earlier this week, the company released its fiscal fourth quarter 2022 results and, as a result, announced the wave of layoffs.

According to the company, cost savings equivalent to the salaries of between 4,000 and 6,000 workers are required. These resources would be injected into other areas of great importance to the company. The layoffs will take place between now and the end of fiscal year 2025. It should be noted that three years ago the company ended a cycle of 9,000 layoffs. With this, HP becomes the latest company not to withstand the pressure of the macroeconomic situation.

The crisis in the computer market

The computer market is going through a scandalous sales crisis that is expressed in losses for the main companies in the sector. Consequently, for HP the sales problem translates into the departure of up to 11.8% of its workers. According to October 2021 data compiled by specialized media, the company has about 51,000 workers on the payroll.

To get an idea of the crisis hitting the sector, comparative figures for the third quarter of this year should be taken into account. During that period, sales of computer-related equipment fell by 19.5% compared to the same quarter of 2021. This is the sharpest drop since the mid-1990s. In parallel, this plunge in shipments reaches the fourth consecutive quarter.

As for HP in particular, the company sold some 12.7 million computers in the third quarter of 2022. In that same stretch, but in 2021, shipments reached more than 17.6 million devices. These data correspond to research by Gartner and IDC. For the fourth quarter, the company itself reported a sharp drop in net revenues in its personal systems, equivalent to 13% year-on-year. Notebook sales declined by -26% and desktop sales saw red figures of -3%.

This makes it clear that the crisis in the computer market is widespread and encompasses the most important equipment as well as secondary equipment. Hardware and software sales are also facing a considerable drop in demand. The quasi-recessionary conditions coupled with the drop in the momentum of remote work are taking their toll on this and other major companies in this technology branch.

Confinement during the pandemic era forced thousands of companies to move to work-from-home mode. However, at the end of that period, remote work gradually lost momentum and, at the same pace, equipment sales. The purchase of computer equipment ceased to be a necessity for workers and the plans of companies that lived off remote work went awry.

“Supply problems and the pandemic caused the sale of computers and equipment related to telecommuting to flourish.”

HP itself was one of the victims, as it bet heavily that the new post-pandemic reality would be dominated by that way of working. Consequently, in March this year, the company bought the specialized firm Poly, which is dedicated to audio and video tools. With this, HP intended to establish itself as one of the queens of teleworking. After the pandemic, the world will no longer be the same, said one of the most popular slogans among specialists and the media. Certainly, the world changed, but telework did not reach the expected level.

Full hybrid and remote work continues to gain traction and is likely to become a mainstream modality in a short time. However, many companies like HP overestimated that progress judging by the momentum of the pandemic. Now that IT and related equipment sales are correcting after the boom, companies’ bets have begun to suffer the consequences of their miscalculations.

The crisis in the computer market led other computer giants such as Lenovo, Dell, Asus and Acer into a quagmire. Only Apple seems to have weathered the problems and presented positive numbers in the midst of a market sliding to the bottom. This company experienced sales of 10.1 million units in the third quarter of 2022 compared to just over 7 million in the same period last year.

Other companies joining the layoffs

But HP is not the only company in the sector affected by the crisis in the market to resort to mass layoffs. Microsoft and Intel have also resorted to the painful option of shedding a good part of their talent. The first of these companies made several rounds of layoffs this 2022, while Intel recently announced that layoffs could number in the thousands.

The highest inflation in 40 years and an aggressive central bank on rates lead to a jobs crisis. Interest rate hikes, especially in the United States and the European Union, become the biggest source of pressure on markets. Major companies have suffered major blows to their sales and, as a consequence, to the stock market. This environment has been particularly harmful among technology companies.

The latter means that layoffs are not a rare phenomenon among Nasdaq-listed companies. Thus, companies such as Meta, Amazon, Tesla and others announced a dramatic wave of layoffs involving tens of thousands of workers. The last of these companies attracts attention, since its CEO, Elon Musk, also implemented staff cuts among the employees of Twitter, the social networking platform he recently acquired.

In any case, this complex scenario, combined with the end of confinements, led to a crisis in the computer market. The situation is expected to continue if monetary policy measures take time to take effect. However, there is also room for hope that remote work will get a second wind in the coming months.

HP’s status on the stock market

It should be noted that HP provided a fiscal first quarter adjusted earnings range of 70 cents to 80 cents per share. This range was below the consensus of 86 cents expected by analysts (according to Refinitiv). Also, for fiscal 2023, the company called for adjusted earnings per share between $3.30 and $3.60. This is also below the same firm’s range, which targets $3.62.

Either way, the company’s situation seems to go unnoticed by investors in the stock market. The day after the quarterly report figures were released, the stock fell to $28.31 per unit. Despite this, during the same day, they experienced a significant recovery to $29.91 dollars. The stock is a far cry from the $41.4 reached in April and $40 per share in June, but the situation could have been worse.

What is undeniable in this matter is that the bonanza is over for companies in the IT sector. Another factor pointing to a further decline in revenues is the recovery of the semiconductor market and the relative improvement in the supply chain. This has removed demand pressure on companies, which will be able to increase the pace of production.

Both HP and the other companies in the sector will have to look for efficient cost-saving alternatives to avoid further losses.

There is hope that remote work will get a new impetus due to the recessionary conditions that the economy could reach. Companies would look for ways to save more during the downturn, and hybrid and remote work proved to be a highly cost-saving modality for managers.