The growth of the electric vehicle industry will have to overcome at least five years of complications. 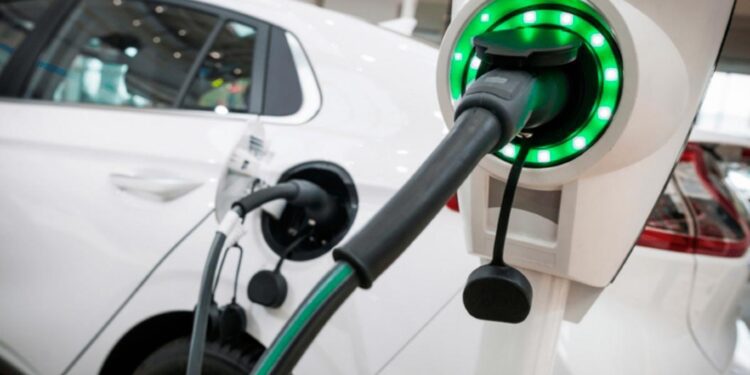 Cowen U.S. investment banking’s most experienced analyst, Jeff Osborne, released a report called “What’s Going to Happen to the Mobility Industry” in which he indicates that the electric vehicle market is facing what he calls a “red line” in its growth for the next five years.

The expert says this is due to several factors, such as electrification, government regulations, and other converging issues.

Osborne, in partnership with 16 other colleagues, developed a blueprint embodied in the 490-plus-page report, which dives deep into electrification, government regulations, infrastructure, and even 5G networks and experimental computing with the goal of establishing guidelines that can be useful to investors.

In addition, the study lists 50 sector-related stocks to invest in to ride out the years of uncertainty in the electric mobility industry and then profit.

One of the most important findings of this paper is Cowen’s improved forecast for electric car insertion, which currently would not exceed 22 percent by 2025 in the U.S., up from 9 percent today.

Osborne, Managing Director & Senior Research Analyst at Cowen, sees that even some non-vehicle companies are benefiting from this “new” form of mobility.

In a special lecture to Yahoo Finance, Osborne noted that the report’s authors see a large number of firms benefiting, starting with microprocessor firms, well beyond automobiles themselves.

He said electric vehicles have more than twice as many semiconductors as gasoline-powered cars.

Among the problems, Osborne sees that certain tier 1 suppliers to the industry, such as Aptiv or Visteon, are not growing in line with demand, which will make battery charging and lithium requirements another barrier to growth in this market sector.

The analyst explains that overcoming obstacles is key for the mobility industry to grow in line with expectations, both in terms of charging infrastructure and lithium production.

He also says that while the level of development of these two key parts of the market could hinder the growth of electric cars over the next five years, they may be great investment ideas in the future (or now, before prices skyrocket).

The report also says that for the next five years there is a “red line” in the sector regarding the speed at which it can expand.

Although when looking beyond that, there are the companies that manufacture original equipment, such as General Motors, Ford or Tesla, which are ahead of the curve.

That work gives them the ability to obtain convenient financing terms and allow the industry to expand further.

Investing in the electric car industry

Short-term drawbacks, such as the lack of semiconductors, can be addressed with the birth of new industries, but these take about 365 days to finish installing the entire infrastructure.

On the other hand, new lithium mining projects take an average of 4-7 years to start production.

Osborne has optimistic expectations for the remainder of this decade and for the future in general, especially for 2030, which sees 30 percent to 35 percent penetration in the electric car industry.

Stocks to invest in electric vehicles

Among your best alternatives for investing in electric mobility are these companies:

For 2023, the top investment idea according to Cowen is solar technology company Solar Edge Tech.

This firm is dedicated to developing a kind of “router” for the electrons given off by solar panels.

By the time an EV is purchased, 30 percent to 50 percent of energy consumption increases in the home, so more EV owners are turning their homes “solar.”

Solar Edge develops technology to manage battery charging by pairing the batteries of EV chargers with a home’s panels, which facilitates the use of solar energy by interoperating with utility grids in a more effective and efficient way.