Inflation is starting to ease but not enough 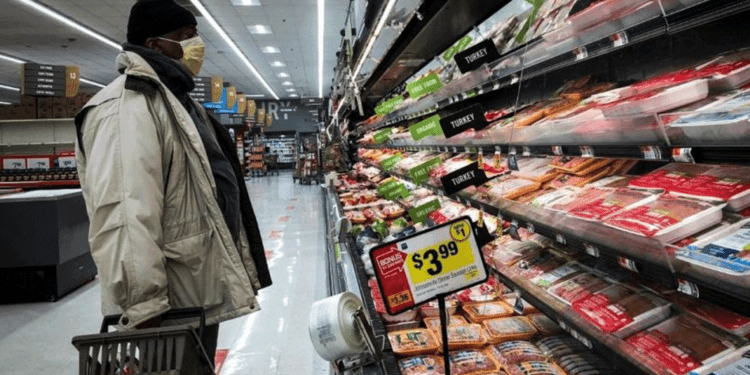 The aggressive monetary policy applied by the Federal Reserve (Fed) of the United States, the European Central Bank (ECB) and the other issuing institutions of the world, have not yet achieved their objective of liquidating the high levels of inflation experienced by economies worldwide

Until recently, the thought of having annual inflation rates of over 10% was truly madness. The gigantic monetary expansion unleashed by the pandemic stimuli to avoid a recession during the bull run, provoked the evil we are currently suffering from.

The inflation target is still far away

In the eurozone, the annualized inflation rate fell in November from 10.6% to 10%, generating some optimism among monetary authorities. Likewise in the US, as inflation shows signs of slowing down, the Fed is expected to start slowing the pace of interest rate hikes.

By mid-month, the US central bank and the ECB, as well as the Bank of England, are likely to raise their respective benchmark rates by half a point (0.50%). This would mark the beginning of a slowdown in the pace of increases this year, which has stood at 0.75 percentage points.

Three reasons not to be so optimistic

But the central banks’ target of bringing inflation levels to 2% is still far from being met. Analysts see at least three reasons to think that difficulties in achieving such targets will continue to weigh in 2023.

One is the labor shortage that has continued to strain the U.S. economy since the pandemic. Although the pricing issue has improved, recent data on the level of wages remains a concern.

Although average hourly earnings have moderated since August, the latest data from early December show that they remain still very high. Surveys show that over the last three months the annualized increase in wages was 5.1%.

Following the release of this data, U.S. stock markets immediately reacted negatively. Investors fear that the Fed will keep the pace of interest rate increases at the same level of 0.75% for a while longer.

In Europe, there is not as much pressure from labor markets, but the political sector is concerned that inflation caused by high energy prices will affect the rest of the economy and further raise the high cost of living. Workers would be forced to negotiate better wages to compensate for the drop in purchasing power.

A similar situation is being experienced in the United Kingdom where workers are demanding better wages through a series of strikes. To calm labor unrest, employers and the government will necessarily have to raise wages.

The other problem in sight is fiscal policy. The U.S. Inflation Reduction Act could be effective if the Biden administration would lower the administration’s fiscal deficit. But instead it has arranged to forgive student loans.

The same is true in the Eurozone and other regions of the world that are not doing much to help their central banks cool labor markets. Energy subsidies help households lower their spending and help lower high inflation, but they take capacity out of the economy.

To finance subsidies, deficit governments will turn to taxes. It is estimated that in the European Union the net cost of taxes raised for this purpose will reach about 2 % of GDP. In Great Britain it is the same, cuts to public spending will not begin until 2025, due to the energy price cap imposed.

About two-thirds of the eurozone’s energy spending is regulated by standardized prices. This is not only costly but discourages consumers from saving energy. Barely one-fifth is targeted to the neediest sectors, as recommended by the IMF and other organizations.

The third and most worrying problem is that next year inflation will remain high and the cost of money will remain high. This year Europe has benefited from relatively stable energy prices due to the obstacles generated by China’s zero covid policy, which have limited its demand for energy.

Competition for liquefied gas (LNG) has then been weaker stabilizing prices. But China is relaxing its strict sanitary standards and the engines of its economy could soon be at 100% again.

If so, the Chinese economy will demand more energy and prices will rise again in 2023. The conflict in Ukraine is still raging, putting pressure on energy and food prices as well.

Central banks have a major challenge next year. If interest rates continue to rise, a global recession is almost certain. The world will pay a very high price to tame inflation. Instead of high prices there will be more hunger and unemployment and perhaps some unexpected black swan.