5 reasons why you should invest in Amazon stock today

Amazon is still, in 2022, a great asset to invest in. In this article we give you 5 compelling reasons why you should not miss this opportunity, and we explain how you can buy Amazon shares with 0% commissions. 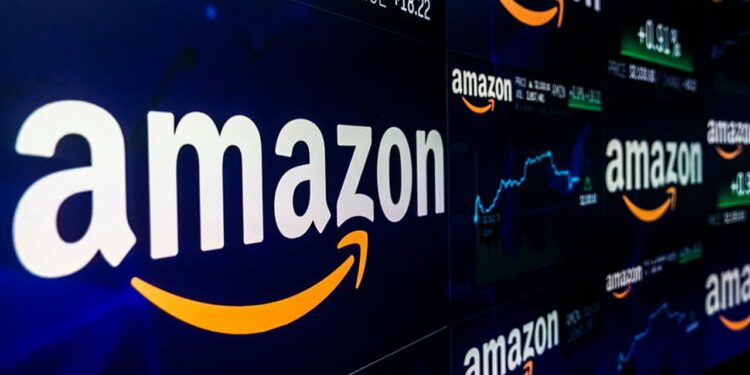 ARTICLE UPDATED AS OF 12/05/2022: The latest market correction has caused Amazon’s stock to break out of the bullish channel it has been mired in for years. These conditions have created a great (and perhaps unrepeatable) opportunity for investors. Indeed, Amazon’s current share price is close to where it was just before the coronavirus crisis, creating an interesting entry point for long-term investors.

Amazon stock, since the company’s IPO in 1997, has accumulated steady and reliable growth that has led many to consider Amazon the “gold” of the stock market.

In other words, today those same shares would be worth €5.44 million.

And we are not only talking about a great return, Amazon has one of the qualities most sought after by individual investors or long-term investors: Its growth is reliable, it is constant, almost as if it were a Swiss watch:

And while it is clear that past performance is no guarantee of future returns, the general view of the investment community and financial analysts agrees: Amazon is still a great asset to invest in in the middle of 2022.

Amazon continues to have growth, profitability and stability prospects that few, if any, other assets can offer.

why should you invest in Amazon right now, if you haven’t already?

1. Investing in Amazon is synonymous with investing in “the best businessman in the world.”

It’s not lost on anyone that investing in Amazon is synonymous with investing in the world’s richest man, Jeff Bezos (although recently Bezos and Elon Musk, founder of Tesla, have been disputing this position).

The entrepreneurial skills of Amazon’s founder and current CEO are undeniable. Many consider Bezos to be one of the most astute businessmen in the history of mankind.

Recall that Bezos created Amazon in 1994, and in just over 20 years managed to position Amazon as the leading company it is today; becoming, along the way, one of the richest people in the history of mankind.

Bezos is still fully involved in the corporation, serving as CEO and owning 53M shares of Amazon stock (10% of the entire company) with a net worth of $161 billion. Amazon’s founder is indeed the main stakeholder in Amazon’s stock continuing its exponential growth.

His interests are completely aligned with those of anyone who buys Amazon stock: to keep making money by making Amazon bigger and more profitable.

In short, investing in Amazon is synonymous with investing in one of the most astute and successful businessmen in history, the man who in 20 years went from being an unknown to becoming the richest person in the world.

2. Amazon is much more than an ecommerce

platform
Many people think that Amazon is only a great ecommerce marketplace. Big mistake, Amazon goes much further.

For example, Amazon owns one of the most powerful and widely used cloud computing infrastructures in the world: Amazon Web Services (AWS). During 2020, AWS had a market share of 31%, a figure that increased to 33% in 2021.

Platforms such as Netflix run entirely on Amazon’s cloud infrastructure. Facebook, Zoom and LinkedIn are supported by AWS infrastructure. Even NASA has contracted cloud computing infrastructure from Amazon to use its vast computational network, which spans the globe, to perform complex computations.

A little known fact is that since August 2020 AWS has quantum computing infrastructure available to its customers, being the first corporation in the world to offer these services (and ahead of Google and Microsoft, its main competitors in quantum computing).

Quantum computing represents a paradigm shift comparable to the invention of printed circuit boards. It is a technology 100 million times faster than traditional computing, a technology that will change the world as we know it. And once again, Amazon has managed to take the lead and be the first company to offer quantum computing to governments, security agencies and researchers around the world.

In addition, Amazon owns many other businesses and subsidiaries, such as a TV and film studio (Amazon Studios), a video on demand platform (Amazon Prime Video) and a long list of emerging startups and other established companies: IMDb, Twitch, Zappos, Ring, Whole Foods Market, Audible, Souq…

is a sector with a lot of growth ahead (And Amazon dominates it)
The ecommerce sector is still in its initial growth phase with a market share of approximately 12% (compared to traditional sales). All forecasts indicate that online sales will continue to increase over the next decades:

To the above we have to add that Amazon in the US dominates the market with a 50% market share. Amazon’s market share also increases with each passing year, estimated at an increase of 3.2% per year:

Amazon’s marketplace currently has a presence in 58 countries on 5 continents, including China, United Arab Emirates, Turkey, Singapore, Brazil… Since its birth, Amazon has not stopped for a single moment its geographical expansion and it is clear that Bezos has a very clear plan: to turn Amazon into the global ecommerce platform.

Many of the markets it has opened in recent years (United Arab Emirates, Turkey, Australia, India…) are still in a development phase and are expected to flourish and grow in magnitude in the coming years, and may even surpass the turnover of Amazon USA.

To all of the above we must add Amazon’s eagerness to incorporate multiple promising companies under its umbrella, as we have already mentioned a few paragraphs above. Everything suggests that Bezos will continue to incorporate new acquisitions under the Amazon parent company, many of them emerging companies with great futures ahead of them.

Amazon is also pursuing a process of horizontal expansion through its Amazon Business marketplace, which currently already sells B2B supplies to large companies such as hospitals, schools and universities.

The global crisis caused by COVID-19, far from affecting Amazon, has catapulted and accelerated its growth even more. Amazon even had to “pause” the sale of certain “non-priority” items in some countries at certain times, in order to be able to supply the population with basic necessities such as food, hygiene products and parapharmaceuticals.

In the midst of the pandemic, Bezos’ corporation was forced to hire 100,000 new workers to cope with the increase in sales, as reported in its official blog.

COVID-19 caused many users who were using Amazon on an ad hoc basis or were not yet customers of the platform to start using it on a recurring basis: Amazon adoption has accelerated.

On the other hand, AWS (the Amazon subdivision that dominates cloud computing worldwide) has also experienced a huge growth in its business volume. Remember that companies such as Netflix and Zoom, which were in high demand during the coronavirus crisis and will be indispensable in the post-pandemic world, are entirely based on Amazon’s cloud computing infrastructure.

In short, Amazon has benefited enormously from this terrible crisis. We have no doubt that Bezos’ large corporation has emerged even stronger and more dominant from this crisis, and that Amazon’s share price will be catapulted by these circumstances.

: Amazon’s stock price will continue to rise
Among Wall Street’s leading financial analysts, there is an almost unanimous consensus when it comes to investing in Amazon. Of 51 financial analysts surveyed, 49 either recommend immediate purchase of its stock or estimate that Amazon’s stock growth will outpace that of its competitors. Only one analyst gives it a “hold” rating.

No financial analyst surveyed is bearish on Amazon, a situation rarely seen on Wall Street.

The same survey reveals that the most optimistic price consensus among financial analysts in the near term stands at $5,200 per share, representing a +56.95% upside to the current stock price. The most pessimistic forecast estimates that Amazon’s share price would only increase by +11.71% in the near term, reaching $3,700.

This data obtained from 51 analyses by some of Wall Street’s most reputable financial analysts makes clear what is evident: The company is destined for success, and investing in Amazon can give us huge potential returns-even in the midst of 2021.

The trigger that can trigger Amazon’s shares to soar

To all of the above we have to add that in early March 2022 Amazon announced that it is going to do a 20:1 stock split and invest $10 billion in share buybacks. How can these maneuvers influence Amazon’s stock price?

how can you invest in Amazon right now and without paying commissions for buying shares?

If you want to invest in Amazon, the favorite option recommended by El País Financiero is the broker eToro.com, an investment platform used by more than 20 million users, based in London and authorized by CySEC and the FCA

its registration).
When it comes to buying Amazon shares, eToro offers us a great advantage: No commissions of any kind (0%) on the purchase, sale or custody of shares. Another important point in favor of eToro is that it allows you to add funds to your account immediately by credit card, Paypal or bank transfer (among others).

In addition, eToro.com allows you to invest in Amazon by buying fractions of shares, so that even investors with little capital can invest in large companies whose shares have a high price.

> Go to eToro.com to buy Amazon shares with 0% commissions <

Find the best broker to invest in Amazon

When it comes to investing in Amazon stocks, choosing the best possible investment platform is a vitally important aspect. Below you will find the stock brokers we recommend to our readers, taking into account the following criteria:

Legal and Risk Disclaimer: NAGA is a platform that offers CFD and non-CFD products. 77% of retail investor accounts lose money when trading CFDs with this provider. You should consider whether you can afford to take the high risk of losing your money. Cryptoassets are highly volatile and unregulated investment products. They do not have EU investor protection. Your capital is at risk.
Go to the complete ranking of the best brokers
Tags: Amazonamazon sharesAWSinvest in amazonJeff Bezos