Investing in Apple: Is 2021 an excellent time to buy its shares? 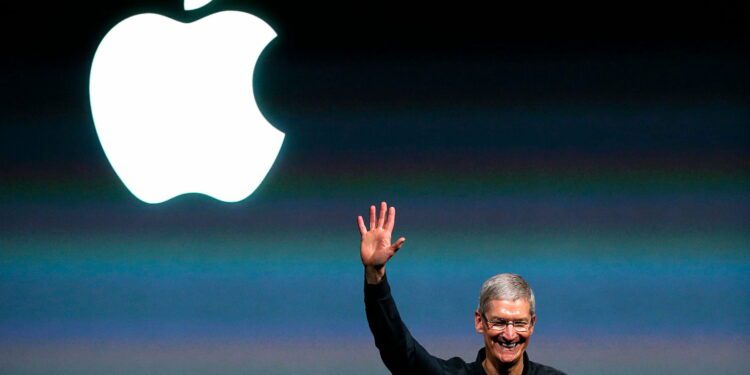 Is this a good time to invest in Apple? There is no doubt that the recent pandemic has hampered Apple’s operations and such an event may put short-term pressure on its earnings. However, there is no company with greater potential to withstand and emerge stronger from this global crisis than the anti-fragile Apple.

In fact, if we look at its share price we see that it has already recovered from the “stumble” caused by the COVID-19 crisis and, as of the writing of this article, is trading at pre-pandemic values:

Apple, with more than 1.5 billion users of its devices and enough cash, new products, and services, all under the leadership of a first-class management team, has everything to continue creating wealth for its shareholders.

But the analyst writing these lines should clarify that Applemania is not new and has its roots in the eighties when the first Apple Macintosh was released. However, now more than ever, the appetite to buy Apple shares seems to be more than justified. The strength of Apple stock has allowed the Cupertino company to carry out the magnificent share buyback and dividend payment programs for all these years and many more.

What reasons do we find for investing in Apple?

Apple’s revenues have grown over the last 5 years at a compound annual growth rate or CAGR of 3.5%, while its operating margins declined from 30% to 24.5%. Good news, as such a reduction in its operating margin, indicates that the company is investing in its future.
Another piece of good news for current and future Apple investors is that the company, despite having stagnated somewhat over the past five years, has begun to reap the rewards of a successful diversification of its products and services. Thus, we see how service revenues have reached a record $13.3 billion, a resounding increase of 17% compared to the previous year.
This is evidence of the rapid and dramatic shift Apple’s revenue streams are undergoing, as well as the ability of the company to pivot to new and more profitable businesses.
Apple’s services unit also has the function of guaranteeing the company’s revenue growth as the margins or percentage profits from services are, nothing more and nothing less, of 62.8%, according to CNBC reports.
If we analyze the evolution of Apple’s sales, we see that in recent years iPhone and iPad sales have suffered stagnation or slight reduction.

To compensate for the stagnation of the iPhone, the services unit has grown and now contributes a monumental 20% to total revenue. But not content with this, they are expected to continue to grow in the coming years with an annual rate above 15%.

In addition, Apple has an ace up its sleeve with which it hopes to recover the splendorous iPhone sales figures it had a few years ago (we’ll tell you about it a little later).

The wearables, home services, and accessories segment is growing at a compound annual rate of 24% and contributes 10% of total revenue, explains Business Insider. This segment is Apple’s “great white hope.”

In short, Apple currently has 3 vectors that push and will push its turnover –perhaps to levels never seen before– in the coming years: Services, wearables, and the new iPhone (the ace it has up its sleeve and with which it hopes to recover the lost market in smartphones).

Juicy dividends and share buybacks: The perfect scenario for investing in Apple

Investing in Apple is practically a guarantee of capital gains, obtained through the increase in the share price, but also through the dividends that the company has been paying religiously over the last few years. To be more precise, Apple has paid out dividends every quarter (4 times a year) for the past few years.

In addition, the share buyback program has the effect of decreasing the number of shares in the company, so investing in Apple’s stock is like periodically buying more shares without taking money out of your pocket. Apple has $90 billion to buy back shares and continues to decrease the number of shares outstanding. And more shares mean more dividends!

When a company buys back its own shares by repurchasing, it usually cancels the acquired shares. This decreases the number of shares outstanding, which results in an immediate increase in the share price and more dividends per share: By decreasing supply and maintaining demand the price responds by rising.

Apple’s shares are a diamond in the rough, especially for investors who prioritize dividends and see Apple’s buyback policies as a maneuver to reward the Cupertino company’s shareholders. An unbeatable scenario for the investor:

Wearables and services are Apple’s salvation

Tim Cook proposed to strengthen the launch of wearables and services, which are growing by over +20% in recent years. These two segments offset stagnant iPhone, Mac, and iPad sales and allow Apple to continue to grow sales at a healthy rate of about 7%.

Wearables, home services, and accessories complete a fantastic ecosystem that Apple has built over the past few years. As further evidence, Apple Watch accounts for approximately 55% of the global smartwatch market.

As Apple pivots for the first time from hardware sales to a subscription-based services business, at the same time, the company launches the iPhone SE: an affordable smartphone that will help Apple increase its revenue and add users to its ecosystem of accessories and services.

iPhone SE 2020, the ace that Apple keeps up its sleeve

As a consequence of the trade war between China and the United States and the delay of users going out to buy new phones in anticipation of 5G, Apple has launched the iPhone SE: an affordable iPhone priced at only $400. The cheapest iPhone in Apple’s history.

The iPhone is and has been the most desired smartphone in the world. If there is one thing Apple has been able to do with absolute mastery is to create an aura of desire around its products, the iPhone being a consumer product with an important aspirational component.

In other words: most of the world’s citizens have wished or aspired to own an iPhone, but how many have been able to afford it?

The launch of the iPhone SE should allow the company to significantly increase its target market. Many people who could not afford an iPhone before will now be able to buy one. Therefore, new users will come into the ecosystem; and services and wearables will continue to add incremental value to that money-making machine that is Apple.

We believe the new iPhone SE will reverse the revenue stagnation of this segment and finally, Apple will open its doors to all those who, intimately, had that aspirational desire to own an iPhone.

As soon as the world defeats COVID-19, we will enter a new normal, as evidenced by Twitter’s new “Work from Home for Life” policy. During the crisis, many people experienced working from home for the first time in their lives. This shift to the “home office” will not only cause companies to spend less on rent. But will create an increase in demand for certain products and services that facilitate remote work.

Everything points to the fact that many products and services offered by Apple, such as Macbooks, iPhones, and cloud storage, will benefit from this new “normal” toward which we are veering as a global society.

Investing in Apple is investing in strength: The unstoppable bull run of Apple shares

We believe it is necessary to stress the reasons why we consider it a very good option to invest in Apple, a solid company like few others, adaptable, anti-fragile, with a remarkable inclination to take care of its investor:

If you want to invest in Apple, the favorite option recommended by Investor Times is the broker eToro.com, a platform for investment in multiple financial assets used by more than 10 million users, based in London and authorized by CySEC and the FCA (the UK regulator).

When it comes to buying Apple shares, eToro offers us a great advantage: No commissions of any kind (0%) on the purchase, sale, or custody of shares. Another important point in favor of eToro is that it allows you to add funds instantly by credit card, Paypal, or bank transfer (among others).