6 reasons to invest in Tesla (now, more than ever) 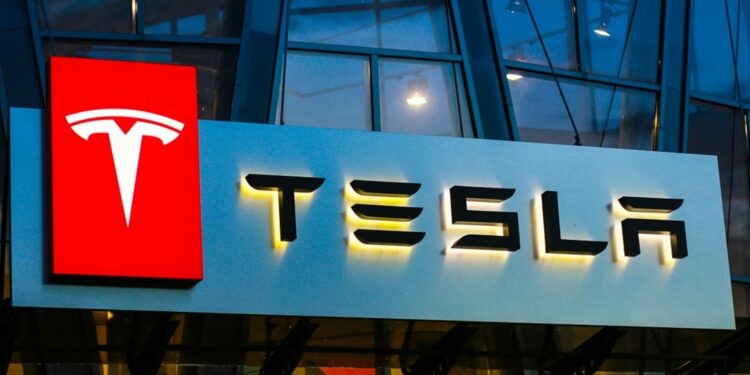 It is difficult to find an investor who has not considered investing in Tesla at more than one point in recent years. And no wonder: Tesla shares are included in the select group of those that have had the best performance in recent years.

Since the beginning of the last decade, when Elon Musk’s company began its takeoff, its shares have accumulated meteoric growth, matched only by the likes of Amazon or Netflix.

When Time magazine named the Model S one of the 25 Best Inventions of the Year in December 2012, each Tesla share was trading on Nasdaq at about $6. Since then, it didn’t stop its upward run until averaging $700 this year. An increase of 11,566% in less than a decade.

Not even the global crisis caused by the COVID-19 has managed to slow Tesla’s rise, a fact that only goes to show the strength of Elon Musk’s company even in times of global economic contraction.

Tesla’s stock price, in fact, has increased unprecedentedly during the pandemic: 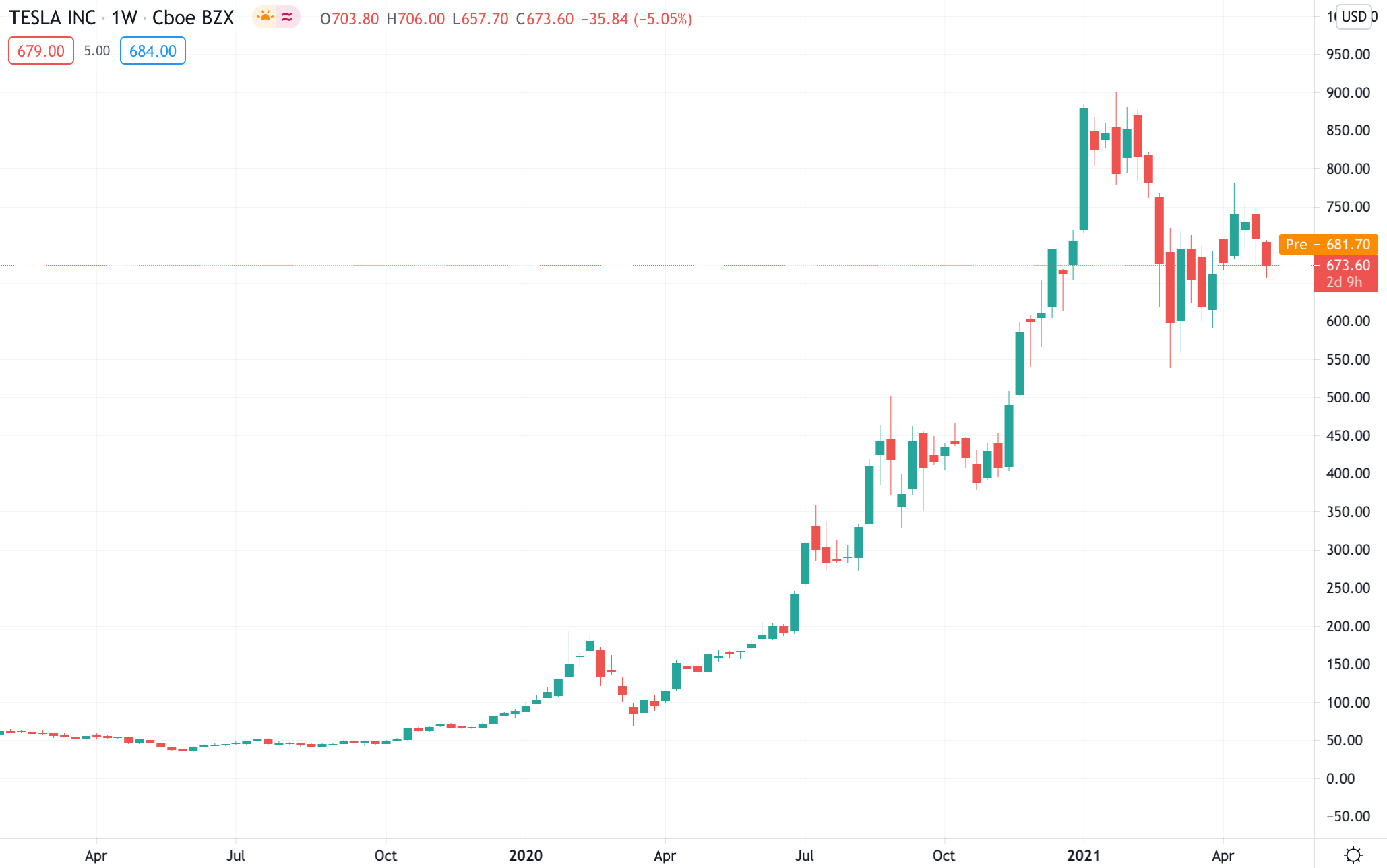 That said, you may be asking yourself: is this a good time to buy Tesla stock? Does it still have growth ahead of it?

To answer this question, let’s look at some of the many reasons that make Tesla a great asset to invest in.

1. Tesla has invented the mass electric car, fast and with autonomy

According to a Acumen Research and Consulting study published by Globenewswire, between 2019 and 2026, the size of the global electric vehicle market is expected to grow nearly five times.

The report says that in six years the global business will reach an estimated $567 billion.

Explained another way: it will grow at an annual rate of 15.6%, a real “explosion” for a market that manufactures expensive products such as automobiles.

In that framework, Tesla has a great advantage because the brand is synonymous with electric cars, just as Ford was for traditional vehicles at the beginning of the 20th century.

And something very important: the innovation that Tesla has introduced in the electric car industry is undeniable and has managed to revolutionize the sector completely. Before Tesla, electric cars were expensive, slow and with low autonomy.

The vehicles of the future will be electric, of that there is no longer any doubt. And Tesla is by far the brand most well positioned to lead the segment.

We are talking about being in an exponential growth market

And in this context of exponential growth, Tesla is the most important competitor, because it leads with 26% of market share, far ahead of its immediate pursuer, China’s BYD (10.4% market share).

Something important to mention, moreover, is that Tesla’s market share is increasing with each passing year. Tesla, between 2017 and 2020, has doubled its market share from 13.5% to 26%.

In other words: Elon Musk’s car brand increasingly dominates the sector of electric cars. A sector that, let’s remember, has a projection of exponential growth in the coming decades.

Until 2019, Tesla manufactured all of its models at three plants in the United States. The “gigafactory,” as Elon Musk likes to call them.

In California it produces about 390,000 Model S, Model X and Model 3 units a year; in Nevada it makes batteries; and in New York, cells for solar panels (another of Tesla’s businesses).

But in a strategic move, in January 2020, Tesla added a production plant in China. The new factory is on the outskirts of Shanghai and was built in just 10 months.

And there’s more: in 2021 he will inaugurate another factory. It will be in Germany, in Berlin, where he expects to produce half a million vehicles per year.

The strategy is obvious: Elon Musk does not want to fall prey to, for example, a new trade war between China and the United States, or to the tax and conjunctural provisions imposed by some countries.

By setting foot on each of the most commercially important continents, Musk is protecting its investments and Tesla’s future.

To understand these moves, one must analyze the logic of these decisions: The Chinese market is the largest and fastest growing market for electric car sales.

Also, it saves the tariffs that China imposes on the import of cars arriving from America and, additionally, improves its relations with Xi Jinping (the Chinese leader) for future business. A smart move that only brings benefits to Tesla and its investors.

With the Berlin gigafactory the logic is the same: it will have a higher cost in labor, but it will compensate it with savings in transportation of goods and tariffs.

4. Tesla is much more than a car maker: software and services could be its great gold mine

Is Tesla just a car maker or a big tech company that sells technology, services and software?

According to Wall Street analysts, Tesla should be compared with Apple and other tech giants, as it clearly belongs in this league.

Adam Jonas, a Morgan Stanley analyst, believes that the revenue from the services and software Tesla will sell will eventually exceed the revenue originating from car sales.

The same Wall Street analyst says that investing in Tesla now is like “investing in Apple 20 years ago”, when the company was only making hardware and not yet selling services.

But what services does or will Tesla sell in the foreseeable future?

For starters, many of its cars are equipped with autopilot, the well-known “Full Self-Driving” software that comes with an additional $10,000 price tag. This software can be purchased subsequent to vehicle purchase, and could have premium upgrades, requiring additional or recurring payments.

But that’s not the end of it. As Forbes explained in 2018, when Tesla’s cars are fully autonomous millions of drivers will become passengers; passengers who will occupy their time buying and installing apps, browsing Internet, or reading books on the car’s multimedia system.

Is it any coincidence that the Tesla’s interior looks more like an entertainment center than a traditional car?

Each Tesla will also have a wealth of information about its user: what commute they take, what restaurants they go to for lunch, where they shop, what gym they go to…. The kind of highly segmented information that is invaluable to advertisers.

To the above we have to add many other services that, while more traditional, could mean a big increase in Tesla’s revenue (and share price).

We’re talking about car insurance, the sale of energy and chargers, solar panel manufacturing and installation, Tesla Network (an autonomous car-sharing network that Elon Musk is working on), etc.

Musk’s fame exceeds Tesla. Among other businesses he has around the world, he founded Paypal, the successful means of payment company. He grew it exponentially and sold it for $1.5 billion.

Think about the Musk-Tesla relationship: Elon did not found Tesla, but he joined the company by investing $30 million (buying 22.4% of the shares) and today the company is worth more than $700 billion.

Musk turns everything he touches into gold: He is one of the great visionaries of our times, a contemporary Leonardo da Vinci. Tesla’s CEO has virtues that are highly valued today: innovation, vision and avant-gardism

While he brought Tesla to lead the electric car market, Musk was the driving force behind Boring Company, a company dedicated to the design and construction of tunnel boring machines, and SpaceX, a company with which he seeks to conquer the universe. That’s how ambitious Musk is.

In short, investing in Tesla is investing in a great visionary —undoubtedly the greatest of our time–, but also in a tireless worker.

A decade ago Musk was asked what advice he would give to entrepreneurs. He replied, “Work 90 hours a week, or more, because you will make it to the finish line in half the time of your rivals, ‘slackers’ who work only 40 hours a week.”

Who wouldn’t want to invest in a visionary genius with such a tireless work ethic?

6. Cybertruck and the opportunity it creates to invest in Tesla

The launch of Tesla’s newest product is a clear example of how the brand is one step ahead of the rest (and that’s synonymous with returns for in investor).

In November 2019 Musk unveiled Tesla’s first SUV, the Cybertruck, a vehicle with a clunky, stripped-down design with which it seeks to compete against a giant: Ford’s F-150 pickup truck.

“It’s a tank, tough, just the way Americans like it,” Musk said in coming out in defense when the Cybertruck was criticized.”

Wow could it not be?

How could they not criticize it when it looks like something out of a sci-fi movie like Blade Runner? Who would want to buy that?

Again: Don’t be so quick to judge Tesla or belittle the genius of Elon Musk.

Six months passed and the extravagant Cybertruck already had 622,000 buyers on a waiting list for the first units to be manufactured by the end of 2021.

As of this writing, it is estimated that Cybertruck could have more than 1.4 million reservations, as reported by users of the Cybertruck Owners Club forum. (As they relate when a buyer reserves their unit they can see their spot in the waiting queue.)

That is, the current Cybertruck reservations Tesla has on hand will immediately imply a sales volume of more than $50 billion. (These calculations are made considering that all buyers would opt for the most basic Cybertruck model, priced at $40,000. However, many buyers have reserved higher models, whose market price reaches $70,000.)

Can you imagine the impact this will have on its share price?

How can you invest in Tesla right now, without paying commissions on the purchase of the shares?

If you want to invest in Tesla, the recommended option by Investor Times is the broker eToro. com, an investment platform used by more than 20 million users, based in London and authorized by CySEC and the FCA (the UK regulator).

When it comes to buying Tesla shares, eToro offers us a great advantage: It charges no commissions of any kind (0%) on the purchase, sale or custody of shares. Another important point in eToro’s favor is that it allows you to add funds to your account immediately by credit card, Paypal or bank transfer (among others).

eToro.com is the broker where you can buy Tesla stock with no commissions