Investing in Cannabis: Is it a market with a future? Which companies to invest in? 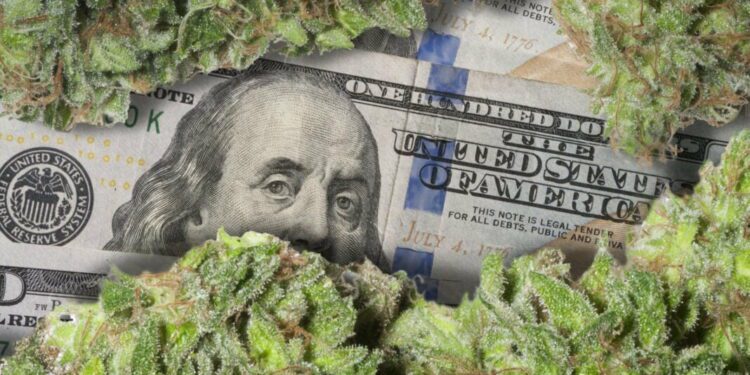 Investing in cannabis is one of the great objects of debate and controversy in the investment world. Most of the legislations at a global level contemplate penalties for trafficking, cultivation, or possession of marijuana. Today, its consumption for any use is only legal in Uruguay, Georgia, South Africa, Canada, and Mexico. In the USA, although it is not legal at the federal level, recreational consumption is permitted in 19 states, including Washington, California, and New York.

In contrast, about 30 states allow the use of cannabis for medicinal purposes. The U.S. National Academy of Science, Engineering, and Medicine concluded in 2017 that marijuana is effective for the treatment of chronic pain. It is also useful against diseases such as Parkinson’s, Alzheimer’s, and epilepsy.

More and more countries are willing to put aside prejudices and evaluate the economic benefits of investing in cannabis. According to Grand View Research, the global cannabis market could reach a volume of $70.6 billion by 2028.

And if the United States finally decides to legalize the narcotic at the federal level, the industry’s growth would be even greater. At this juncture, many investors see cannabis as an important opportunity to grow their wealth. Cannabis legalization, in effect, has gone from anecdotal to a global trend.

Before You Invest: The Context of the U.S. Cannabis Business

Medical marijuana is legal in 36 states across the country, while 19 states, including the District of Columbia, allow for recreational use. In the November 3, 2020, general election, Arizona, Montana, New Jersey, and South Dakota authorized adult-use cannabis.

This year, New York passed the law legalizing the recreational use of marijuana for those over 21, as did Virginia and New Mexico. For the time being, federal law still makes the purchase, sale, or possession of cannabis illegal. Marijuana is in Schedule I, a category reserved for drugs such as heroin and LSD.

Despite this, President Joe Biden supports decriminalizing marijuana use at the federal level, a fact that sparks investor interest. Jen Psaki, White House press secretary, assured that the government seeks to relocate cannabis as a Schedule II drug. In this way, researchers will be able to study its positive and negative impacts.

In 2020, Democrats passed a cannabis legalization bill in the House of Representatives. It was the first time federal lawmakers passed such a proposal, but it was blocked by the Republican Senate.

This year, Democrats control both houses of Congress, so federal legalization could become a reality. If it happens, consumers would not be the only ones to benefit, but the industry as well. Cannabis companies would finally participate in interstate commerce, thus increasing state tax revenues and profits for the producing companies themselves.

The decision would also encourage many corporations to invest in California’s cannabis market. Currently, the state is famous for growing some of the best cannabis in the world. If it exports its product, revenue for the industry and the state would skyrocket.

The potential of investing in cannabis

The estimates from Brightfield Group, market research, and analysis company specializing in cannabis, are positive. The company projects that the U.S. marijuana industry will post $17.7 billion in sales this 2021.

Equally, Brightfield Group forecasts it will reach $43 billion in sales by 2025. Even cannabis could rival the alcohol industry if it reaches $100 billion by 2030, as young consumers are rapidly switching from beverages to marijuana.

Thanks to this appeal, the cannabis industry could mature in the long term to between $200 billion and $500 billion according to analyses by Canopy Growth and CNBC reporting. Meanwhile, legal marijuana spending in Canada exceeded black market spending for the first time in history.

Growth in the medicinal and recreational market

“We really revolutionized the pharmaceutical industry. Whether you have geriatric care or not, you’re dealing with arthritic conditions, you’re someone who can’t sleep, you’re going through oncology treatment. Cannabinoid therapies really hit the mark,” said Bruce Linton, co-founder, president, and CEO of Canopy Growth.

Thanks to legalization in several markets, medical marijuana is expected to grow at a steady pace. In 2020, the chronic pain niche accounted for the largest revenue share for the cannabis market. There was increased awareness and greater social acceptance of the medical use of marijuana over the past year. The mental disorders segment is also expected to contribute to the industry, due to an increase in the number of patients with stress and anxiety.

On the other hand, the pandemic drove recreational marijuana sales during 2020 to unprecedented levels. The United States recorded nearly $18 billion in sales, according to an analysis by Leafly.com. Nationally, adults bought 67% more cannabis last year than in 2019. The growth was 45%, with a difference of $7.2 billion.

Colorado billed an average of $175 million monthly from recreational marijuana sales in 2020. Of that total, 32 million was in taxes for the state government. For its part, recreational cannabis sales in California generated $1 billion in revenue for the state.

In fact, the U.S. government could be a major stakeholder in the federal legalization of cannabis.

How to invest in cannabis

This last group is in charge of providing logistics, transportation, and packaging services. Opportunities to invest in the marijuana market are abundant. In addition, most of the companies have a sufficient level of solidity, transparency, and credibility.

The most interesting companies to invest in

Most investors tend to articulate their investment in cannabis by focusing on a few listed production companies, generally the most solid and renowned ones. Below we list the best companies you can invest in to get optimal exposure to the cannabis market:

One of the big leaders in the industry is Canopy Growth (CGC). The Canadian marijuana producer operates under several brands and markets both medical and recreational strains. It is also the first cannabis company to be listed on the New York Stock Exchange. Since going public in 2014, it has appreciated by more than 500%, reaching peaks of 1,800% returns.

Tilray is another case of a Canadian company listed on the US stock exchange. Founded in 2013, it has become a leader when it comes to cannabis cultivation, research, and production. It currently has authorization and certification from the European Medicines Agency to produce cannabis and operates in more than 8 countries.

Sundial Growers is a more modest company than the above. Although listed on the U.S. Stock Exchange, it is focused on the Canadian market. It produces Cannabis and derivative products, such as vapes, extracts, medical cannabis, and non-psychoactive derivative products.

Also north of the Americas is Aurora Cannabis. The Canadian producer is listed on the Toronto Stock Exchange and Nasdaq as ACB. It has operations in 18 countries and the capacity to produce up to 500,000 kilograms of cannabis annually. It also has plans to expand into the food market, with the creation of beverages based on a non-psychoactive ingredient in marijuana.

Cronos Group is a large corporation dedicated to cannabis, under the umbrella of which multiple brands dedicated to marketing its products are housed. It is dedicated to the research, production, and distribution of cannabis and derived products, both for recreational and medical use. It markets its products in Canada, the USA, Germany, Israel, and Australia. Since it went public, it has accumulated growth of 1,800%, although at certain times it has offered investors a yield of 10,000%.

Grow Generation, contrary to the companies we have seen so far, is a corporation dedicated to the creation and commercialization of hydroponic growing solutions, in addition to all the necessary infrastructure for the industrial cultivation of cannabis. In recent years it has surprised with profits well above expectations, a fact that has catapulted its share price, which has accumulated a 1,300% return since the company went public in 2017.

If you want to invest in cannabis by buying shares of the above companies, the favorite option recommended by Investor Times is the broker eToro.com, an investment platform used by more than 20 million users, based in London and authorized by CySEC and the FCA (the UK regulator).

When it comes to investing in cannabis, eToro offers us a great advantage: It does not charge commissions of any kind (0%) on the purchase, sale, or custody of shares.

Another important point in favor of eToro is that it allows you to add funds to your account immediately by credit card, Paypal, or bank transfer (among others).

In addition to the above, eToro.com has all the companies we have mentioned in this article available for investment and allows the purchase of fractions of shares, so that even investors with little capital can invest in large companies in the cannabis sector.

> Go to eToro.com to invest in cannabis with 0% fees <

Risks to consider when investing in cannabis

Any investment carries risks. The cannabis market is no exception. Changing and constantly evolving legislation presents an opportunity as well as a potential risk when investing in cannabis.

There is also a moral hazard. The World Health Organization (WHO) classifies cannabis as a drug. Also, many societies consider the substance to be “immoral” and “irresponsible”. This bad reputation can leave out both investors and companies unwilling to market marijuana or its products.

On the other hand, one of the characteristics of the cannabis market is its high volatility. Shares can rise quickly, just as they can fall overnight. However, everything points to the long-term trend are upward.

*Your capital is at risk. Other fees apply. For more information, visit etoro.com/trading/fees.
Tags: 2021CanadácannabisInvestmentMarijuanaUSA