The Treasury Secretary denied that the country is in recession despite the GDP data reported this morning. 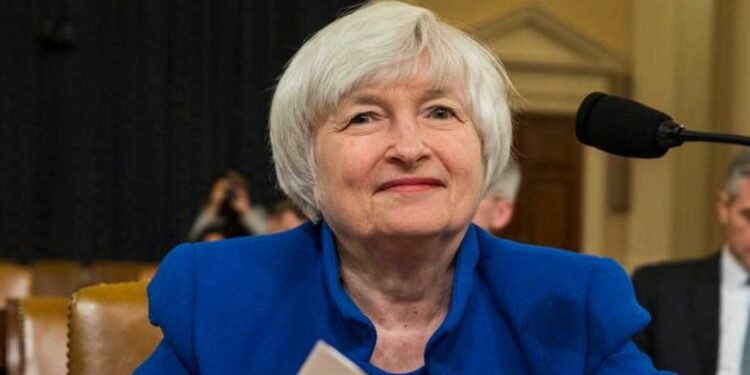 Treasury Secretary Janet Yellen stated this afternoon at a press conference that the two declines in U.S. GDP do not indicate that the country is in a recession. She agreed with Fed Chairman Jerome Powell’s statement on Wednesday.

“A true recession is a weakening of the broad base of the economy,” Yellen said at a press conference on Thursday, hours after the second quarter GDP data was released. “That’s not what we’re seeing right now”.

“Employment rose by 1.1 million jobs in the second quarter, a sharp contrast to the average loss of 240,000 in the first three months of past recessions”, she clarified.

Nevertheless, the Treasury Secretary stressed that inflation remains very high. “Bringing it down must be a priority for the administration. Consumer prices are likely to come down in the coming days,” she said.

“We are not going to be in a recession, in my opinion”, said Joe Biden, the President of the United States, in response to a question from a journalist.

“Both Fed Chairman Jerome Powell and many of the leading economists and bank employees say we are not in a recession”, Biden said. In his words the U.S. boasts “a record labor market” with a “historic unemployment” rate, with about nine million jobs started since he took office in 2021.

Biden, like Yellen, backed the most recent economic data to weigh in on the strength of the U.S. economy, and argued sharply “This doesn’t sound like a recession”.