Jefferies anticipates difficulties for Lululemon: there is room to wait

The strong momentum that Lululemon hopes to build in the male segment is slowing down and that could hurt the company. 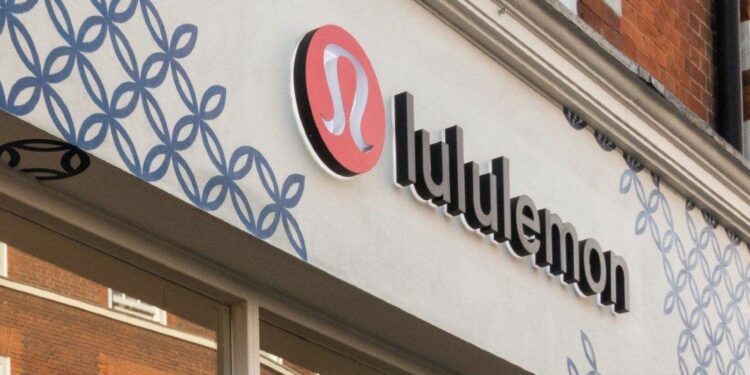 Jefferies has downgraded Lululemon’s expectations and that is not a good sign for the brand.

The multinational financial services firm downgraded the sportswear company because it believes it will struggle to enter new sectors in the absence of what should be “a consistent portfolio” of male ambassadors and sponsorship deals such as those with Adidas, Nike and Under Armour.

Specifically, according to Jefferies, everything stems from the fact that Lululemon has not finalized the registration of male ambassadors already announced: Joe Wicks, fitness trainer, Jordan Clarkson, basketball player member of the NBA’s Utah Jazz, and actor Matt James.

We are lagging behind, the brand had said days before Jefferies’ forecasts.

Competition from Lululemon and target price

The New York-based financier noted that Lululemon is facing increasing competition from the likes of Vuori, Athletica, Rhone and Alo, and that the market in which it sells is becoming increasingly crowded, so they are skeptical about its ability to grow.

At least, not as fast as they expected.

In this way, he also added his concern that sales per square meter of floor space would not be as anticipated, as well as margins and forecasts.

Another piece of information from Jefferies: stocks may be overvalued because they have been boosted by the pandemic crisis.

A possibility of slower growth given that data may hamper Lululemon, Jefferies says. In addition, improving competitor brands also make up another element to think about when making investments in the sportswear firm.

Lululemon is set to contract as growth slows, so Jefferies recommends underweight rating Lululemon stock, with its price target downgraded from $375 to $200.

Jefferies, furthermore, in the same report, underweighted Under Armour, with a price target downgrade from $20 to $10.

The bank expressed concerns about the instability of its management following the departure of Patrik Frisk as president and CEO of the company.

It also warned of strong comparisons coming up.

Under Armour shares are at a tricky price to analyze, according to Jefferies.

However, although the fall is greater than that of the sector it is part of, the fact is that it is far from its highs and, with some marketing and a tailwind, it could recover ground.

Nike from Jefferies’ point of view

Already entering the “Nike world”, a serious giant in the sector (along with Adidas), Jefferies said it continues to see the U.S. company as the owner of footwear and sportswear in a market with a high fragmentation, so it kept its price target at U$S 156.

They noted from the financier that they prefer Nike’s shares relative to Lululemon’s, specifically because of the women’s footwear line launched by the Canadian company some time ago and because next year’s men’s launch presents potential headwinds to profit margins.

Jefferies analysts said that if there is a choice between one and the other, they have a preference for Nike stock (and not Under Armour) because of recent changes at the top, something that could lead to some instability.

Lululemon is landing in Spain in September with the opening of stores in the main cities, Madrid and Barcelona, after opening a website specifically for the Spanish market.

With its “Power of Threex2” growth project, Lululemon estimates that its international revenues will quadruple by 2026 compared to last year’s levels.

Expansion is, in addition to product innovation and consumer experience, one of the three key elements of its growth plan.

Lululemon’s international sales in 2021 had reached $958 million, 15 percent of its total revenue, with compounded growth rates of nearly 40 percent over three years.

The company is now pursuing a new “omnichannel” approach, with the idea of extending the store network and digital commerce, as well as expanding geographically.

Find the best broker to invest in Lululemon, Nike & Under Armour

When it comes to investing in Lululemon, Nike & Under Armour stocks, choosing the best possible investment platform is a vitally important aspect. Below you will find the stock brokers we recommend to our readers, taking into account the following criteria:

Legal and Risk Disclaimer: NAGA is a platform that offers CFD and non-CFD products. 77% of retail investor accounts lose money when trading CFDs with this provider. You should consider whether you can afford to take the high risk of losing your money. Cryptoassets are highly volatile and unregulated investment products. They do not have EU investor protection. Your capital is at risk.
Go to the complete ranking of the best brokers
Tags: JefferiesNikeShares of LululemonUnder Armour