Here’s what the economy and markets will look in 2023, according to JP Morgan 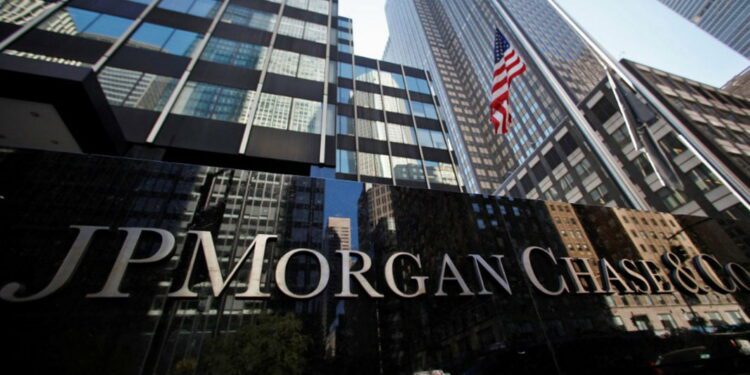 One of the deepest footprints left by the coronavirus pandemic will be a global recession. Economies successfully weathered its negative effects during 2020 and 2021, but the cost was very high. Now they will have to deal with a global recession as a result of drastic interest rate increases.

JP Morgan analysts foresee the arrival of a recessionary process. But they predict that eventually the markets will stabilize after economic growth slows down.

They also point out in their report entitled Market outlook for 2023 the “good news” is that central bank interest rates will stop rising, so price growth is “likely to fall”.

A good year for bonds and stocks

In their optimistic analysis of the global economic situation, the strategists predict that 2023 will be a historic year for stocks and bonds. They also offer their forecasts for currencies and emerging markets.

“There is good news and bad news for equity markets and, more broadly, for risk asset classes in 2023. The good news is that central banks will likely be forced to pivot and signal an interest rate cut sometime next year,” says Marko Kolanovic, chief global markets strategist and co-head of global research at JP Morgan.

If so, there would be “a sustained recovery in asset prices and, subsequently, the economy by the end of 2023.” While “the bad news is that for that pivot to occur, we will need to see a combination of further economic weakness, rising unemployment, market volatility, declining risk asset levels and falling inflation,” he adds

The pace of growth of the global economy in 2023 is expected to be slower and consolidate at around 1.6%. This is due to the tightening of financial conditions, the worsening of China’s COVID policy with winter and the persistence of energy supply problems in Europe.

However, analysts believe that “the world economy is not at imminent risk of falling into recession”. They believe that falling inflation would help promote economic growth, “but a recession in the U.S. is likely before the end of 2024.”

By the middle of next year, JP Morgan expects the S&P 500 index to retreat to 2022 lows. Although if the Fed abandons its aggressive rate hike policy, “it could spur an asset recovery later in the year, which would take the S&P 500 to 4200 by year-end.”

Strategists note that a deflationary process along with rising unemployment and falling business confidence should be enough elements for the Fed next year to pivot monetary policy.

The trend of the global consumer price index (CPI) is towards a slowdown to around 3.5% in early 2023 after reaching figures close to 10% in the second half of the year.

However, 55% of investors surveyed by JP Morgan for the report expect the US central bank to maintain interest rate increases until the first quarter of 2024 or beyond.

The report highlights that rising money costs are depressing the housing sector. As a result, it estimates that the sharp rise in the dollar is likely to be affecting U.S. corporate profit margins. It also notes a tightening of credit conditions.

Some signs in the market are indicators of how high interest rates are affecting the economy. For example, falling imports of low-income commodities from emerging markets. Likewise, with the risk of collapse of UK pension funds and the crypto winter in the US.

These sectors that are tied to the economy are sending very clear signals. Tightening financial conditions not only generate stress but could eventually spread their effects to other sectors and threaten macroeconomic stability.

In relation to Treasuries, the bank believes that core fixed income will offer investors the potential to protect, yield and appreciate capital. As for the stock market, JP Morgan expects large-cap technology stocks to underperform. In contrast, small-cap stocks in the market would outperform.

The labor market is likely to tend to stabilize in the U.S. The bank believes that employment could reach high numbers. However, the demand for labor would also be peaking. Consequently, unemployment could rise again in 2023.

The trend for companies will be towards freezing new hires or laying off workers to reduce their operating costs. This is something that large companies such as Amazon, Meta, Twitter, Microsoft and Peloton already started a few months ago.

Despite the challenges expected for 2023, JP Morgan analysts believe that the outlook for investors would be more encouraging than this year. They argue that 2022 was one of the worst years for balanced investment portfolios. So, everything that could have gone wrong for investors happened in 2022.