Exxon Mobil and Chevron reported great results in the last period. The same is true for European oil companies 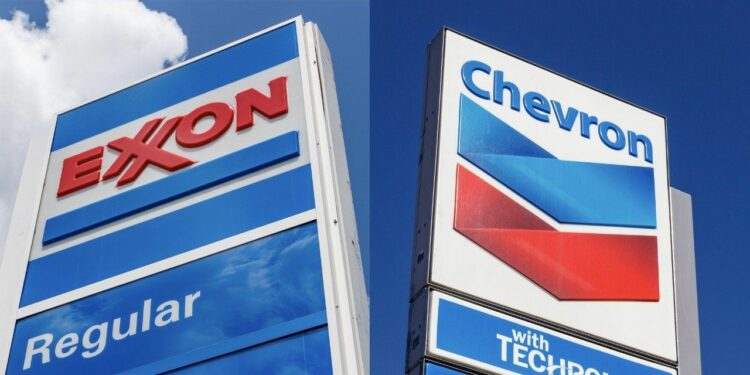 Exxon Mobil and Chevron reported record earnings on Friday, encouraged by the increase in oil and natural gas prices. Their good results coincide with those of European companies in the sector.

Combined with Britain’s Shell and France’s TotalEnergies, they earned $51 billion in the quarter. This is double the year-on-year figure. The four oil companies boosted their share buybacks in recent months by taking advantage of excess liquidity thanks to oil and gas sales.

Exxon Mobil posted a net profit of $17.9 billion surpassing its own 2012 record. The increase in Brent oil futures was a key element in obtaining this result.

Generally, the high prices that crude oil currently maintains reduce the profit margins of large oil companies. The cost of refining is one of the main items. However, due to the war between Russia and Ukraine and the rise in prices, they have benefited.

Chevron’s oil and gas production brought in $8.6 billion, just over twice as much money as last year. Refining increased its earnings fourfold.

The company’s earnings per share came in at $5.82, a number above analysts’ projections of $4.96 per share. Chevron reported that it will repurchase shares for $5 billion. Exxon will also follow suit.

These extraordinary results of the oil companies are supported by the energy crisis that the world is going through, with an increase in energy prices that have led to a worldwide inflationary spiral.

Chevron CEO Mike Wirth explained the phenomenon: “We more than doubled investment compared to last year to grow all of our traditional and new energy business lines,” Wirth said in the earnings report. “Chevron is increasing energy supply to help meet the challenges facing global markets,” he concluded.