The metaverse is one of the most intriguing phenomena in the investment world. Some companies are betting heavily on its development. 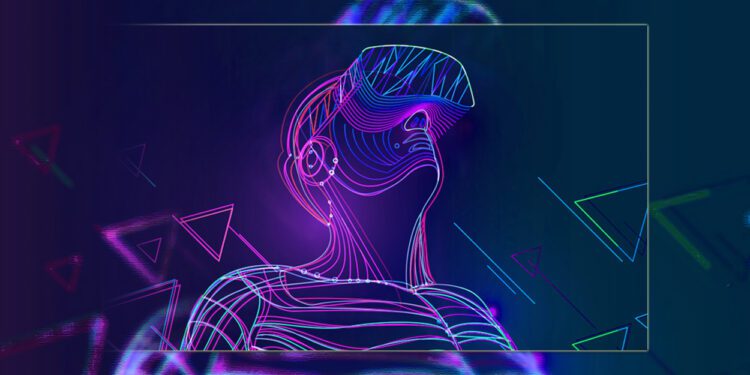 The inflation and high interest rate economy of 2022 turned into a nightmare for the entire technology sector. Companies dedicated to the development of the so-called metaverse are among those who bore the brunt of it. The following lines review the top companies engaged in the creation of such platforms in terms of revenue.

In the work, only the invoiced amounts are taken into account and not the net profits of these companies. This is because many of these players receive large sums, which are returned to these projects in the form of investment and not always with the best results.

The metaverse consists of a series of platforms powered by extended reality and other technologies. In these digital worlds, people will be able to participate through an avatar. According to enthusiasts, such technology will be at the center of the global economy in the future, where humans will be able to work, attend university and much more. For now, major projects seem to be bogged down by macroeconomic conditions.

There are many companies that are actively working on the development of the metaverse. Of those, a small group can be considered the most powerful due to the large amounts invested. The following is a brief review of the three companies with the best revenues during the year 2022:

There are other companies linked to metaverses that could well be considered for this selection. However, most of them did not have the level of revenues, popularity among the public and media impact that the three listed above had. However, NVIDIA and Disney stand out from this group. On the other hand, there is Apple, although the latter has a radically different concept and claims that its proposal is not the metaverse.

The first of these companies is Epic Games, the creator of the popular Fortnite juice. Among the juicy inflows this firm has received so far are the $2 billion injection from Sony and KIRKBI. One of the great resources of this creator is that it has a user base of 350 million users worldwide.

In addition, its virtual scenarios work without any problem, which makes the acclaimed game the envy of the competition. During 2022, the company generated some $5 billion in revenues, the main sources of which were online sales. International tournaments are also a permanent source of income.

Epic Games is a major investor in the virtual world arena, and its immersive platforms give it an added edge. With this leverage, the management expects to make the company one of the leaders in the sector, even above the giant Meta.

It recently became known that Epic Games is in the process of launching Unreal Engine 5.1. This is an update of the game engine that it will use for metaverse platforms. With this, the company seeks to position itself as one of the companies with assured dominance in the metaverse market. Although the technology it will bring to these platforms is in its early stages, the bosses are confident that long-term persistence will put them in a dominant position.

Much of the popularity of the term metaverse stems from the (for some, false) step (for some) of the former Facebook. Despite all the investments, reports of money wasted and little progress, Mark Zuckerberg’s company is one of the highest earners in 2022.

“Since the end of 2021, the company Meta became the main forger of the futuristic metaverse technology.”

In that regard, the Quest Store brought it revenues in the order of $600 million this year. This revenue is made up of online sales of games and applications. At the same time, its coveted Meta Quest 2 device saw significant sales in 2022 of more than 8.3 million glasses, for a sum equivalent to $3.3 billion.

Revenues between all products, both physical and virtual Quest Store, stand at just under $4 billion. While these are respectable revenues, it must be taken into consideration that the company’s profits remain in negative territory, as investments are greater than revenues. The board’s hope is that the public will gradually adapt to the new metaverse platforms they promise.

Meta has been suffering tremendously due to the losses that this dream of Zuckerberg’s has caused in funds. Investors spent the entire year 2022 terrified at the violent fall of the company’s shares and there are strong rumors about a replacement of Zuckerberg himself from the command of the company.

The third of the companies with the highest cash flow from their developments in the metaverse could be none other than Roblox. During 2022, the company received $1.6 billion in profits into its coffers. Most of these resources would have been generated in its avatar store. To get an idea, it should be noted that more than 1 billion NTF garments were sold in that store since January of this year.

As for the Roblox platform, it is one of the largest in the industry. Its active base of 47 million daily users is a testament to its power. Similarly, the 9.5 million developer base on its platform should not be overlooked. The latter is all about games and other types of immersive experiences.

One of the features of the platforms, is that the platform does not include VR or AR features. However, this does not constitute an obstacle for the company to consolidate its position as one of the champion companies in the metaverse.

Other metaverse experiences such as The Sandbox, Decentraland or Axie Infinity are three of the heavyweights in the sector. The problem with them is that the winter in the cryptocurrency market brought users’ interest to the floor. Add to that the constant breaches to the system of decentralized finance (DeFi) during 2022. As a whole, confidence has been permeated, but an improvement in conditions could smoothly restore the status (and revenues) to these platforms.