Microsoft shares: To buy or not to buy? Here’s the dilemma

Microsoft shares have undergone a recent correction as a result of the uncertainty surrounding the stock markets, and in particular, the technology market. We have reviewed some of its most important metrics and here are the results. Is it the right time to buy or should we wait a little longer? For the time being, Microsoft is the second best valued company in the world with an approximate capitalization of 2.15 billion dollars. 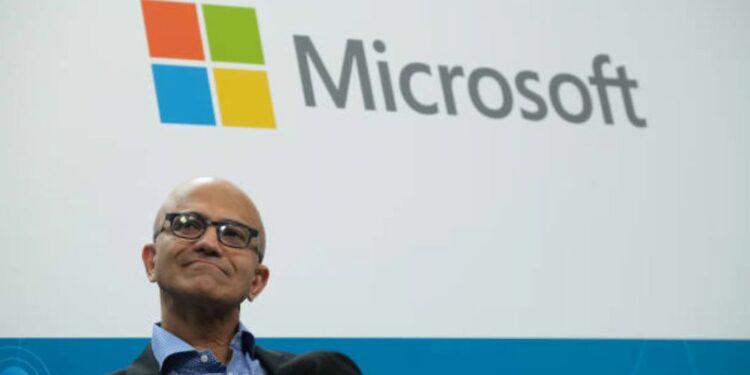 Microsoft stock is an asset that anyone would want to have in their portfolio because of the strength of the company.

There is little to say that is not already known about this technology giant. It is the second highest valued company in the world at about $2.15 billion.

Microsoft based its growth on software licensing, however, its business model has changed.

Ithas diversified greatly with a wide range of new products and services and is even developing its own hardware devices to compete with arch-rival Apple.

is now the time to buy Microsoft stock on the spur of the moment? Should we wait a little longer?

In this article we will answer those questions. Read on and don’t miss the interesting analysis that follows.

Microsoft and its business model: what you need to know

Microsoft is a global developer and licensor of software, devices, solutions and services.

It is located in Redmont, Washington (USA) and has about 181,000 employees.

“Microsoft’s stock is considered to be an aggressive growth stock, however, it is also an established company that pays dividends to its shareholders”

Microsoft’s stock is considered an aggressive growth stock, however, it is also an established company that pays dividends to its shareholders.

Microsoft’s revenues depended in the early stages of the company on a few products, which undoubtedly helped in the massification of personal computing around the world.

We are talking about the licensing fees charged for its famous Windows operating system, as well as for the indispensable Microsoft Office suite.

In its era of total dominance, long before Apple recovered or Google came along, Microsoft even gave away its version of the Internet Explorer web browser, killing off competitors such as Netscape and AOL, among others, in the process. 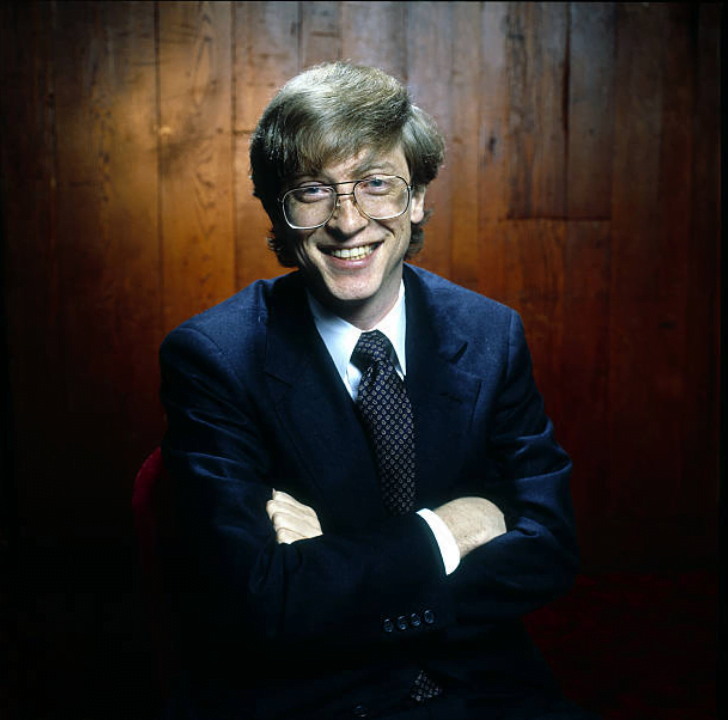 In the software industry Microsoft used to adopt a standard or product and then develop versions incompatible with that original standard that could not be used by its competitors.

However, the second coming of Steve Jobs at Apple and the rise of Google helped level the playing field for software and web browsing.

Google, for example, allows free use of its famous Android operating system, launched in 2008. In addition, it also offers a number of tools and programs free of charge.

Its revenue does not come from the direct sale of a product, but from advertising revenue from the monetization of searches through its famous engine.

Apple, on the other hand, is no longer a newcomer to the world of software development and applications for its own devices.

The iPhone, launched in 2007, confirmed this trend and helped break the dependence on Microsoft operating systems.

Going with the flow and diversifying: “freemium software” and new products 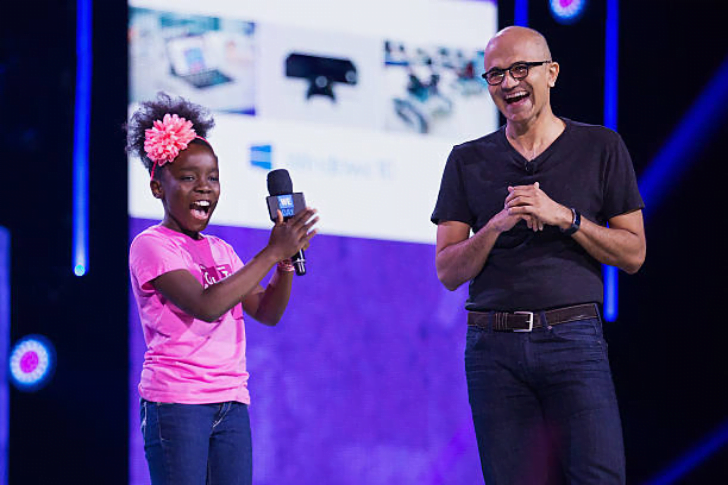 This whole situation led Microsoft to several years of irrelevance. The previous business model had run out of steam and the giant had to give in.

Although this internal trend had been gaining momentum, it was from 2014 that a change of vision was set in motion with the appointment of Satya Nadella as CEO.

The wisdom of Bill Gates as he moved away from decision-making and supported the rise of a new generation of executives trained in the company.

From then on Windows software would become much more compatible with competitors‘ products.

On the other hand, Microsoft undertook several initiatives and projects to collaborate with some of its competitors and detractors, such as Apple, IBM or Linux.

But in addition, Microsoft dabbled in the development of successful hardware devices such as its tablets, Microsoft Surface and Surface Pro.

Microsoft had the ability to understand 2 new technology trends:

Microsoft thus moved to a business model that emphasizes 3 elements:

The new Microsoft of today: What does it offer to the public? 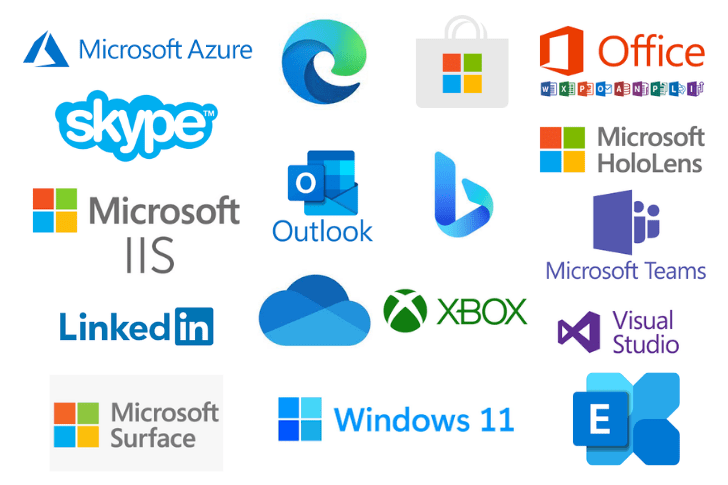 Inevitably, in order to stay in the game, you have to grow and diversify your revenue streams.

This has meant buying other companies and businesses that make up Microsoft’s broad portfolio, as well as developing new products and services:

This also means that Microsoft faces fierce competition from multiple companies, large and small, located in the most diverse technology sectors.

The company derives an increasing share of its revenues from cloud computing services (Azure), being one of the market leaders. 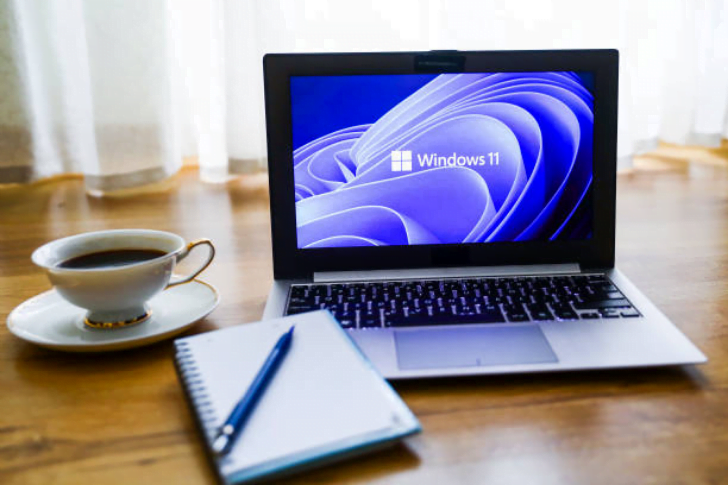 Here are the top 7 reasons that could justify a purchase of Microsoft stock right now:

Microsoft has a very well diversified business model that encompasses many technology areas spread across its 3 business segments.

It highlights its strengths in cloud computing services and is now preparing to enter the cybersecurity field and delve deeper into video games with the proposals for acquiring promising companies in these sectors.

2. Revenues on an upward trajectory

As of 2017, its revenues regained a growth trajectory, as evidenced by the annual variation rates:

In fact, since 2018 Microsoft has grown at rates of no less than 13% per year. No doubt the change in vision allowed the company to adapt its performance to the new market demands.

Earnings and dividends per share maintain an upward movement:

While it is true that past performance does not guarantee future returns, it does provide evidence of change in the company’s most important metrics and assumes that there are strengths to continue to do so in the future.

Microsoft is also strong on margins and shareholder value generation:

Return on Equity (ROE) demonstrates high shareholder value generation with rates above 40% for the last 3 years.

Microsoft shares have maintained an upward trend for several years, reflecting investor confidence in the company.

It is an aggressive growth stock, but at the same time, it is a defensive and resilient stock that also pays dividends.

Among the tech giants, it has been one of the least affected by the recent market correction in early 2022. 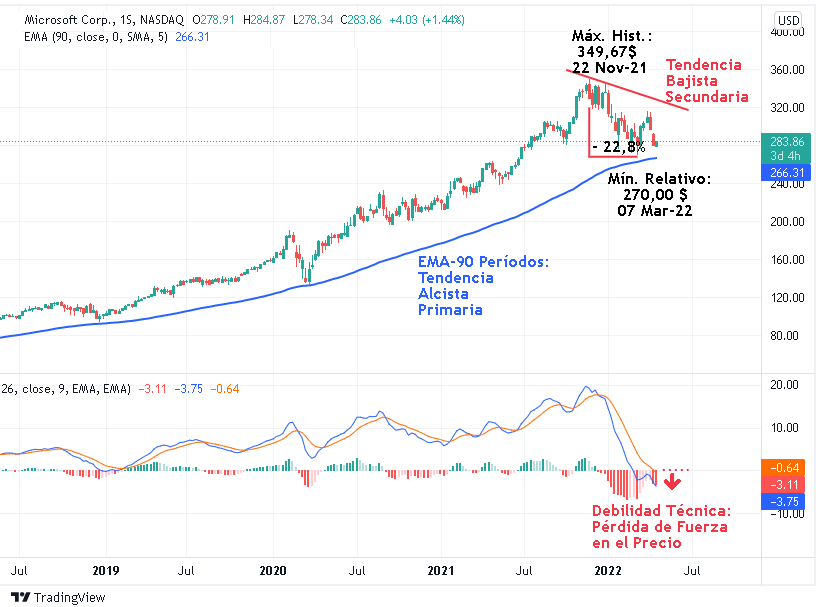 As we can see in the weekly chart of Microsoft’s stock (MSFT), it has maintained a primary uptrend over the past few years.

We can validate this on the chart with the 90-period exponential moving average (EMA), which reflects positive slope and has not been broken by the price. Therefore, the long-term trend is still active.

On the other hand, between its historical high (Nov-21) and the lowest relative low reached so far (Mar-22), Microsoft shares fell 22.8%; so in the very short term we are in a downtrend.

We are currently at dynamic support above the EMA-90.

If we look at the MACD indicator in the lower panel we can see that its 2 lines have cut the middle zone of the histogram in a descending way. This implies technical weakness of the price.

Yes, it is possible given the systemic risk factors that are affecting the stock market at the moment: high inflation, rising interest rates and elevated geopolitical risk.

However, the relevant question is whether the fundamentals are sound and are expected to remain so.

The answer is definitely yes, and there is no compelling reason to believe that this will change.

Recall that there are 2 current trends that Microsoft is taking advantage of:

6. Microsoft stock has a decent valuation

Microsoft is currently at a valuation closer to the stock market average.

Although relatively overvalued, the company is below its 5-year average (35.0).

So its current price could represent a good opportunity to buy.

However, it must be said that more conservative investors would prefer an even lower valuation or even lower than the market to consider buying at this time.

Despite fierce competition in the technology market, Microsoft has managed to maintain its presence over the years.

We have made a selective comparison of the total revenues of Microsoft and 6 other companies to appreciate how this sector has been evolving:

While the list is not exhaustive, it does capture some of Microsoft’s most important competitors.

The boundaries between the products and services offered by each company are becoming increasingly blurred as technology giants have been forced to enter other areas to diversify.

While Microsoft has not grown as much as other companies, it has been able to sustain itself by changing its business model.

It should also be considered that companies such as Amazon, Google and Facebook do not pay dividends, so they are exclusively growth stocks.

Microsoft, Apple, IBM and Oracle, on the other hand, are hybrid stocks that have aggressive growth characteristics and also generate recurring income for the investor.

Microsoft’s next goal would be to surpass the $200 billion revenue milestone.

Apple, Google and Amazon’s rapid growth stands out, followed at some distance by Meta.

Also noteworthy is the evident decline of IBM, a company to which something similar to what happened to Microsoft several years ago is happening.

Oracle, for its part, has not managed to grow at all throughout this decade.

By 2021 Microsoft’s share of this fraction of the market represented 11.4%. However, we are now talking about a total turnover of no less than 1.48 trillion dollars..

So although Microsoft is not the leader of the giants, it has remained in a relatively stable position over the decade because it was able to react in time.

With technology advancing so fast and being so competitive, it is not easy to sell software licenses and maintain leadership on that alone.

Finally, although the current macroeconomic context poses many risks, Microsoft’s shares have very solid foundations with which to withstand the impact of higher inflation and interest rates.

As such, its shares are a valid alternative for investors in the medium and long term.

According to a JR Research note published in Seekingalpha.com:

“Microsoft shares have shown a strong and unmistakable long-term uptrend over time.

Therefore, it has proven to be a solid stock for technology investors to hold as an anchor stock.

In addition, MSFT investors have benefited from the market’s confidence in its resilient business model.”

Remember that investing in stocks involves the risk of losing capital, in whole or in part. In addition, past returns are no guarantee of future returns. We must educate ourselves to manage that risk properly and put the odds in our favor.

Find the best broker to invest in Microsoft

When it comes to investing in Microsoft stocks, choosing the best possible investment platform is a vitally important aspect. Below you will find the stock brokers we recommend to our readers, taking into account the following criteria:

Legal and Risk Disclaimer: NAGA is a platform that offers CFD and non-CFD products. 77% of retail investor accounts lose money when trading CFDs with this provider. You should consider whether you can afford to take the high risk of losing your money. Cryptoassets are highly volatile and unregulated investment products. They do not have EU investor protection. Your capital is at risk.
Go to the complete ranking of the best brokers
Tags: hardwareMicrosoftsharesSoftwaretechnology