Due to the strong increase in the value of raw materials, the 40 most relevant mining companies had profits of more than 120% in 2021 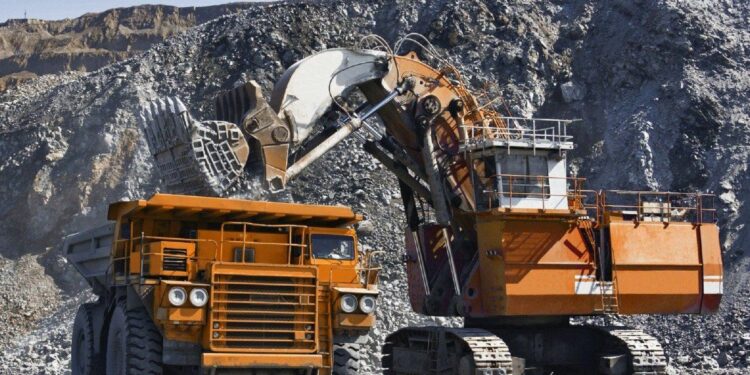 The 40 largest mining companies worldwide, among which there are Australian, Chinese, Canadian, British, American, Russian, Swiss and Mexican, reported an increase in sales revenue of more than 30 percent and a net profit of 127 percent during the last year with respect to 2020.

This increase is mainly due to the increase in the prices of mining products, such as copper, which last year rose nearly 26 percent; lithium, 280 percent; and cobalt, another 119 percent.

These data are contained in the report by the consulting firm PwC, called “Mining 2022: A Critical Transition“, which includes more than 155 countries and presents an annual analysis of the 40 main mining companies in the world.

The publication also warns of “a significant shortage of investment in essential minerals projects” and that “it is difficult to predict how much longer the major companies in the mining industry will be able to maintain their level”.

Which minerals to watch out for

An important factor in the increase in revenues is related to the role of the mining industry in the energy transition, as, according to the consultancy, “the minerals business is undergoing a major restructuring aimed at eliminating emissions, which is leading to an unprecedented increase in demand for essential minerals”.

The document highlights that the most important raw materials for the generation of energy with reduced emissions were lithium, nickel, cobalt and graphite for energy storage.

Copper and aluminum for energy transportation, silicon and uranium for solar, wind and nuclear power generation.

At the same time, the report warns that “the supply of these products will not be sufficient to meet demand in the short term”. Furthermore, it says that “there is a significant shortfall in investment in these essential minerals, which will widen the gap between supply and demand in the short and medium term. The world will be able to reach its goal of completely eliminating emissions only if miners significantly increase their production,” explains the PwC document.

Increased growth in solar and wind power generation, electric cars and battery storage will continue to increase demand for the mining industry.

According to the PwC paper, the production of a solar plant requires three times more mineral resources than a coal plant of similar size and a wind plant requires 13 times more than a similar natural gas plant.

“Despite this, supplying resources for the energy transition does not mean extracting the same resources in the same way. The world will require more essential minerals and raw materials for the economic drive in the future and they will be extracted in sustainable ways,” says PwC.

“The role of companies in the mining industry is essential to achieve the transition from conventional energy to renewable energy. For this reason it is very important to expand in discoveries and supply of essential minerals as soon as possible,” said Leonardo Viglione, PwC analyst.

The document, which is the London-based consultancy’s 19th publication, highlights that sales revenues increased by nearly 32 percent, and net income reached 127 percent due to high raw material prices and a good job on costs.

It also adds that, along with the strong performance of the previous year, the world’s 40 largest mining companies face the future in very good financial shape.

Also, the top 40 achieved a market capitalization of close to 7 percent, capital expenditures increased by 18 percent and dividends grew by 130 percent compared to 2020.

Gold was pivotal for the companies, even though the paper highlights the role of essential minerals in the context of the energy transition around the world.

Minerals to invest in as the market falls

Rich Duprey, of private financial and investment advisory firm The Motley Fool, told a conference this week that you can’t prevent a market crash, because downturns are part of any cycle in the economy.

But Duprey says the key is to be able to anticipate this movement the way big investors and mining companies do.

The 35 percent decline in stock indexes that covid-19 generated in 2021 is an opportunity, in Duprey’s view. Something similar happened in the 2008 economic crisis.

The economist assures that what we have to do is to be forewarned of the possibility of another crash.

For Duprey, taking all the money out of the market in the face of a correction is one of the worst measures that can be taken.

“After an uptrend there is always a downturn and those are the most convenient times to buy,” the analyst said. “With the exception of what you need to take out, the best thing to do is not to take the money out in three years, but to leave it invested for at least ten years,” he added as advice.

Duprey laughs at those who invested at the beginning of 2021 in what he calls “meme stocks” (Dogecoin, for example). For him, a good alternative is to target First Majestic shares, an investment “that should be on the radar of all those who see mining companies as an opportunity”.

First Majestic is one of the most important mining companies in the world, it is solid even though it depends specifically on silver for almost all its income and investments: more than 69 percent of the firm’s business is focused on that metal. It has three world-class mines operating in Mexico and the United States.

In addition, it has recently purchased the Jerritt Canyon mine in Nevada (United States), an investment that, it is estimated, will very quickly bring its operations to profitability .

Duprey assures that silver is of key importance for its industrial, technological and consumer uses, specifically in cars, photovoltaic panels and jewelry.

According to the analyst, the mining centers in Mexico, La Encantada, Santa Elena and San Dimas, are going to experience a very strong performance, even though they have had to go through a drop in production the last three months after enjoying an unprecedented pace in the previous quarter.

Yamana Gold is a Canadian company dedicated to extracting gold. It is one of the most relevant companies in the world in this metal, and even though gold is a backing investment with much less industrial utility than silver, there are still many reasons to foresee bullish movements.

Let’s see. On the one hand, compared against the S&P 500, which rose 41 percent in 2021, the value of gold as represented by the SPDR Gold Shares exchange-traded fund was down 1 percent.

But investing in a dedicated gold miner, such as Canadian gold, is a much stronger bet. It’s even better than an ETF because gold price gains significantly improve your operating cash margin per ounce.

Yamana Gold says its thinking going forward is free cash flow maximization. During 2021 it has produced more than $455 million in net FEL, which is 41 percent more than in 2019.

Because its FEL generation was so strong, it has increased its annual dividend by 50 percent.

The strategy to generate large cash earnings allowed the miner to greatly decrease its debts (it has net liabilities of $566 million) and achieve management’s net debt-to-EBITDA target of less than 1.0 times.

At close to $4.7 per share, Yamana is trading at a fraction of its past value, as well as the rate at which Wall Street forecasts it can grow its earnings over the next few years.

A market downturn may cause investors to find the safety of gold, as it is an asset that has intrinsic value, and this gold stock is poised for that change in the global scenario.

Find the best broker to invest in mining companies

When it comes to investing in mining companies stocks, choosing the best possible investment platform is a vitally important aspect. Below you will find the stock brokers we recommend to our readers, taking into account the following criteria:

Legal and Risk Disclaimer: NAGA is a platform that offers CFD and non-CFD products. 77% of retail investor accounts lose money when trading CFDs with this provider. You should consider whether you can afford to take the high risk of losing your money. Cryptoassets are highly volatile and unregulated investment products. They do not have EU investor protection. Your capital is at risk.
Go to the complete ranking of the best brokers
Tags: First MajesticMiningYamana Gold