According to Morgan Stanley strategist Mike Wilson, the bear market could reappear at the end of the month and extend into the first quarter of 2023. 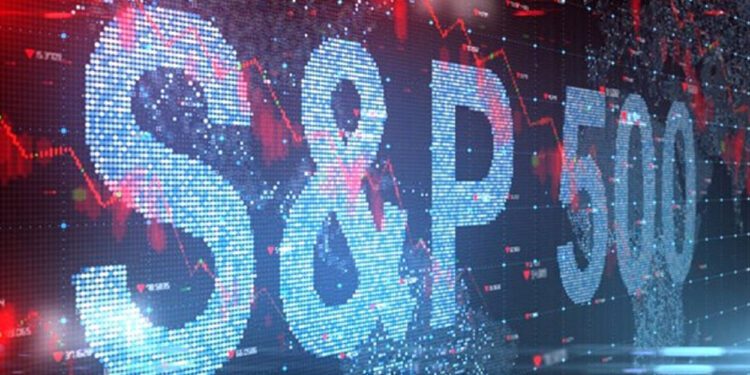 Uncertainty remains one of the elements with a permanent presence among stock market analysts. Positive numbers in recent days gave investors some relief in what appeared to be a rebound for stocks. However, Mike Wilson, chief strategist at Morgan Stanley, believes that this could be a false recovery.

Speculation about a possible recession in the world’s leading economy is playing heavily on investor sentiment. The possibility of a calmer Federal Reserve on rate hikes provided some respite for exhausted holders of investment capital. But the aforementioned bank seems to see some problems that could lengthen the suffering in the major stock indexes.

The issue takes on added importance, given that Wilson is one of the most respected analysts for his accurate forecasts. In fact, at the beginning of the year he accurately predicted the bear market that affected indexes such as the Nasdaq and the S&P 500. Similarly, a little over a month and a half ago he also announced the current rebound in stock prices and recommended taking bullish positions. He now calls for caution since the recovery, in his view, was short-lived.

A short-lived rebound for stocks

The fact that the hopeful rebound in stocks is nearing an end becomes a low blow for the market. Weakening inflation and a Fed willing to implement moderate rate hikes gave hope for a recovery. However, the strategist seems convinced that assets will soon suffer a further plunge.

Wilson admits that the market is showing many positive signs and that these are typical of the final stages of a bear market. Nevertheless, he warns that the “storm has not completely passed” and urges investors to protect themselves. In his opinion, there are elements that could provoke a relapse during the last days of the year and extend into the first quarter of 2023.

“Even if we dodge a recession, the risk/reward ratio for U.S. equities has deteriorated significantly, so we are sellers again,” he said. The current greening of the markets has been on a scale that exceeded even the most optimistic expectations. Less than two months ago, a 17% advance in the benchmark S&P 500 index from its lows was something few were betting on. But it happened to the delight of investors.

At the other extreme, it is noteworthy that the S&P lost the 4,150-point resistance that had impressed many industry specialists. It should not be overlooked that the danger of recession is latent and that a long period of high rates combined with high inflation is looming. In any case, these factors are coming together to call into question the recent rebound in stocks.

“The bull rally within the bear market that we were seeing 7 weeks ago is losing steam,” Wilson reaffirmed. In his view, short-term support for the S&P is at 3,940 points. In that sense, he announced that “if that level is lost, the market may resume its bearish trend“. During Wednesday’s trading day (07/12/22), the SPX closed at 3,933.92 points, in a new daily drop of -0.19%.

The strategist’s recommendations for investors is to keep an eye on the markets over the next few days. He says that among the ideal moves is to look for bonds and defensive stocks. As this media outlet noted, among the possible trends for investors in the coming year are Treasury inflation protection securities (TIPS) and others related to macroeconomic conditions.

“Analysts recommend seeking protective assets such as TIPS and defensive stocks. Some inflation protection ETFs could be among the options.”

Wilson believes these types of assets “will be the best port of call to protect against the storm” through the first quarterly tranche of 2023. The possibility of another batch of bad news is not only seen by Morgan, but also by Bank of America (BofA). In a recent note, strategists at that financial institution do not rule out a large drop in the near term.

In a note last Monday, they state that, from the current point, the SPX could lose another 20%. That means that the benchmark index could stand at 3,240 points, which would be catastrophic for the already battered investment capitals. This would be the reality should the US economy plunge into the possible recession that all analysts have been talking about for months.

“History suggests that if the U.S. economy experiences a recession, the SPX bottoms during the recession and not before,” the note explains. In it, the strategists add, “only during the March 1945 to October 1945 recession was the SPX rally seen before and during the recession.” These ominous voices warn that the stock’s recent rebound is doomed to evaporate.