This week (August 15-19) will be one of key announcements around the world, which will have a major impact on the financial markets. 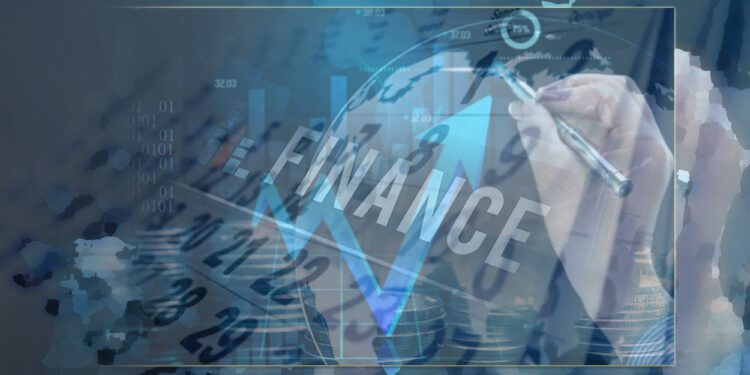 A new week of volatility is shaping up for the financial world with plenty of macroeconomic announcements. Starting this Monday (August 15), the first numbers will be released in strong economies such as the Asian ones. Similarly, other markets such as the UK will also offer news regarding the CPI update and other indicators.

Experts expect much of the ground gained by the main indexes to be maintained. Despite this, they do not rule out volatility in some markets such as Europe, where the numbers are not as favorable as in the U.S. For example, while inflation in the U.S. fell in July, in Spain it continued to break 38-year records. In the European country, the CPI stood at 10.8% in July, 7 percentage points higher than in June.

Other important indicators will also be released during the course of the week. Among them, the results of Germany’s ZEW survey for August and the Eurozone’s preliminary GDP for the second quarter stand out. Not to be missed is the release of the minutes of the latest US Federal Open Market Committee (FOMC) meeting.

The financial world should prepare for a significant degree of volatility

With an overall choppy week, expect the financial world to be hit by volatility. As for the major economies, the green numbers of the most important indexes could remain and even extend gains. But in some specific sectors, the turmoil could take its toll. This is how Wall Street behaved in the week just ended:

Year-to-date and in the same order as listed, these indexes put up the following numbers: 10.2%, 7.1%, 16.6% and 10.2%. The low probability of correction this week is based on the fact that the flagship index (S&P) conquered the first streak of 4 straight weeks of gains since November. The latter underscores an important strength fueled by the larger-than-expected drop in the consumer price index (CPI) during the month of July.

The week’s gains would be setting a pattern in much of the financial world. Wall Street’s rally was led by technology stocks while energy stocks lagged. The fall of the latter could be a sign of volatility in other markets more exposed to the commodities market.

The impact of inflation in July in the US also left its mark on other markets, for example, Asian markets closed mixed. However, it should not be forgotten that inflation at 8.5% is far from the Fed’s target, suggesting that Wall Street’s gains could be a trap.

Announcement week kicks off in Asia

Asian economies will be the first to ring the bells this week of big moves. Among the most anticipated announcements is Japan’s preliminary GDP for the second quarter of the year. According to experts consulted by CNBC, the Asian country’s economy is expected to recover during the second quarter.

The reason for this, they explain, would be a solid increase in consumer spending, especially in face-to-face products and services. A good part of the contraction in the past quarters could be overcome given that, in the April-June period, quarantine restrictions were eased. Analysts told the same media that this does not prevent the current quarter from generating problems due to a sharp increase in infections in the country.

It should be noted that inflation in that country seems to be rebounding, led by the increase in food prices. Such is the case of pork, which rose by more than 26%, according to the National Bureau of Statistics of China. Thus, the year-on-year CPI would have reached 2.7%. This is the highest price point in the last two years.

Fact: Japan’s inflation index for July will be released on Friday.

But the bulk of the macroeconomic results important to the financial world, will be experienced in Europe. From the U.K. to the Eurozone countries, there will be important data on growth, inflation and other indicators that could play out in the markets.

For example, the UK unemployment rate will be accompanied by both consumer and output inflation reports. Similarly, the retail sales report in the country will be known. One can hint that these numbers are not entirely favorable given the turmoil that occurred across the board in England during the months of June and July.

The problems range from the political with the resignation of Prime Minister Boris Johnson and extend into the economic. In this aspect, the sharp increase in prices stands out, which has led to numerous workers’ strikes that jeopardize normal operations and possible stabilization.

The atmosphere is so heated in England that experts consider that the nation is losing its status as a great power. As reported by EL PAÍS FINANCIERO, Saxo Bank analyst Christopher Dembik stated that the United Kingdom is becoming an emerging market.

In his opinion, all the elements are in place except for the currency crisis. In other words, if the pound sterling has a crisis like the recent euro crisis, the country would enter the category of emerging markets along with Brazil or India.

Recession is expected to come soon to an economy with one of the highest inflations in the developed world. Also, GDP contraction by spring 2023 would be 1% according to the National Institute of Economic and Social Research (NIESR) Thinktank.

In the rest of Europe, macroeconomic results are expected to be not too far from the situation in the UK. Among the most important numbers are those of the trade balance in June in the Eurozone. Similarly, preliminary GDP for the second quarter and final CPI for July are expected. The eurozone is one of the big sectors of the financial world and is where there could be the most market volatility.

The issue of inflation linked to energy prices is the main problem shaping the European reality. The feud with Russia over the war in Ukraine has come down like an anvil on all the economies of the old continent. Consumers are facing the possibility of gas rationing, an issue that is much bigger than it appears at first glance.

The head of European diplomacy, Josep Borrell, has not been optimistic in his statements. Quoted in El País, he states that “we Europeans must be willing to pay a price for supporting Ukraine and maintaining unity“. Similarly, he demanded from Spain greater solidarity with the countries that depend most on gas shipments from Russia. In addition, he said that countries must commit to the savings plans agreed by Brussels. It should be noted that this plan is not very well regarded by many governments.

Among the strong EU members, Spain’s negative price results stand out. Madrid reported that year-on-year inflation in July reached 10.8% from 10.1% in the previous month. This should be taken into consideration given that Spain is one of the countries suffering the least from the lack of gas from Russia.

The final phase of earnings season

Turning to North America, some corporate earnings results stand out. These are the last of the quarterly earnings season. These include reports from Walmart, Ross Stores, Home Depot, TJX and others.

These numbers would be of great importance for stock prices in the world’s leading economy. Along with the release of the FOMC meeting minutes these would have the greatest impact on the major U.S. indices. However, other indicators such as July industrial production or advance retail sales should not be underestimated.

With this, it can be said that the financial world will face many shocks focused on several markets. Adding to all these announcements are the geopolitical issues sprouting up in all parts of the globe. The war between Russia and Ukraine, although a bit cold at the media level, on the battlefield is red hot. As an example, the dangerous situation at the Zaporiyia nuclear power plant stands out. It has been attacked while Moscow and Kiev are accusing each other.

In Asia, tensions between China and the United States over Taiwan do not seem to be easing with a new US diplomatic visit to the Chinese island. In Oceania, Australia is threatening a possible invasion of the Solomon Islands in response to the growing ties of that nation’s authorities with China, especially in defense matters.

Local Australian media are reportedly preparing public opinion for a possible aggression against their neighbors. In a recent report, the most warlike sectors of the English-speaking country affirm that respect for sovereignty and self-determination are not an obstacle for Canberra to enforce “its zones of influence”.

With all this on the table, one can guess that investors will be moving very carefully this week.

Financial calendar for the week

This week’s set of macroeconomic announcements could have varied impacts on different markets. Below is the timeline of the numbers that could have the most impact: