The OECD expects a worldwide economic slowdown, but with nuances. Europe would be the most affected. 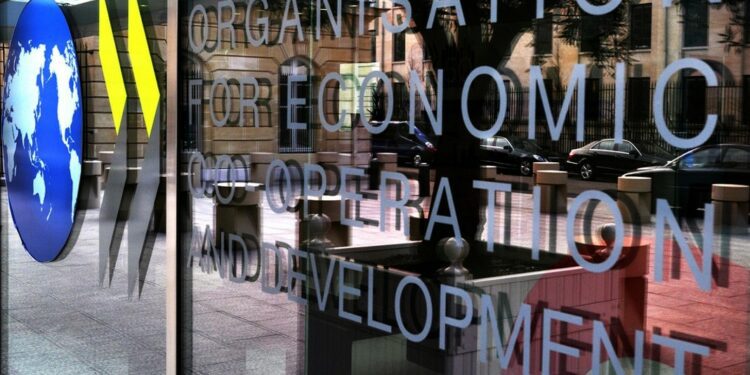 Those in charge of running the various economies should try to ensure that global finances do not fall into a recessionary period in 2023. However, the biggest energy crisis since the 1970s is the prelude to an almost inevitable downturn.

The most affected area is the European continent, the Organization for Economic Cooperation and Development (OECD) has indicated, arguing that the explanation is none other than the battle against inflation, a fact that will determine the latest and forthcoming decisions on monetary policy in the various countries.

The organization says that national forecasts vary from one country to another, that no one will be spared, and that Great Britain’s economy will be one of the hardest hit if a recession occurs.

The OECD estimated that the growth of the world economy is set to slow to 3 percent annually this 2022, slightly above what the same international body predicted in its September estimates, to 2.1 percent in 2023, before a positive boost (to 2.8 percent) by 2024.

The OECD and the crisis

Mathias Cormann, the organization’s secretary general, during a press conference organized for the presentation of the latest OECD “Economic Outlook”, pointed out that they do not foresee a major setback, although they do foresee a period which they described as “sharply weakened”.

The OECD pointed out that the global slowdown is affecting economies unevenly, and that Europe is the most impacted by the war launched by Russia in Ukraine, hitting business activity and causing an increase in energy prices.

In addition, it estimates that of all the countries in Europe the economy will have growth above 3 percent this 2022 and then a slowdown of 0.6 percent next year, before its recovery and new growth of 1.5 percent by 2024.

These forecasts are better than those made in September, which predicted a development of 3 percent this year and 0.2 percent next year. (OECD full report).

What the OECD says about the economic crisis

The Organisation for Economic Co-operation and Development expects a 0.3 percent recession in Germany in 2023, a key economy in the European region and the engine of the region’s development.

The problem in Germany is that the country has an industry that is largely dependent on Russian energy. However, the slump is less severe than previously expected. In September, the OECD estimated a decline of 0.6 percent.

Across the European continent as a whole, views on the contractions are different. For example, France, whose economy is less dependent on gas from Russia, is expected to grow by 0.6 percent in 2023.

The Italian economy, on the other hand, is estimated to grow by 0.2 percent, which shows that there are likely to be many quarterly contractions.

Britain’s economy, meanwhile, will fall into a 0.4 percent recession in 2023, as it faces rising interest rates, accelerating inflation and low confidence in a weak state.

Prior to that, in September, the OECD forecast that the UK economy would grow by 0.2 percent in 2023.

The United States and China

The United States, meanwhile, according to the OECD, will be more stable, with growth expected to be less than 1.8 percent in 2022 and 0.5 percent next year, followed by a rise to 1 percent in 2024.

The international organization had estimated in September a growth of only 1.4 percent for 2022 in the world’s most important economy, and its forecast for next year was unchanged.

China’s economy, outside the OECD, has been one of the few in which a full recovery is expected by 2023, after the series of confinements due to the increase in cases of covid-19.

As long as tighter monetary policy takes its toll and upward energy price pressures ease, inflation in the members of the Organization for Economic Cooperation and Development is set to fall by more than 8.9 percent this 2022 to 5 percent in 2024.

With respect to monetary policy, the OECD is on the side of contraction. The body says tighter tightening is important in all developed economies and much of the emerging economies in order to more firmly anchor inflation expectations.