Oil prices have been losing ground as fears of a shutdown in China and producing countries threaten to cut pumping. 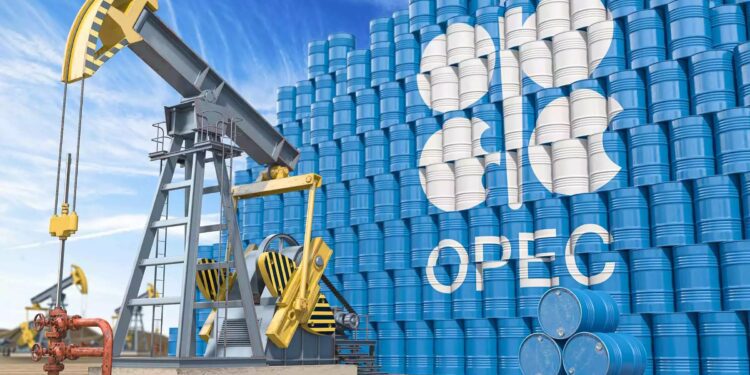 The members of the Organization of the Petroleum Exporting Countries and their allies (OPEC+) will meet on December 4. At this meeting, issues related to the oil market will be discussed and the steps to be taken in the future will be decided. One of the probable measures that will result from the meeting is a new production cut to “stabilize” international crude oil prices.

Buying countries are already sounding the alarm bells again for this possible reduction in supply. Tensions between demand and supply in this market are among the hottest, since none of the parties is willing to give in. Specifically, the authorities of Saudi Arabia, leader of the organization, and those of the United States have a long chain of disputes linked to oil trade.

During the last meeting, OPEC announced a cut of approximately 2 million barrels of oil per day. Now, a cut ranging from 250,000 to 2 million barrels is being considered. The Riyadh authorities hinted unusually that a new supply limitation is likely. Goldman Sachs experts expect crude oil prices to remain high as a result of geopolitical tensions.

A new production cut in sight

The fact that OPEC+ will announce a possible additional production cut at the next meeting is not well received in the West. EU countries and the US have been applying serious pressure on some members of the alliance and the latter have not been shy to respond. Hence, it is highly likely that a new phase of lower supply and higher prices will begin on December 4.

Multiple factors are at play in this reality. One of them is the limitation of the maritime trade of Russian oil and the possible cap on the price of crude oil produced in that country. Regardless of the reasons, OPEC+ considers these measures as “market manipulation” by buyers. Consequently, they fear that similar steps could be taken in the future against the alliance under various pretexts, which would jeopardize the economic stability of the producers.

This explains the aggressiveness of Saudi Arabia, whose government has refused to take into account the pressures of its main partner, the U.S. The increase of Covid-19 contagions in China has been the other factor pushing down the prices. Therefore, the oil cartel’s directive does not contemplate any other way out than acting aggressively to preserve its oil sales revenue stability.

Until this week, OPEC+ spokesmen maintained that they would pause the cuts to evaluate the impact on the market. However, the recent sharp drop in prices prompted decisive statements from some of the alliance’s top brass. The most important of these came from Saudi Energy Minister Prince Abdulaziz bin Salman, who confirmed that OPEC was “ready” to implement the production cut.

Traders and analysts expect a cut in production

In a recent Bloomberg survey, it was learned that 10 of 16 traders and analysts polled expect a decrease in oil pumping. The estimates of these experts range from 250,000 to 2 million barrels per day. On the other hand, FGE’s consultants consider that the cut would be in the upper part of this range, according to the aforementioned portal.

Although the members of the producers’ organization seem alarmed by the recent falls, their statements are compensatory. In that sense, a few hours after the Saudi prince’s words, crude oil prices in the main indices started to rise. At the time of writing, Brent climbed 1.51% to $84.58 dollars per barrel and US WTI rose 1.28% to $78.52. These data correspond to the oilprice.com portal.

As in most markets, in the oil market, the statements of the main players have an immediate effect on futures trading. It should be noted that the situation would put developed nations in even greater straits, given that strategic reserves are at their lowest levels in almost 20 years. The reaction of some leaders of consuming countries could be to complain to the nations leading the alliance.

So far, tensions between Riyadh and senior U.S. officials have been notable. As reported by EL PAÍS FINANCIERO, in response to last month’s production cut, some legislative sectors threatened to retaliate against the Kingdom. These would be focused on the stoppage of arms sales to the Saudi army and other agreements in the area of intelligence and defense. It should be noted that in the Middle East there is a cold war between Iran and Saudi Arabia.

While the Persian country produces its own weapons, Riyadh is entirely dependent on the United States.

A 2023 of volatility in the oil market

Goldman Sachs is convinced that the oil market will be the epicenter of strong volatility in 2023. The strategists of this financial institution expect the price of crude oil to reach $110 dollars per barrel. According to Jeff Currie, director of commodities at the bank, expectations are quite pessimistic for a commodity that is one of the main drivers of inflation.

When asked by CNBC, the expert mentioned Russia’s role in the oil market. In his opinion, the Eurasian country’s oil sector has been surprisingly resistant to sanctions. In addition, Moscow has announced that it will not sell crude to those countries that join the price cap, which makes the supply crisis in Europe more acute.

Russia’s invasion of Ukraine has provoked an overreaction from European governments and the Kremlin seems to be capitalizing on it. As such, by 2023, nations with the greatest exposure to the Russian resource will have major headaches in bringing inflation down. In the case of China and India, their authorities refused from the outset to condemn Russia for the invasion of Ukraine and now enjoy discounts on their oil and gas purchases.

Thus, in the event of a new production cut, these countries would have a cushion against an eventual rise in the price of a barrel of oil. Uncertainty, says Carrie, will be one of the main factors to take into consideration for the next annual calendar.

On the other hand, she says that the cutback plus the increase in demand in China will be explosive factors for oil prices. She believes that Beijing will be forced to reopen the industry in the face of growing social pressure against its “zero Covid-19” policy.

OPEC seems to have no cracks

An important aspect of this scenario is that OPEC+ seems to have no fissures in the face of pressure. In other words, internal discrepancies seem to be secondary when it comes to keeping oil prices high. Last month, when the first cut was implemented, Riyadh was accusedby the US of intimidating other members of the organization to accept the decrease in pumping.

At the same time, the Kingdom was accused of supporting the Kremlin in its campaign against Kiev. The bloc’s response was immediate and both accusations were dismissed in chorus. In the case of the war in Ukraine they stressed the exclusively commercial and apolitical character of the bloc. They concluded that the measures to cut production were market-based and not ideological in nature.

As for the second accusation, the members categorically denied that they had been pressured. Representatives from Iraq, the United Arab Emirates, Kuwait, Bahrain and Algeria said that the measure was widely discussed and in the end they all agreed on the need to maintain stability in the market.

OPEC is an organization born in 1960 with the aim of keeping oil prices high in the face of arbitrary manipulation by buyers. Since then, tensions between them have been commonplace. However, the current situation adds extra pressure.