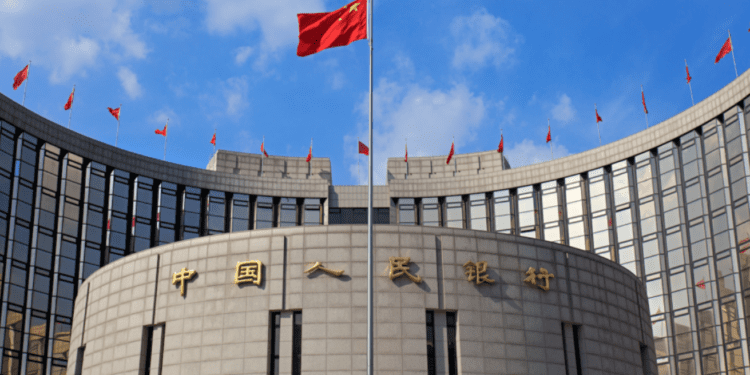 In a move not expected by the markets, China’s central bank cut interest rates by 10 basis points in a move to accelerate demand. Economic data showed that the economy slowed in July. While the rate cut comes as a surprise, the slowdown in the economy is not due to the multiple blockades, encirclements and COVID-19 restrictions imposed by the Chinese government on its population.

Industrial and retail activity have been the hardest hit by the restrictions. Industrial production rose 3.8% year-on-year in July, down from 3.9% in June. Retail sales were up 2.7%. A number below expectations and even lower than June’s 3.1%.

“The People’s Bank of China is already responding to these headwinds by increasing support. But given that credit growth has proven less sensitive than in the past to policy easing, this will probably not be enough to prevent further economic weakness” remarked the economist.

After the data was released, the yuan weakened against the dollar and stocks opened lower in the Chinese market. Although the economy has not yet fallen into recession, it seems to be heading towards it in the future. Beijing’s policy of encircling the population in the name of COVID-19 is leading to that front, especially with the closure of Shanghai’s commercial center, a recession in the real estate market and sharply lower consumer spending.

Shanghai is not the only city suffering from state blockades due to the coronavirus. Other major industrial and tourism cities are also imposing blockade orders on their residents. According to the Chinese state, these measures are taken to combat the Omicron variant. Real estate investment fell 12.3% last month, the most this year, while real estate sales fell 28.9%.

The rate cut reported today will likely lead to a corresponding reduction in benchmark lending rates next week. Another concern is capital outflows from banks. The U.S. Federal Reserve and other global economies raise rates aggressively to combat inflation. So investors are tempted to take their savings elsewhere where they can make them yield more.

“Very sluggish credit demand in July due to weak activity growth, a further deterioration in real estate indicators and lower-than-expected CPI inflation could have contributed to the central bank’s move,” Goldman Sachs analysts said. “Going forward, whether the central bank will cut interest rates again could depend on the data in our view.”

The Chinese economy is expected to miss the official growth target during 2022. This target was 5.5% but the numbers show to be far from that goal.

“China’s growth in the second half will be significantly hampered by its zero COVID strategy, deterioration in the property sector and a likely slowdown in export growth,” Nomura analysts said. “Beijing’s policy support may be too little, too late and too inefficient”, they concluded.