Pinterest, the next Amazon: stock at a good entry point

Pinterest's new CEO, a former Google, arrives at the network to usher in a new era in social commerce 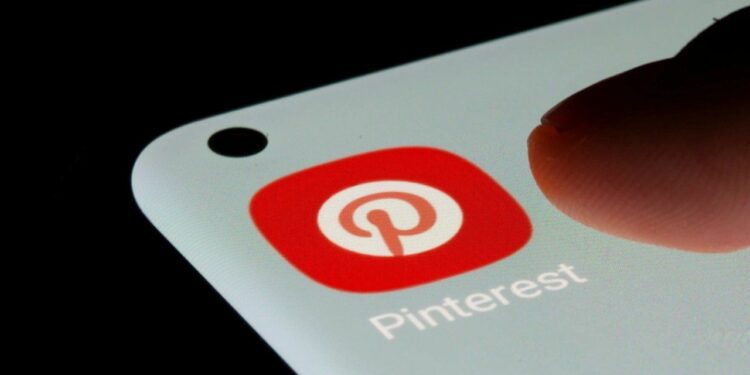 Pinterest appointed Billy Ready, who was in charge of running Google commerce, as its new CEO, demonstrating the increased interest in online commerce within social platforms.

The company’s marketing executives believe the change in leadership is a good thing, as it is likely to position Pinterest well to become a true Amazon with a focus on social media.

“The company has been trying to move into the sales world to entice advertisers for some time now, and this head change seems to be totally in line with those intentions,” said Melanie Travis in an interview in New York.

Travis is founder and CEO of Andie, a swimwear company that is increasingly selling through the social platform Pinterest.

According to Travis, they could invest even more in Pinterest if a greater return on advertising investments could be realized.

This example is one of many that show that a focus on e-commerce could be what Pinterest needs to explode. And many believe it has no ceiling.

For investors, the social network’s stock price is at its lows, ideal for making a stealth entry and taking advantage of the next bull market.

Analysts understand that in a worst-case scenario, Pinterest’s stock price could return to the $34 it traded at before the pandemic hit. In that case, the price would double from the current price ($17).

In the best case scenario, the share value of the social network based on the inspiration of its images could climb exponentially to $77, a peak it reached in 2021, when the pandemic hit and all the technological companies were at their peak.

Ready, who replaces Ben Silbermann as CEO, had been in charge of Google’s commerce and proximity payments business.

Advertisers expect him to push the company to build stronger relationships with retailers.

At Google, he was at the helm of Google Shopping, helped with bringing commerce to YouTube and made investments in payment systems such as Wallet.

He also worked at Venmo and PayPal.

“Billy is an experienced leader, having worked in payments, product development and sales puts him in the perfect place to lead the company to its next level of growth,” said Andrea Wishom, senior director on Pinterest’s board, in an interview late last month when the leadership change was announced.

“It’s a demonstration of Ben’s great vision that we are able to include Billy, who possesses very similar values. Together with the board we look forward to working with both of them to accelerate the company’s project of expanding to everyone the inspiration to make a dream life,” he added.

Will Pinterest leave the path of design, image and inspiration?

However, and beyond the high expectations for Pinterest’s new focus, there is some concern that the company will get too deep into the e-commerce sector (and forget about the core of its business: inspiring images).

“I would take caution. The inclusion of on-site shopping has allowed consumers to buy from ideas they see on the platform. For now, those new factors that are part of the business of shopping have not ironed out the core of the web’s attraction, which is inspiration,” said Ellie Bamford, deputy director and global head of media at global digital marketing and products firm R/GA.

For the specialist, “it would not be positive to see what ‘pinners’ value about the platform being blurred by the products for sale.” Bamford said he would “advise brands and advertisers that they can find a balance between commerce and the inspiration a brand can offer.”

Marketing experts also pay attention to the potential changes it would mean for content creators working on branded campaigns on the platform. “We’re confident in this development on Pinterest,” Dylan Conroy, head of revenue at The Social Standard, an influencer marketing firm, assured Ad Age.

“This new look needs to partner with influencers in order to drive the online commerce strategy.”

The company has long been striving to become a place where the entire shopping process takes place, and the arrival of the new CEO comes as confirmation of that.

Brands and advertisers expect sales to increase after buyers learn in detail about the platform’s new virtues.

For investors, the time to buy seems to be now, when the new format has not yet become popular.

A retail survey conducted by Forrester in 2021 shows that more than 60 percent of U.S. adults under the age of 25 online claimed to have made a purchase on a social network without leaving the platform or website, which was a 52 percent increase from the previous year.

“The actions of platform users clearly advertised their desire to discover, compare and purchase, creating masses of lucrative data for advertisers,” said Tom Hyde, deputy director of planning at Movers+Shakers.

He also said the company is being impacted by TikTok and Instagram, which have more effective algorithms for delivering unexpected products, as evidenced by the recent success of #TikTokMadeMeBuyIt.

The platform registers 442 million active users, however, the advertising reach is 200.8 million, about 45.5 percent, with an increase of 6.2 percent over the previous quarter. Reach is 76 percent female and 16 percent male.

As can be seen, the platform is dominated by the female audience, due to the fact that it is an inspiration-based site and encourages content collection.

One of Pinterest’s features is that it encourages searches through image recognition. In 2021, 33 percent of users used this option, enabling search diversification and promoting better positioning.

The predominant ranges are from 25 to 45 years old. This age group accounts for almost 60 percent, representing an advertising reach of 120 million users.

The platform’s largest reach is in 17 countries in Europe, two in the Americas, which are the USA (with 100 million) and Canada (with 10 million users).

Among Spanish-speaking countries, Spain stands out with 7 million users.

As explained above, the platform has more than 440 million users worldwide who log in daily. In Argentina, it has close to 10 million active users who log in monthly and make more than 3.4 million daily posts.

The company’s strategy is to increase its sales outside the US. According to market data, until two years ago, around 80 percent of its users were distributed around the world, but only 17 percent of its turnover came from countries other than the United States.

For this reason, last year Pinterest developed a strategy to expand its advertising system in Latin America.

Initially, it did so in Brazil and Mexico; in 2022, after launching it in Japan weeks ago, it landed in Argentina, Chile and Colombia.

The company reported a few days ago its strategy to increase its digital business in these three South American countries, offering its advertising system to local companies interested in contacting its users.

“Growth beyond the United States is one of our priorities. Pinterest is still a developing advertising business. It gained strong momentum around the world in recent months and we want to leverage it. This is a significant development in Latin America and globally,” Andre Loureiro, CEO for Latin America, said in a press release.

Distinguishing itself from other social platforms such as Facebook or Instagram, where posts are more linked to users’ lives, Pinterest is a digital search social network that offers the possibility of assembling collections of images by class; users search for ideas, projects and activities, in different formats such as images, videos or even multimedia narratives.

Nearly 90 percent of users use this platform for shopping inspiration; they are open-minded and commercially minded. They investigate possibilities and welcome business ideas similar to their interests.

In Brazil and Mexico, they have attracted accounts of various sizes, from large retailers such as Magazine Luiza or Renner, to global brands such as Netflix or Samsung, which run special campaigns in those countries.

In addition, it attracted sales from established online commerce platforms, such as MercadoLibre, as well as small companies such as jewelry stores and local clothing brands.

Like the entire digital economy, Pinterest achieved the best growth rates in the first few months of the coronavirus pandemic lockdown.

Between 2020 and 2021, its shares rose in value by nearly 500 percent, but then returned to pre-pandemic prices.

During the worst moments of the lockdown, emotional connection within the platform grew, fostered in large part because users were spending much more time at home.

That changed when people started getting out and spending more time outside.

In this context, the firm’s strategy is to take steps to halt the slowdown, with the strategy of generating a higher frequency of user logins and increasing the time spent on the site.

In the long term, its priority is to add content creators that will increase user engagement, betting on increasing the circulation of pinners.

Investments in shopping are likely to drive greater engagement as the platform helps users purchase products based on their tastes.

While inspiration is the main cause that drives people to Pinterest, the data supports the social network’s strategy going forward.

More and more people are coming to shop. And they buy a lot.

Research by Millward Brown says that 87 percent of Pinterest social network users have purchased a product after seeing it on the platform.

And that’s nothing, 93 percent say that even if they didn’t buy it, they plan to.

What products or services are the most appealing on the platform? Food sorting, for example, is among the favorite topics. Also home decoration and apparel.

Women, moreover, say they use the Pinterest social network to plan their future.

Millward Brown research says 48 percent of those who use Pinterest at least once a day are more likely to plan a “life event” (such as a wedding or trip) in the next 6 months.

When it comes to investing in Pinterest stocks, choosing the best possible investment platform is a vitally important aspect. Below you will find the stock brokers we recommend to our readers, taking into account the following criteria:

Legal and Risk Disclaimer: NAGA is a platform that offers CFD and non-CFD products. 77% of retail investor accounts lose money when trading CFDs with this provider. You should consider whether you can afford to take the high risk of losing your money. Cryptoassets are highly volatile and unregulated investment products. They do not have EU investor protection. Your capital is at risk.
Go to the complete ranking of the best brokers
Tags: PinterestPinterest Shares