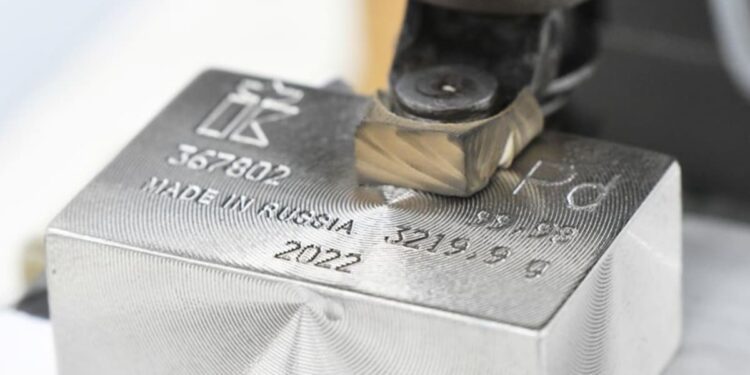 Platinum and palladium prices are going through a downward spiral due to a slowdown in demand as a result of the global economic crisis.

These metals are necessary components in the manufacture of automobiles, mainly in engine exhaust pipes. Platinum is also frequently used in jewelry and other industries.

Meanwhile, analysts’ forecasts for the price of palladium tend towards a further decline, at prices close to 1950 dollars per ounce. The price of both metals soared at the beginning of the year due to the Russia-Ukraine war, and then fell sharply. In fact Russia is one of the main producers of both raw materials worldwide.

Russia is the world’s second largest producer of palladium behind South Africa. Its most important company is Norilsk Nickel, one of the world’s largest palladium producers. Before the outbreak of the war with Ukraine, it had invested $35 billion in modernizing its plants to achieve higher production.

The combo of high inflation, interest rates and COVID-19 blockades in China pushed the world economy into a recessionary scenario that also impacted the price of both metals.

Platinum and palladium will be oversupplied this year. A surplus of both is expected by mid-2023.