The U.S. company is confident that the use of hydrogen-powered batteries will become the best alternative for environmental protection. 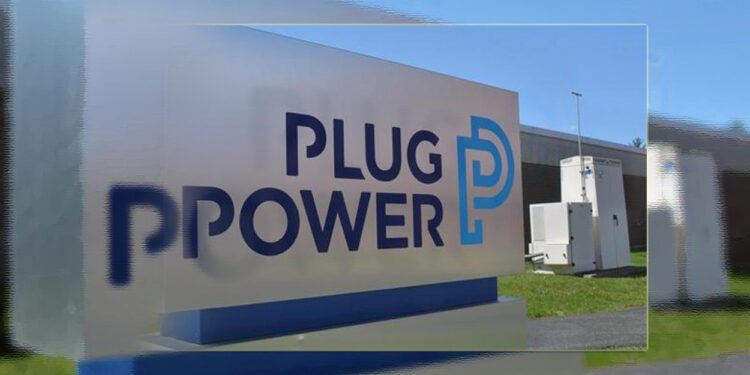 Plug Power CEO Andy Marsh sees using green hydrogen to power batteries as the most environmentally friendly of the options. Although the company’s proposals have plenty of critics, future development for this source of motion looks promising. One of the detractors of using hydrogen to power electric car batteries is Elon Musk, the electric vehicle industry’s leading tycoon.

The belief in the potential of hydrogen is not new and billions of dollars have been invested for decades with no palpable results. It is the possibility of an extremely clean fuel that never materializes. The major automakers can’t seem to find the formula to turn these cells into the main component of electric car batteries. So far, the largest market for these cars is California, where only 15,000 cars are running in this mode. Toyota is among the supporters of the hydrogen proposal.

Meanwhile, Marsh and his company’s vision now seems to be not to contribute to transportation. Instead, the firm intends to focus on creating the fuel for industrial machinery and processes. Some of the adapted products would be zero-emission forklifts and stationary power generators, Forbes cites.

Plug Power aims to produce its own hydrogen from water

Plug Power’s CEO wants to undertake the Herculean task of producing the hydrogen they use to supply cells to other companies. In other words, the goal would be to be self-sufficient in delivering the energy booster for the processes of its partners in the heavy industry sector. If achieved, this would be a major step in the decarbonization of the hitherto polluting industry.

“This is not just any way: they are scaling up a zero-carbon way to produce and liquefy the most abundant element in the universe,” notes Forbes. He adds that the process involves extracting hydrogen from water and turning it “into a major factor in the fight to curb climate change.” It should be noted that criticism of fuel generation, whatever it may be, has deep roots.

Fossil fuel is the most criticized for reasons that are well known. But the creation of fuel from agricultural elements is also frowned upon. The same goes for the extraction of hydrogen from water, bearing in mind that this is a precious resource for social existence. However, the possibilities of science seem to go further, and the electrolysis that separates hydrogen and oxygen from water could also be done with ocean water.

Consequently,companies like Plug Power would have the possibility of creating the fuel needed by heavy industry without harming anything. At the same time, they would take the first step in the creation of a productive sector capable of producing millions of jobs worldwide.

Such a likelihood makes a marked difference between this new proposal and traditional clean energy generation sectors such as solar or wind power. The latter do not require considerable manpower to operate.

Plug Power’s vision for the near future

If the U.S. company’s plans are successful, its production capacity would make it one of the leaders in the sector. In that sense, its cell sales would go from the current $900 million to $5 billion by 2026. Subsequently, that trade would climb to $20 billion by the end of this decade.

“The problem with green hydrogen is that the capital cost is extremely high and its efficiency is very low” – Paul Martin, Hydorgen Science Coalition.

The company claims that the first positive signs will start to be seen as early as 2023. This is because it will move from being a purchaser of hydrogen for cell manufacturing to being a direct producer of the feedstock it needs. Moreover, the hydrogen it will manufacture will not only be sold to its customers in the form of battery cells, but it will also export the raw feedstock.

The company is optimistic that the so-called green hydrogen market could reach $10 billion in the next few years. One aspect is that the hydrogen generation process the company is targeting is completely different from the traditional one in that it generates no emissions. Currently, hydrogen is produced in massive quantities using steam to extract it from natural gas. Significant amounts of carbon are released in that process.

It is precisely at this level that Plug Power seeks to make a difference in terms of clean generation. Currently, the United States accounts for 10% of global hydrogen production for industrial purposes. This translates into 10 million metric tons per year. This is directed towards applications such as steel manufacturing, oil refining and agriculture. As mentioned above, most of it consists of “gray hydrogen”, i.e., hydrogen whose process generates greenhouse gases.

Some of the company’s upcoming business

The desire to use green hydrogen seems to be shared by numerous companies such as Amazon and Walmart. In fact, the former intends to purchase up to 10,000 tons per year in a contract valued at about $2.1 billion. Plug would also supply Walmart with fuel for 9,500 forklifts in its warehouses. This is in addition to other contracts with large companies such as New Fortress Energy.

The company’s financing appears to be on track and, according to Forbes, the amount raised would amount to $5 billion so far. The latter includes a $1.9 billion round of funding from South Korea’s SK Group.

The resources raised have been used in the construction of 13 refineries in different locations in Europe and the United States. Likewise, another 6 refineries would be underway in different entities of the North American country. In addition, similar projects with partners from nations in different latitudes such as Australia, Belgium, South Korea and Spain.

One of the points against Plug Power’s business is that hydrogen as a form of energy is highly inefficient. Producing it requires large amounts of energy and resources to keep the fuel in a cold state. On the flip side, the upside is that most of the oil workers left out of that sector would become part of this new industry.

“The problem with green hydrogen is that the capital cost is extremely high and the efficiency is very low,” says Paul Martin of the Hydrogen Science Coalition.

Like the vast majority of stocks, Plug Power stocks are in negative territory as a result of macroeconomic conditions. The U.S. situation is that of an economy on the brink of recession due to the Federal Reserve’s crackdown on 40-year record inflation. As a result, the shares of almost all companies in the stock market are marked by nervousness and lack of investor interest.

Amid that scenario, PLUG shares are trading in the red from recent peaks. The closest high was on August 25, 2022, when the stock hit $30.00 per share. The highest price since the company has been publicly traded was on Jan. 26, 2021, when shares topped $71 per unit.

Currently, shares are trading at $15.84. Given the projections, forward potential and proceeds, one would assume the stock is at an ideal offer price to get in.