Trading in Monero, and other privacy-based decentralized currencies, would soon come under the onslaught of European regulators. 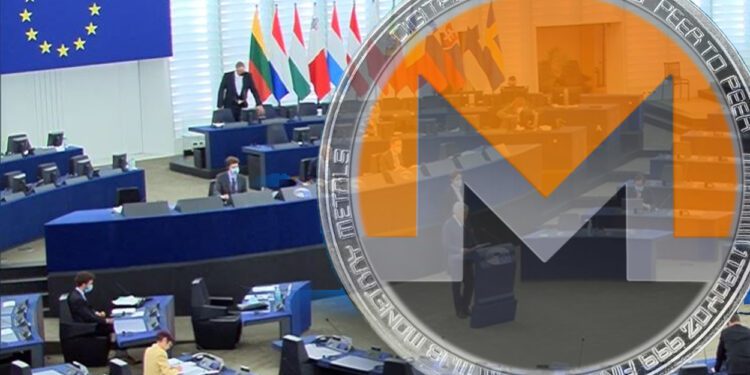 Privacy cryptocurrencies and decentralized finance (DeFi) become the big challenges for European regulators. The former of these assets have great power to ensure that people conduct transactions completely outside of governments and banks. These are currencies whose characteristics make it difficult (probably impossible) to get them out of the way or place them under state control.

The main characteristics of these currencies make them similar to Bitcoin. For example, decentralization and operation outside of traditional finance. By their very nature, cryptos like BTC allow their users to stay out of the consequences of inflation and other financial measures that have traditionally been harmful to ordinary people. However, these currencies do have some weaknesses.

That ground not covered by Satoshi Nakamoto and other creators of traditional digital currencies was addressed by the creators of Monero. In that sense, this currency is based on the total concealment of the transaction movements of its blockchain. The entire process, from the time an amount of coins leaves a wallet and reaches its recipient, is completely unavailable to third parties. In a nutshell, that is the main feature that makes the big difference between Bitcoin and Monero.

With all the privacy features that cryptocurrencies have, they are presumably completely resistant to censorship. The anonymous transaction capabilities of XMR (and other coins) make them ideal tools for criminals, and that’s what European authorities’ fears are based on. However, destroying a currency like Monero is a task for which the capacity does not currently exist, as the most stubborn supporters of such a project claim.

Consequently, the EU’s strategy is not to go directly after these coins or their mysterious creators. Instead, they would be going for the tactic of “taking the water out of the fish”. The latter consists of banning financial institutions, exchanges and any other crypto platforms from facilitating trade in them. Without people being able to buy or sell them, the possibility of Monero or others being used drops considerably.

According to recently leaked documents, a ban on the trading of these coins would be included in the anti-money laundering law. Such a proposal is being worked on in the European Parliament, according to the anonymous sources who leaked the document cited in Coindesk.

The media explains that the proposal does not yet have an official status. However, officials in the Czech Republic have reportedly already drafted the bill, which would already be in the hands of the 26 member states. “Lenders, financial institutions and cryptoasset service providers are prohibited from holding… coins that enhance anonymity,” EU authorities said on Nov. 9.

With this, privacy cryptocurrencies would be approaching the litmus test they have been announcing for years and for which they would be “prepared” and “shielded”.

As mentioned above, the most important of these anonymously transacted and held coins is Monero. But it is not the only one with these features. There are other proposals such as Dash, Zcash or the new updated version of Litecoin, which allow a certain degree of privacy in their transactions. The big difference with Monero, is that in this one privacy is not an option but the main feature.

“Cryptocurrencies based on privacy and anonymous trading have a strong user base that could challenge the EU’s containment plans.”

One of the essential features of the most popular of the anonymous coins, is its solid fan base. The currency has tens of thousands of users who wish to stay out of the watchful eye of the state for various reasons. They invoke the right to financial privacy. In addition, the community has exchanges of its own and even advises people on how to continue operating when the ban comes.

Sites such as Localmonero allow users to exchange their coins for fiat money without going through traditional financial institutions. Another feature of Monero is the ease of obtaining it without exposure. In such a way, the characteristics of its blockchain allow it to be easily mined with CPUs, including old computers. Thus, the person can mine with a VPN from his computer and store the coins he generates. These can be used to trade or exchange for money without arousing suspicion from the authorities.

According to fans of these projects, privacy cryptocurrencies in general, and Monero in particular, fulfill the true dream of Satoshi Nakamoto. To have a better understanding of how this controversial currency works, you can review the book Mastering Monero written by developers of that blockchain.

Stopping the feet of decentralization within the crypto market

The fact that there are financial assets outside centralized control is something that does not amuse the authorities of the old continent. Hence, lawmakers are working tirelessly to curb the momentum of decentralization of cryptocurrencies within their jurisdiction. With that in mind, European lawmakers voted on October 6 of this year in favor of new cryptocurrency tracking rules.

These regulations would force cryptocurrency trading companies to collect and store their users’ information. This involves reporting to the authorities who is involved in digital currency transfers. Although a significant number of representatives of that market showed their disagreement, it is unlikely that lawmakers will back down on the implementation of these new regulations.

Enthusiasts of the crypto market denounce that the measures could harm entrepreneurship in new technologies. In addition, they denounce that the privacy of people’s personal and financial data would be at risk. The authorities even plan to go further and intend to attack the so-called decentralized finance or DeFi. This is the use of smart contracts for the conclusion of loan option agreements and trading in general.

Consequently, in the same way that they intend to stifle privacy cryptocurrencies, they would also do so with DeFi. To that end, they would pass a proposal to exclude all projects related to that financial form from the possibility of registering as legal entities. This is a rude blow to the thriving FinTechs that bring innovation to the European economy.

One of the scenarios that most frightens cryptocurrency freedom advocates is the issue related to Russia. Beyond the war issue is the fact that EU authorities banned cryptocurrency trading between the area and the Russian Federation. That speaks to the capacity built by the authorities to override at their discretion any kind of innovation in the financial arena.

It should be recalled that, initially, crypto trading limitations between Russia and the EU were limited to $10,000 euros. Now, however, inter-wallet trading has been banned in its entirety regardless of the amount of assets involved.

Given this precedent, the moment the authorities decide that “enough is enough,” crypto trading would also be banned. Although there are numerous ways to successfully bypass this type of censorship, especially with privacy cryptocurrencies, considerable knowledge is required. The latter stands as the main barrier between the cryptocurrency market and mass use.

The European authorities are trying to lock down the possibilities and bring the potential of the crypto universe to its minimum expression. This is basically a dilemma, since not acting in this way would provide a golden opportunity for criminal activities such as tax evasion, terrorist financing and money laundering.

Striking the balance between leaving the door open to innovation and at the same time closing it to keep crime out is something that the European Parliament will probably not be able to resolve now. In any case, between one and gold it seems to opt for closing that door completely.