The e-retail giant continues to innovate with robots that aim to "complement" the human workforce, according to the company. 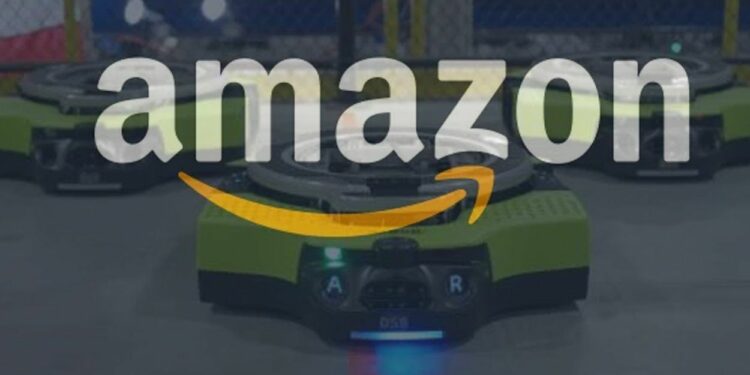 Amazon recently unveiled its new, fully autonomous robot, Proteus. The new type of worker could soon join its human colleagues in the same facility without compromising safety, the company explained.

In this way, machine and human will work together on the warehouse floors of the online retail giant. In contrast to other models the company has launched, this one will not work in separate spaces from the human worksite. This is the first step in taking machines out of the confined spaces of work floors.

The launch information was published last Tuesday by the technology company itself. On its official website it listed some important details of this new machine, which will move among workers without causing interference thanks to its motion detection system.

As already highlighted, the motion detection systems will allow Amazon’s new robot, Proteus, to be very cautious. That means that, while moving among workers, it will not be an obstacle for them. The company claims that the machine has a sensor that stops it immediately when it detects movement in front of it

That way, as it moves and lifts the GoCarts it will practically go unnoticed by its Homo sapiens colleagues. “Historically, it has been difficult to incorporate robotics safely into the same physical space as people“, explains the publication. They go on to add that “Proteus will change that while still being smart, safe and collaborative“.

The tech claims that Proteus uses the company’s necessary advanced security, perception and navigation technology so as not to interfere with human activities. In a video published by the company on YouTube, the robot is shown doing its job. In this sense, it shows some of the features that will allow it to operate harmoniously on the different floors of the company’s warehouses.

In this way, Amazon’ s most recent robot is emerging as one of the most innovative complements to the company’s workforce. In the aforementioned video, Proteus emits a green beam as it moves. When a person enters the range of that beam, the robot stops and waits for the colleague to move out of range before continuing.

Amazon did not offer an onboarding date for its robot

Although it is already a fact that Proteus will work with its human peers, its incorporation date is still unknown. Similarly, the company said that the team’s usual work will be in a more efficient handling and sorting of GoCarts. The goal is that people stop doing heavy work and can concentrate on other tasks.

“Our vision is to automate the handling of GoCarts across the network. That will help reduce the need for people to manually move heavy objects through our facilities. Instead, this will allow them to focus on more rewarding jobs“, the company said.

It is noteworthy that this robot is not the only one that Amazon has developed. Since the technology company acquired developer Kyva Systems a decade ago, it has worked with several prototypes. Cardinal is one of those machines, which have important characteristics when it comes to making efforts that considerably exhaust human workers.

Cardinal is capable of lifting packages weighing more than 50 pounds (22.6 kilograms) from a stack and reading their labels. In doing so, the machine knows exactly which GoCart to place them in without any chance of making a mistake. The company said that this type of technology is in the testing phase and could start working in 2023.

Reduce the risk of injury

One of the company’s stated goals, apart from improving productivity, is to avoid injury to human workers. To this end, they intend to entrust the heaviest and most demanding jobs to automated machines. The company sees this as a noble goal that is not intended to replace human workers, but to complement them.

“The rate of serious injuries between 2016 and 2019 was more than 50% higher in warehouses with robots than in those without.”

“Moving heavy packages, as well as reducing twisting and turning movements by employees, are areas we are continually looking to automate to help reduce the risk of injury“, they explain. The company’s workers, with these new additions to the workforce, in theory, should be the healthiest in the industry.

However, there are those who do not believe Amazon’s robot safety announcements. By 2020, a report from two workplace safety analysis firms claims that robots do not contribute to a safe workspace at all. The aforementioned paper highlights two troubling facts about robot employment in general and at Amazon in particular.

Apart from the fact that injuries at Amazon are twice as high as in the rest of the industry, serious injuries are mostly caused where robots are present. “The serious injury rate between 2016 and 2019 was more than 50% higher in warehouses with robots than those without robots“, explains the report cited in Fortune.

The text states that sharing spaces with super-efficient robots kept workers under pressure. In such circumstances, it is easier to make mistakes and get injured. Also, many employees, for fear of being replaced by machines, would have pushed themselves harder on the job, which led to injuries.

There is no binary view within the company

The most controversial aspect of this new prototype of the technology company is the future of human workers. A machine performing tasks efficiently has been one of the worst nightmares for workers since the beginning of the industrial revolution. The Luddite movement, for example, was dedicated to destroying the machines that would put thousands of workers out of work.

The company dismissed the concerns in the same announcement last Tuesday. In that regard, it said its vision is to complement workers with machines and not to separate them. “From the early days of the Kiva acquisition, our vision was never tied to a binary decision of people or technology. It’s about people and technology working together safely and harmoniously to deliver for our customers. That is the vision that remains“, they assure.

Amazon document: there was rampant speculation that Amazon was replacing people with robots. But 10 years later, the facts tell a different story. We have more than 520,000 robotic drive units and have added more than one million jobs globally.

Thus, Amazon claims that its robot does not pose a threat to its workforce. However, doubts have assailed public opinion after an internal document was leaked. It claims that the company would run out of workers to hire in its U.S. warehouses by 2024.

The labor crisis that would be about to fall on Amazon would have two possible solutions, according to the leaked document. The first is to increase wages to existing workers so that they do not leave. The second is accelerated investment in the development of machines that can perform tasks that are so far restricted to humans.

By 2019, the tech company would have stationed more than 200,000 robots in 50 of its warehouses. However, the company says it would be a mistake to move toward full automation since humans are irreplaceable. For chief technology officer Tye Brady, Amazon’ s challenge is to make technology complement humans, not replace them.

Classical economic labor/value theory suggests that humans are not expendable in their entirety within a given production process. According to the premises of this theory, wealth is generated in the productive process by means of living force. Consequently, the unity between muscles, nerves and cerebral cortex generates the value of commodities. Meanwhile, the price calculated in the market is simply an expression of that value, but not the value itself.

Whether Amazon acts intentionally under these premises or not, they consider that a robot is not an organism that generates value independently. Hence, they repeatedly stress the need to complement human workers with machines. That would be one of the reasons why the company has been planning for months to hire tens of thousands of workers worldwide.

Either way, the company is pushing ahead with technological development to streamline efficiency and keep critics at bay. U.S. union forces constantly denounce alleged “anti-human conditions” in the company’s warehouses. The BBC reported in 2019 some allegations that spoke of broken bones, beatings that left workers unconscious and caravans of ambulances carrying out the injured.

Fact: Currently, Amazon has more than 520,000 robots performing tasks in its facilities around the world.

Wages in the metaverse will be 50% higher, says study