We review the most important market index 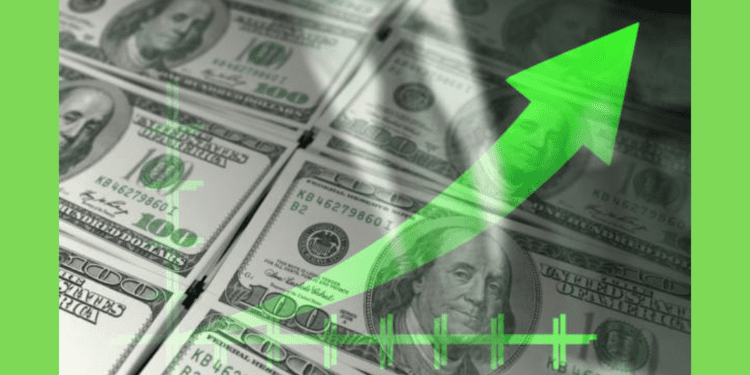 The rally in the S&P 500, as well as other US indices, has been in the news since mid-June and many are wondering if it can continue until the next Fed meeting at the end of September.

Some data from the US economy has persuaded investors that we are not yet definitely in recession.

There is no doubt that the economy has slowed down, but certain signs point to a less pessimistic scenario.

In that case, the FED could moderate rate hikes, which would be used by the stock market to recover some of the ground lost since the beginning of 2022.

We review the performance of the S&P 500 Index, the most important indicator of the U.S. stock market.

Strong employment data suggests that the U.S. economy could, perhaps, manage inflation and avoid the “hard landing” that many analysts have predicted, even despite the rapid interest rate adjustments being made by the Fed.

Below, we see the chart with the Evolution of Annual Inflation, Non-Farm Employment and Unemployment Rate in the US. : 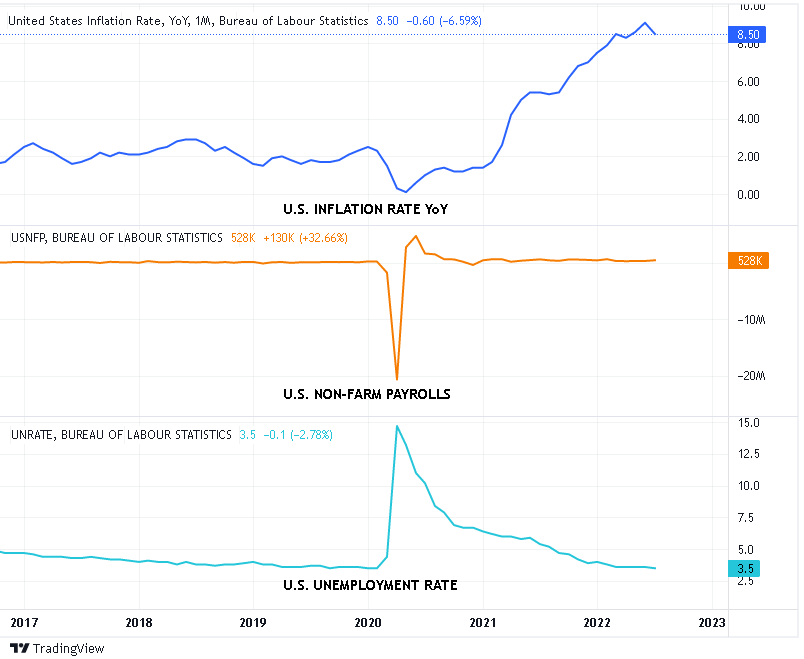 The annual inflation rate declined to 8.5% in July, suggesting that it may have already peaked.

“The overall consumer price index was unchanged in July as the gasoline index fell 7.7% and offset the rise in the food and housing indexes. In fact, the energy index fell 4.6%, underpinning the brake on prices.”

This does not mean that the serious inflationary problem ended, but, it could mark the beginning of a moderating trend.

During the month of July, 528,000 new non-farm jobs were created, which, in conjunction with the inflationary data underpinned the rally in the S&P 500 and the rest of the US indices.

Not many expected such a high figure when GDP growth in the second quarter of 2022 fell by 0.9% in preliminary data.

The unemployment rate came in at 3.5%; the lowest reading since March 2020, bringing the northern colossus back to pre-pandemic employment levels.

However, as the labor market “heats up”, it may become more difficult to fill all available job openings in the economy, making it more difficult to combat inflation as long as the supply of goods and services cannot keep pace. 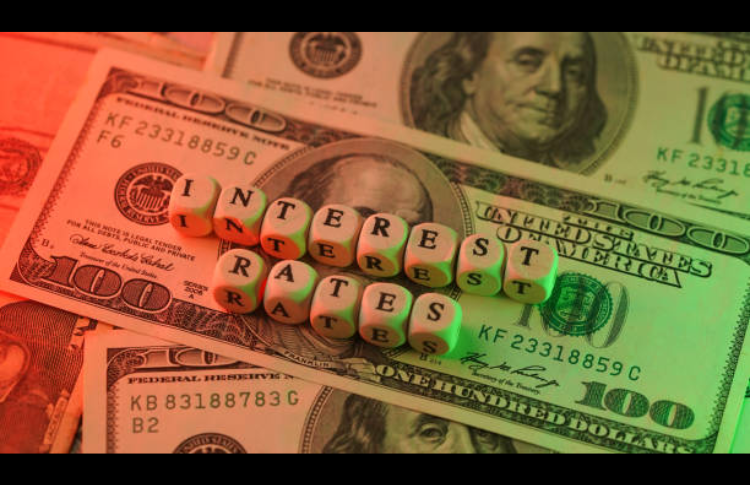 According to a press release published by Investing:

“A strong jobs report for July eased fears about the prospect of a recession, while last week’s inflation data pointed to the largest monthly slowdown in consumer price increases since 1973.

Traders are currently pricing in a less hawkish Fed, with fed funds futures showing an increased likelihood that officials will raise rates by 50 basis points when they meet in late September, rather than 75 basis points as they have at their last two meetings.

But Fed policymakers have pushed back expectations for a moderate turnaround, and economists have warned that inflation could return in the coming months.”

To try to answer this question we appeal to technical analysis through the daily candlestick and MACD chart for the S&P 500 Index in 2022: 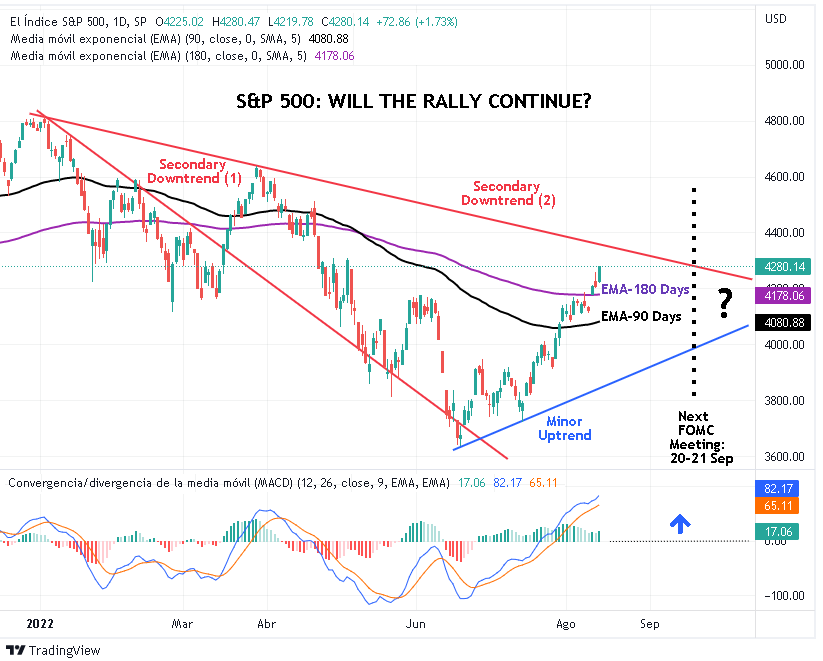 So far, the market has remained within 2 secondary downtrend lines, as we can see on the chart.

However, since mid-June, when the market reached its lowest point of the year so far, $3,636.87; the index was able to maintain these price levels and begin an upward behavior. The rally in the S&P 500 has meant a 17.7% increase from that relative low.

“What is interesting is that already the price intersected its 90-day and 180-day exponential moving averages (EMAs) to the upside. This has not happened since mid-March. We can even see, the change in the slope of the averages.”

These 90-day and 180-day averages represent dynamic levels of support and resistance that we should always be watching.

It is worth noting that there is still no upward break of the EMA-90 above the EMA-180, which could confirm the exit from bearish territory, but we are certainly close.

In the lower panel, the MACD indicator lines cut through the middle of the histogram in mid-July, confirming the rally in the S&P 500.

What can we expect? 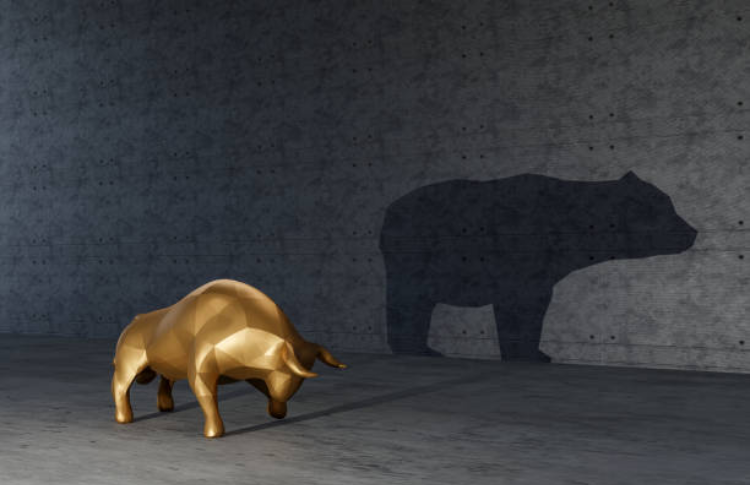 The next Fed meeting will be September 20-21 the next step for which is about a month and a half away. That’s a long time in the stock market.

In the meantime, we will see if the rally in the S&P 500 index can consolidate at current levels, taking the EMA-90 as dynamic support. This currently stands at $4,080.88.

The Fed is likely to take advantage of relatively good labor market data and slowing inflation to make another 75 basis point adjustment in the benchmark interest rate.

“We believe it is early to say that the bear market is over, but if we could, perhaps, have bottomed around June price levels.”

If no tremendously negative events occur, the stock market could stabilize and open up the prospect of rate cuts by early 2023.

The risk factors are still there

We should not forget the overall context, as it contains several risk factors whose impact should not be overlooked:

Analyses come and go. Some say the recession is already here and others think it has not yet begun. But what is certain is that we are at a pivot point. 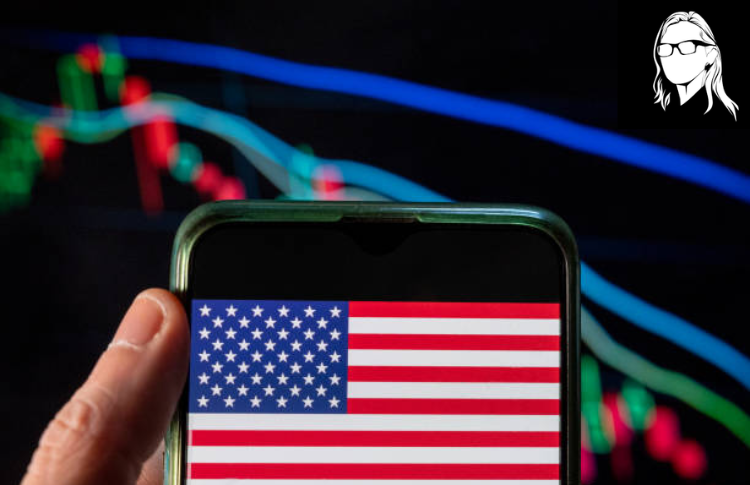 For Cathie Wood, whose fund (ARKK) specializes in cutting-edge technology, a sector that has been hit hard by the bear market, we would have already bottomed out, as she says report by Eddie Pan in InvestorPlace:

“Generally, growth stocks will outperform as we move toward the end of a bear market and the end of a recession because they are the new leadership. It looks like we bottomed on an intraday basis on May 12 based on our flagship strategy.”

Next week will see the release of July data on U.S. retail sales and housing market. The outcome of which could either add further upside strength to the developing rally, or give investors a dose of reality.