Raphael Bostic: “It is difficult to say when the rate increase will reduce inflation”

The president of the Federal Reserve Bank of Atlanta, gave some clues about U.S. public policy. 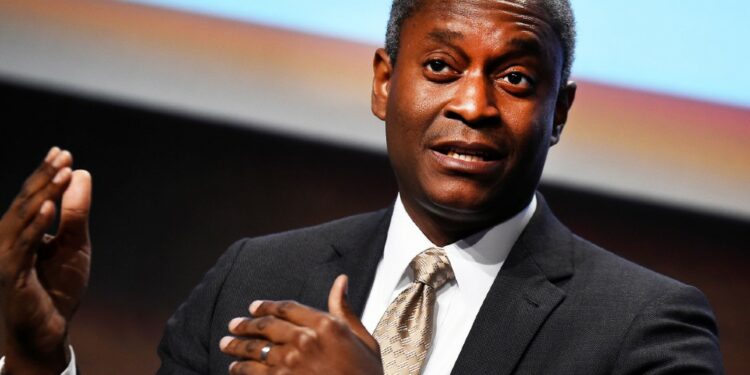 Raphael Bostic, president and CEO of the Federal Reserve Bank of Atlanta, noted that although there have been some positive signs recently of a possible slowdown in inflation, more work is still needed with those responsible for implementing policies that digitize the value of interest rates and set them at restrictive levels.

“We note a glimmer of hope,” Bostic said in an essay published on the website of the Federal Reserve Bank of Atlanta, USA, this week. The economist also argues that these forecasts are based on the fact that “there are signs that inflation may be decelerating”.

The U.S. Federal Reserve raised its benchmark interest rate by 0.75 percentage points earlier this month and for the fourth time in a row, multiplying the target range to 3.8 percent and 4 percent from 0, where rates were at the beginning of the year.

The rate hike is not whimsical: it is the strategy being pursued by all (or most) governments as they struggle to put the brakes on the largest generalized rise in prices seen in forty years.

While Bostic has not commented specifically on the monetary policy meeting later this year, markets are expecting a further 50 basis points of growth by December.

“For numerous reasons, it is difficult to predict exactly when these policy moves will significantly reduce the inflation rate,” says Bostic.

The full text of Raphael Bostic’s thoughts on the economy.

Bostic believes that inflation in both goods and services prices will slow down. And that there are hopeful and encouraging aspects for later in time.

He also noted that so far it has not happened, but that the key may lie in a better balance within the labor market, because service industries are labor-intensive.

Although currently this market continues to have tensions, because job offers still greatly exceed the number of demanders, he clarified.

In this context, says Bostic, upward pressures on wages are building up.

Data released a few days ago showed that consumer prices saw a larger-than-normal cooling last month, with the consumer price index up 7.8 percent over 2021 from 8.1 percent in September.

The Atlanta Fed president pointed out that what they are looking for with this monetary tightening is to restrict the availability of money enough so that inflation is at manageable margins again in the short term. He added that they have not achieved that yet, so they estimate that another rate hike will be necessary by the end of 2022.

Bostic also noted that the Fed’s policy committee added to its recent statement a note on the lag in the operation of monetary policy.

He noted that the mismatch between policy actions and the effect on prices is ambiguous and that, as some anticipate, the reduction in inflation may take 18 months to two years.

This means that the Fed is going to have to measure current policy knowing that its full effect on inflation may not be seen for a long time.

In that context, one has to look at other economic signs, not just the generalized rise in prices, to guide its path.

Bostic also explained that he believes a recession may be avoidable, but that he does not care too much about it, because “the most important problem now is inflation,” he said.

He says that if this phenomenon (inflation) continues to rise for too long and becomes entrenched in the economy, it will be very serious and will produce more prolonged and deeper economic damage than a recession.

Therefore, while there are risks that its monetary policies to control inflation could lead to a recession, it would be a better option than the continuation of the generalized rise in prices.

“The U.S. economy is a vast and complex ecosystem of interrelated forces. Therefore, it takes time for businesses and consumers to recognize, feel, and act on changes in financial conditions,” the academic said.

He added: “We are still learning about a rapidly changing economy after an unprecedented global pandemic and other surprising events, such as the war in Ukraine, which shocked important economic sectors.”

Bostic said “monetary policy, no doubt, is working with a lag.” “Therefore, at the Atlanta Fed we calibrate policy today knowing that we won’t see its full impact on inflation for months. In those circumstances, we should look for economic signals other than inflation as indicators.”