The United States, China and Russia caused damage to the economies of the poorest nations that has been calculated in a study. 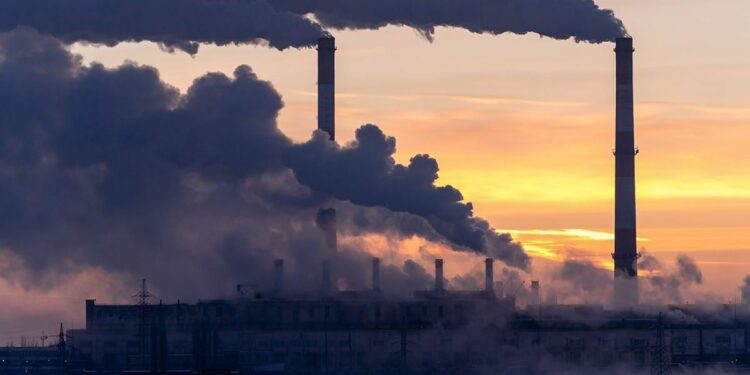 For many years, environmental activists and various government officials and scientists argued that countries with more resources should invest more in the fight against climate change, and even pay compensation to poorer countries, since the most industrialized nations produced more greenhouse gas emissions in recent decades.

A new study by two scientists from the private university Dartmouth College (Hanover, New Hampshire, United States) seeks to calculate the economic impact of the main emitters on the rest of the countries.

The report, published this week in Climatic Change, says the data could be used in courts and in international climate disputes linked to compensation from wealthier nations, who have higher consumption of coal, oil and gas, to countries with fewer resources that are deemed to be harmed by emissions.

The United States owes millions to Brazil, India and other countries

The report reveals that the largest carbon emitter in recent decades, the United States, caused climate damages in excess of $1.8 trillion to other countries between 1990 and 2014.

However, in the meantime, US carbon emissions have benefited the American giant by more than 185 billion dollars.

“Do all nations seek compensation from the US? Possibly,” said one of the authors of the research, Justin Mankin, a climate scientist at Dartmouth College. “The U.S. caused very large economic damage over the years with its carbon emissions, and this is reflected in the data in the study,” the scientist said.

For the U.S. university’s research, countries with fewer resources convinced wealthier nations to ensure that they would help them financially to lower carbon emissions in the future, yet they have failed to achieve compensation for the damages received, technically termed “loss and damage” in global climate negotiations.

In these talks, major carbon emitters, such as China and the U.S., took a position of denial that certain damages were caused by their actions, says Christopher Callahan, another of the report’s authors. Callahan is a climate impact specialist. “This study refutes those denials,” he says.

“Scientific reports like this study leave the major emitters looking bad in their attempts to dodge their obligations to pay for the losses and damages they have caused,” says Adelle Thomas, a climate scientist at the NGO Climate Analytics, an organization that was not part of the report.

Thomas affirms that recent studies “increasingly and convincingly demonstrate that the losses and damages caused by these nations are oppressing the poorest countries”.

While carbon emissions have been tracked at the national level and damages calculated for many years, the study’s authors say this is the first report to compile this data, including emitting nations and affected countries. The study also shows the countries that benefit most from carbon emissions, including Canada, Russia, the U.S. and Germany.

“In general, it is the nations with the lowest emissions that are most likely to be hurt by increased global warming. It is for this reason of inequality that I emphasize this finding,” says Callahan.

The full research in PDF.

How the research was done

To conduct the research, climate impact specialists assessed the volume of emissions from each country and what their impact was on global temperatures.

They did this using scientific-grade climate models, recreating the planet with each nation’s emissions, a scientifically accepted attribution technique and an extreme weather model.

These data were then linked to economic studies that compared the relationship between temperature increase and damage in each state.

“Thanks to the study, it is possible to see, for example, the culpability of the US in Angola’s economy,” says Mankin.

The authors of the study chose 1990 as the starting point because at that date a scientific consensus was created and countries could no longer excuse themselves on the grounds that they had no knowledge of global warming.