“Rushed” transition to green energy is a mistake, says expert

The paradigm shift from old forms of energy generation to cleaner ones could be a failure, according to an expert in the field. 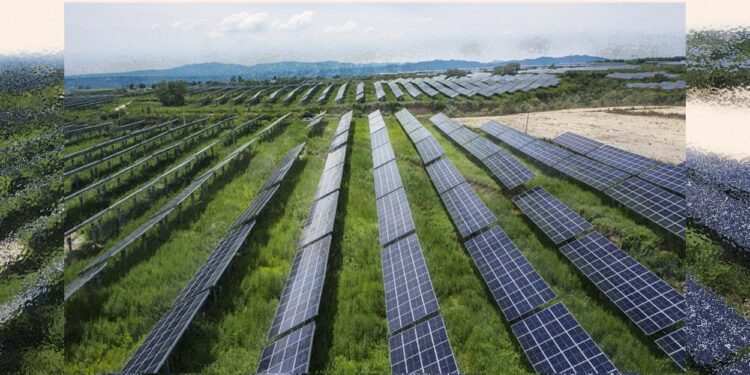 America’s forced march toward alternative forms of generation is becoming a source of concern for experts. One of them is Daniel Turner, founder and CEO of Power the Future. During an interview with Fox News the Future, he did not give a good prognosis for the transition to green energy in the United States.

In his opinion, the country is moving too fast in the implementation of new generation technologies. The problem would not be the advance in the placement of sources, but the withdrawal of traditional sources at the same pace. By this summer, he warns, a series of blackouts could begin that would last for a long time.

This year, grid operators could face major challenges in the face of growing demand where they have few options to bid, he explains. He adds that outages would take place across virtually the entire United States. The states facing the greatest threat would be those that are betting most heavily on a shift in generation.

The painful transition to green energy

The shift to greener forms of energy could be one of the most painful phenomena in the history of human development. Few modes of generation have stability halfway comparable to the traditional ways. This makes it difficult to plan for population growth and business growth.

Consequently,supplying a given population with energies such as wind or solar becomes complex due to the instability of these types of generation. The same can be said for hydropower. Climate change would be one of the protagonists in lower flows. Thus, a number of problems make this type of generation unpredictable.

“Climate-dependent renewable energy resources may be susceptible to future climate change,” confirms an article in Nature. According to the paper, virtually all forms of generation will go through traumatic phases as climate change accelerates for the worse at the same rate that countries shed traditional generation.

Green energy thus poses serious problems for many countries. And it is not just a long-term problem when climate change becomes more unbearable, but right now. That is precisely Daniel Turner’s concern about next summer in the US.

A summer of blackouts

The problem facing power generation companies has been growing for years in the North American country, according to Fox. However, it is now becoming more noticeable and many companies are already going to great lengths to meet growing demand. Couple that with the transition, and the result is that no one in the country would really be safe from blackouts.

“I think the whole country is incredibly vulnerable, because the whole country is facing a major power shortage and I don’t think there’s any place that’s really safe,” Turner says. In the midst of that big challenge, he explains that the states that have been lobbying the hardest for a transition to green forms of energy generation are the most exposed.

“The areas of the country that concern me the most are those that have inherent weaknesses,” he said. At the same time, he said that entities such as Texas, California, New Mexico, New York and New England are the ones that have a weaker electric system than the rest. The latter, he remarked, is due to the internal political pressure that has been exerted for a quick transition.

The cuts would be applied more frequently in those states that are moving faster in the disconnection of traditional plants. These plants are those that produce power by burning coal and gas. They contribute enormously to the generation of greenhouse gases. Some legislatures are alarmed by the pollution levels and that would be the main cause of problems with power shortages in the future.

Green energy may not be able to sustain itself this summer

The interviewee stresses that alternative energy sources, not being dependent on human control, are unpredictable. Changing environmental conditions play the main role in whether or not there will be enough energy for the summer.

“The precipitous move toward new forms of alternative energy, by governments, is a mistake.”

In that sense, many regions do not have sufficient wind or sunlight sources to generate a reasonable amount of energy. While there is the possibility of storing surplus energy in batteries, the portal states that this is a costly project, which requires large amounts of money, not only for installation, but also for maintenance.

The other problem with batteries for storing green energy is that it is a technology that needs to be fully developed. Thus, the fact that it is in the process of development indicates that it is unlikely that this summer it will be possible to count on the advantages of energy storage to supply the growing demand. Turner expects that if the supply with stable sources such as natural gas has problems, that of renewable forms will have them multiplied.

With this in mind, suppliers will be forced to make difficult decisions when the time comes this summer, he explains. These measures will be necessary to maintain the integrity of the overall power grid when demand increases. Thus, the accelerated move to alternative forms of energy is a mistake on the part of the authorities, in Turner’s view.

Importantly, some of the regions with the greatest historical stability in energy access will be among the hardest hit. Thus, Midwestern states would be at the top of the waiting list for U.S. power rationing during the summer. Western states, meanwhile, will see an increase in typical power-saving seasons.

Regulators in some states such as Illinois, the website explains, are already warning people of planned summer outages. Also, electric companies are asking customers to take precautions due to impending heat waves that will add to the lack of energy to keep homes cool.

“We would like to inform you that there is a possibility of power outages this summer,” SouthEastern Illinois Electric Cooperative explains in a letter to its customers. The outages, as mentioned above, would be implemented to preserve the stability of the utility’s electric system. By this, it is implied that green forms of energy will not be enough to meet demand. The heat wave could be the main source of problems for millions of citizens.

Critics blame the government for being responsible for generating these problems. Such is the case of Illinois Governor Jay Pritzker, who set a goal of 100% renewable-based energy by 2045. This state measure would have caused investments in traditional energies to plummet. It should be noted that the survival of dozens of companies in the sector depends on this capital.

No government will succeed in its green energy transition plans

For Turner, the problem with the transition is not confined to certain U.S. states, but is a global issue. “If you look at any country, the world, or any state in the U.S., that has pushed green energy mandates through government action, none of them have been successful,” he highlights in the same interview.

He says the results can be measured in terms of what they achieved compared to what they promised they would achieve. In terms of increased generation, cost and reliability, they would fall far short of the expectations they generated.

The meddling of politics in the transition to green forms of energy generation is the main problem, in Turner’s opinion. Another clear example of this is the situation in Michigan. In that state, the authorities set themselves the goal of an accelerated race to create new renewable energy infrastructures. With the same speed they began the process of dismantling traditional plants.

As a result, local companies are warning their customers of severe supply cuts in the hot season. As if that were not enough, the state Public Utilities Commission plans to close two new plants in the near future.

In view of this, some companies are running campaigns on social networks asking citizens to put pressure on the authorities. With this, they seek to avoid hasty plant closures, which could generate greater service and quality of life problems for households. The companies are asking political leaders to be more aware of the impact of hasty measures.

Across the Atlantic, in Europe, the challenges appear greater for the transition, especially in terms of staged steps to reach the zero-emissions goal. Transition measures involve moving away from coal- and gas-fired generation to more environmentally friendly forms.

However, while the technological development that will make this possible is being born, the regions are at least concentrating on moving away from coal. Thus, where coal-fired power is produced, there is now at least a need to switch to gas. Such plans were derailed this year with the outbreak of war in Ukraine. Much of the natural gas that enabled Europe to generate power came from Russia.

Western sanctions against Moscow imply a drastic cut in dependence on gas and other resources from that nation. Hence, large economies of the continent are taking steps backwards by taking “transitory” measures to reactivate coal-fired power plants to produce energy.

Investing in clean energies: in this link, you can learn about some important trends to invest in renewable energies.

Wages in the metaverse will be 50% higher, says study