For Saxo Bank analyst Christopher Dembik, the UK looks increasingly like an emerging market as a result of the crisis it faces. 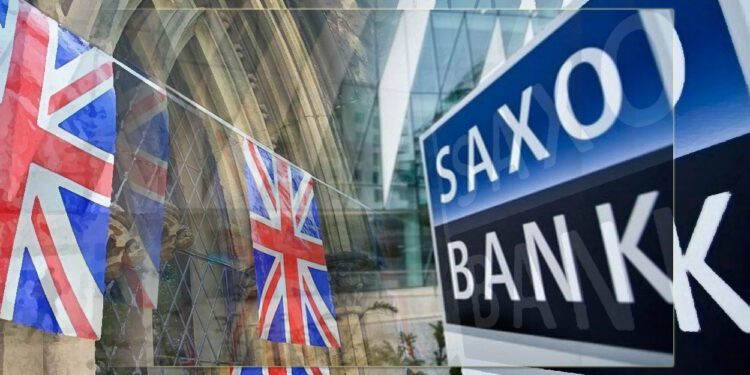 According to Saxo Bank analyst Christopher Dembik, the UK is losing its developed market status. As a result, domestic economic problems are leading the country down the path to becoming an emerging market. A very thin barrier is preventing it from moving from one category to the other.

The elements that the analyst points to in support of his argument are high inflation, political instability and trade problems. It should be remembered that the crisis in the energy sector is the main driver of the current level of the consumer price index (9.4%). However, food prices are also playing very strongly against household budgets.

Furthermore, the country’s central bank expects one of the worst recessions in recent times to begin in the fourth quarter of 2022. Gross Domestic Product (GDP) is expected to fall below 2.1% and inflation is expected to reach 13% as early as October. The latter comfortably exceeds the forecasts of less than three months ago, when inflation was expected to reach 11% by the end of the year.

The fact that Saxo Bank has an unfavorable forecast for the country’s economy is striking. Many of the data used by the aforementioned analyst of that institution come from the Bank of England itself and other official entities. From there, it can be said that there are many factors that make the United Kingdom look like an emerging market, he points out.

Political instability is one of the most characteristic elements in terms of the economic status of a power. In this sense, the country’s authorities are involved in numerous conflicts, which led to the resignation of the Prime Minister, Boris Johnson. The new British Prime Minister will be announced on September 5, in the midst of a sharp struggle between the conservatives Liz Truss and Rishi Sunak.

The sharp fall in the nation’s living standards is also another strong element cited by the analyst. Energy prices are expected to rise another 70%, which would leave the average annual bill at £3,400 pounds. Such a scenario would push thousands of households below the poverty line. Worse, however, is that bill prices would continue to rise by 2023.

Add to this scenario the trade disruptions caused by Brexit and the ongoing consequences of pandemic-generated bottlenecks. With this in perspective, the Saxo Bank analyst says that everything points to England becoming an emerging market in a short time.

All elements are in place (except one)

According to Dembik, the line separating the country’s conversion into an emerging market is so fine that only one element demarcates it. It is a currency crisis, which is typical of developing nations. In other words, if the British pound enters a crisis, the country would officially lose its developed market status, according to the analyst.

However, it seems unlikely that the scenario of a weak pound will appear in the short term. The analyst remarks that despite the strong headwinds, the country’s currency remains solidly positioned. “It only fell 0.7% against the euro and 1.5% against the U.S. dollar last week. Our bet: after surviving the Brexit week, we don’t see what could push sterling into a free fall,” says the Saxo Bank expert.

But that is one of the few positive factors he sees and he expects the economy to suffer much more in the coming months. To get an idea, some thermometer elements stand out to measure the health of the economy. One is new car registrations, which fell dramatically year-over-year.

A long and deep recession in the U.K. economy

All expert voices seem to agree that there will be a very painful recession for the British economy. For example, from the central bank it is pointed out that improvement is not seen in the outlook for more than 3 years. By then, GDP would be moving even below current levels. The analyst quotes the ECB on the possible 1.7% of GDP below the current level by mid-2025.

“During the spring of 2023 the UK economy will suffer a 1% contraction according to the NIESR.”

“What Brexit failed to do on its own, Brexit, inflation and covid have done. The British economy is crushed,” he explains, adding that the recession will be “long and deep.” On the other hand, the prediction of 5 consecutive quarters of negative GDP would put the ECB in a “wait and see” position, says the Saxo Bank analyst.

The Danish Investment Bank takes an identical position. That institution believes that the ECB will make its last interest rate hike in September and will adopt a passive stance thereafter. At the other extreme, the think tank National Institute for Economic and Social Research (NIESR) believes that inflation will force the central bank to be more aggressive. Quoted in The Guardian, the specialists affirm that inflation is far from the peak and will soon reach “astronomical levels”.

Such a scenario of chronically rising prices would push the ECB to make higher-than-expected rate hikes. Stephen Millar, deputy director of NIESR believes that by the spring of next year the economy will reach a contraction of 1%. Regarding the prolongation of the recession, they are more conservative and point to 3 consecutive quarters.

It will take an interest rate above 3%

The aforementioned NIESR analyst hints that a passive attitude on the part of the ECB would be the worst-case scenario for the economy. Consequently, as long as the official institution remains vegetating, inflation will not recede, but will gain further momentum. Prices in the short term will reach high levels and a rate hike of 3% or more will be needed to control it, he says.

On the other hand, he says that the arrival of winter will be one of the biggest drivers of inflation. He explains that households would be forced to use savings or go into debt to cover the costs of essential services such as heating or food. However, the worst-case scenario is for households without savings or access to credit.

By 2024, inflation will lead to the number of households without savings doubling to 5.3 million. Despite differences in nuance, the institute’s forecasts and those of Saxo Bank appear to be equivalent in the bottom line. Both believe the economic problems will create myriad setbacks for the country’s economic health.

Such is the case with the consequences of the expected recession, which would cause unemployment to rise and wages to fall. Workers’ strikes for better conditions and the climate of political and social instability would cause the economy to deform. Thus, Dembisk’s assertion about England downgrading to emerging market status does not seem entirely exaggerated.

The worst is yet to come

With current economic conditions choking household budgets, analysts fear the worst may not be yet upon us. Paul Dales, UK representative of Capital Economics, believes there are signs that global price pressures are being replaced by domestically generated inflation.

This is the signal that no one wants to hear, as it suggests that core inflation is gaining strength. It is worth noting that this type of inflation is measured without taking into account the prices of the most volatile products such as food and fuel.

At the end of May, EL PAÍS FINANCIERO reported that food security in the UK was at risk and that uncertainty was overwhelming. By that time, the governor of the ECB called the outlook for prices for the last round of the year “apocalyptic”. That term was labeled alarmist by members of the House of Commons Treasury Committee. However, time seems to be proving Andrew Bailey right.

“Sorry to be apocalyptic, but this is a big concern,” the official expressed to gestures of annoyance from lawmakers. Those same Bailey warnings now seem to be taken by Saxo Bank to mean that the country’s economy is becoming peripheral.

The political crisis that led to Johnson’s departure from 10 Downing St. seems to add to the uncertainty due to a lack of leadership to deal with the problems. The next few months will be absolutely crucial to assess an outcome or to heighten concerns going forward. However, the consequences of the current situation would be felt in the long term in terms of social impact.

As for the longer term, the consequences of the current British crisis will be felt by the generations currently active in the labor market. That is the view of Dembik who believes that people who make a living in the labor market have an uncertain future, which directly affects the next generation.

“Imagine the graduate entering the workforce in 2009/10, who will have been told that that was a once-in-a-lifetime accident. Now he’s in his early 30s and has another once-in-a-lifetime economic downturn,” he remarks. He adds that these people will have a suppressed wage economy and no housing prospects plus two lost years of socialization during the pandemic.

To that he adds “obscene energy and rent bills and now a long recession”. The Saxo Bank expert concludes that this inevitably leads to more poverty and despair. The direct result of this scenario is distrust in government institutions and, eventually, in the political system and its social guarantees.

This type of trust in institutions, once damaged, is difficult to repair. The ECB projects that real after-tax household disposable income will suffer an unprecedented collapse. It is looking at a 3.7% collapse between the next two years. Lower-income households will bear the brunt, says the expert.

According to projections by the International Monetary Fund, cited by Dembik, British households are among the hardest hit in Europe. Recently, this media outlet reported that the average price to fill up the tank of a family car exceeds £100 pounds sterling.