Travel and leisure stocks could be among the most effective in the midst of a post bear market. 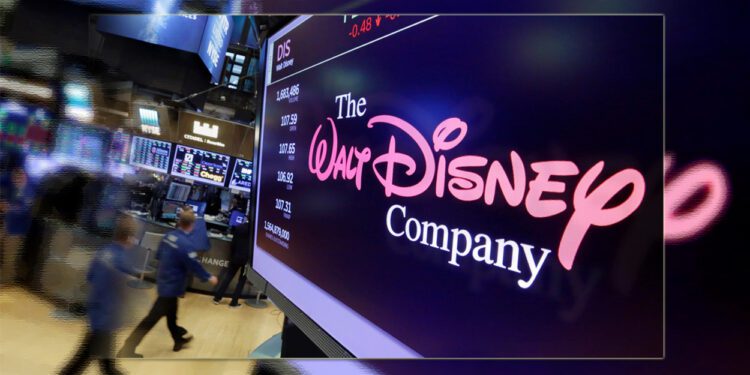 The bleeding among travel and leisure stocks looks endless and investing in them looks highly risky at the moment. Fears of a recession scenario in the economy seem to make the backdrop of most assets more opaque. However, there are stocks in this sector that could be of great interest for a variety of reasons.

For example, the shares of some big-name companies are at record lows. In that sense, when the bear market passes, there would be no difference between having invested now or waiting for them to fall further, since they would once again reach important heights. This paper analyzes three stocks in this sector, which could become sources of juicy returns at least in the medium term.

It should be considered that the recovery of Covid-19 is one of the most difficult despite the fact that confinements in the USA ended a long time ago. In addition, many companies are operating in China, a country that is not slacking in its “zero Covid” policy. Thus, the problems seem to be coming together to put downward pressure on stocks. Add to this high interest rates, and the result is that stock market prices appear to be unrepeatable in terms of discounts.

Is it worth investing in travel and leisure stocks?

Determining the bottom of the stocks in which you plan to invest is an art that few master in complex financial markets such as Wall Street. However, some stocks are in a bottoming range that they are unlikely to touch again in the future. Here are three such stocks with great potential to inject capital before the markets recover:

It should not be lost sight of the fact that these companies have been in a free fall for months as a result of global conditions. One of the most acute has to do with the confinement measures in the People’s Republic of China, where the virus seems to be exacerbating the situation. In the last few hours, contagions have reached alarming levels and the probability of starting the year with new blockades is palpable.

Central banks, led by the US Federal Reserve, are pushing to emasculate financial markets to curb inflation. It is a context that does not look at all friendly for travel and entertainment stocks. However, it is important to keep in mind that this is a temporary situation that will be followed by the recovery of the markets.

This implies that investing in shares of renowned companies such as those mentioned above can be a wise decision. Each of these companies has considerable advantages for the coming 2023 and the plans of some of them could be considered as promising. Thus, overcoming headwinds seems to be the main goal of these companies and investors are extremely enthusiastic.

It is worth noting that Wall Street analysts, consulted at TipRanks, are highly bullish overall on these three companies.

The legendary company is in the midst of a veritable whirlwind that has crowned with the departure of its CEO, Bob Chapek. Before leaving, the then CEO announced a sharp cut in staff with the aim of maximizing savings. Similarly, he undertook to raise ticket prices at his parks. Taken together, all these decisions created unease among users and nervousness among investors.

As this media outlet pointed out, investors had long been pushing for Chapek’s departure before the end of his term at the helm of the firm (expected in 2025). Now, with the return of Bob Iger, the shares have recovered some ground, but the latter’s mandate was not free of controversial decisions for the company either. The company’s new CEO will be at the helm for approximately two years. According to analysts, this is enough time to reverse Chapek’s most controversial and damaging actions.

Experts quoted in TipRanks doubt that Iger is the right person for the company at this time. It should be considered that his departure from the company in 2020 came in the midst of that year’s plunge, which did not leave a good taste in his mouth. It is expected that in his new term he will be able to look for alternatives to a negative situation of high fees and considerable losses on the Disney+ platform. These same analysts believe that the company will be a messy, but dynamic, engine come 2023.

The company’s current stock price is in a favorable range for investing. In other words, a stock below $100 for a company of its caliber can mean nothing other than that its price is undervalued. Although market conditions are negative, it’s safe to say that a legendary company with shares this low is a bargain that’s hard to pass up, at least that’s the view on Wall Street.

Another stock to consider is Booking. The stock holdings of this travel and leisure giant have taken a beating. Pandemic conditions and an economy on the brink of recession are the main sources of trouble for the company. From the recent all-time high in stock price, the company suffered a -26% plunge.

“Most leisure and travel stocks are at a discount, plus they would be among the first to rise when the current bear market passes.”

Despite these headwinds, TipRanks analysts consider this firm to be one of the broadest players within the space. A cardinal aspect of the company is its exposure to the European market where its influence is considerable. The latter, according to the aforementioned portal, has some outstanding advantages on paper.

“In particular, the European market is better known for its smaller hotel chains, compared to the U.S. or Canada, where large chains such as Hilton are popular,” they say. Booking thus reigns supreme among smaller hotel chains, which are generally difficult to find in search engines. Hence the importance of its platform in the aftermath of the current bear market or recession, should it occur.

With the advent of recession, travel demand could cool after the post-confinement recovery. At that stage, the company’s shares would become good investment options to take advantage of an impending major downturn. So far, the share price seems not to be suffering from the macroeconomic conditions, but it would be a matter of time before that happens.

Once the problems pass, demand for travel will again peak. The aforementioned qualities of Booking’s platform will make it one of the champions, since beating it is a real challenge for the competition. They seem to be perfectly aware of this situation on Wall Street, where they give it a solid buy rating. The average share price would rise 16% to $2,309 dollars.

As far as DAL stock is concerned, analysts harbor no hesitation in giving it a strong buy rating. Of the 9 Wall Street analysts analyzing this potential investment, all believe that placing capital now in this company will translate into safe returns. During the 2020 and 2021 bull market, the company enjoyed strong capital appreciation. However, the 2022 correction was violent.

From its peak to the present, the company’s shares have lost 45%, something that is positively valued by analysts, for whom the price is at an unrepeatable discount. The potential for a consistent recovery is in sight and the third quarter results are considered a testament to this. It should be noted that the company missed and came in below estimates at a $1.51 earnings per share ratio versus the expected $1.53.

But the latter was offset by the fact that travel claims were actually promising. According to the analysis portal, the company’s leadership does an impeccable job of managing high maintenance operating costs. With these measures, the company would have overcome the worst and would be ready for a post-recession situation where it would improve its capacity and its shares would have a new momentum.

All this leads analysts to conclude that DAL shares are among the must-have options to invest in now. Although the return would take a little longer than the other stocks, its arrival seems more certain, judging by the overflowing enthusiasm of Wall Street analysts.

The latter expect a 31.7% rise, which would take the shares from the current price to $46.22 per unit by next year.

Dozens of analysts expect a recession to be a reality in the United States by 2023. Betting on a “soft landing” looks like a rarity among experts. On the other hand, consensus ends when it comes to the timing and actual magnitude of the hypothetical recession. For some, it will extend through 2023 and part of 2024.

Be that as it may, the recession is not an eternal affair and its end would come sooner rather than later. From this, it can be concluded that a wide variety of stocks are now almost sure bets for great returns when it comes to investing. Among these are stocks in the travel and leisure sector. People are holding back from traveling because of the shocks, first from the pandemic and now from the possible recession. This suggests that they will come back in full force at the end of the downturn and the revenues of these companies will multiply many times over.

In short, buying the sector’s shares could be worthwhile. However, it is advisable to seek professional advice before making any moves in the stock market.

This article is for informational purposes only and should not be assumed to be investment advice on any of the companies mentioned.